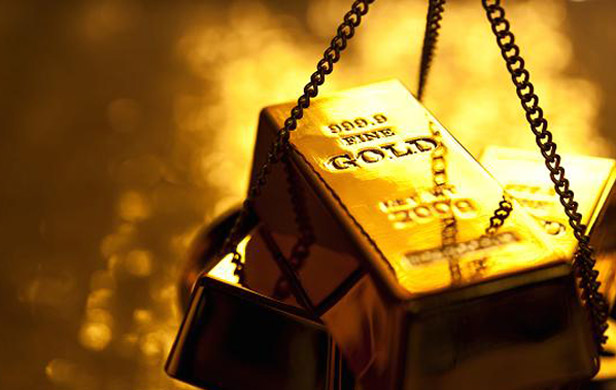 Here is the key takeaway from the National Energy Board’s conditional approval of the proposed Enbridge Northern Gateway pipeline project: The economy trumps all.

Serious environmental risks, engineering concerns, the near total rejection by public participants in the process, First Nations’ rights and staunch opposition to the project…none of this mattered one iota. The panel found that the purported economic benefits outweigh the risks – and that was that.

The same argument is deployed ad nauseam with regards to the litany of major resource-related projects being pushed by industry and governments across Canada and around the world today. From hydraulic fracturing and liquefied natural gas (LNG) to the Alberta Tar Sands and other related pipeline projects, to BC’s $10 Billion proposed Site C Dam, port expansion over farmland, and open-net pen salmon feedlots that threaten wild fish.

Yet, in all these cases, there is no real burden of proof on project proponents to demonstrate the value of their economic arguments. “The economy” means many things to many people and groups within society – not to mention regions around the globe – as it means something very different in the short-term versus the long. And there is often just as much evidence that these projects are harmful to another segment of our economy.

In short, “the economy”, according to Enbridge or the NEB or the Harper Government is more accurately described as “the economy as they see it”. It’s their economy. And in today’s regulatory landscape, it’s sufficient simply to say that a project is good – even necessary – for the economy, and Bob’s your uncle.

[quote]Oh, the economy! Why didn’t you say so? Never mind oil spills, or the specific properties of bitumen, or the climate and water impacts of fracking…If you say it’s good for the economy, then fill your boots![/quote]

That, in a nutshell, is the attitude of governments and regulators in todays’s Canada.

But let us put some of these assertions to the test.

With Enbridge, the central premise is that, because international oil markets typically pay a higher price than the domestic West Texas Intermediate exchange, Canadian producers are land-locked and stuck getting a lower value for their product than they merit. The Western Canadian Select discount on Tar Sands products, taking into account the lower quality and higher processing costs of bitumen, adds further insult to injury, we’re told. If only Canada could reach out to new markets, we’d see hundreds of billions of dollars of added value gush into the Canadian economy (only bitumen doesn’t gush, it oozes).

Yet throughout the Enbridge hearing, we heard compelling evidence about the economic risks associated with this bitumen export strategy. Independent economist and former ICBC CEO Robyn Allan has written extensively about the dangers of banking our economic future on this plan, while cautioning that the job claims made by Enbridge are wildly exaggerated.

[quote]As an economist, I am troubled by continued attempts by Enbridge to misrepresent the facts of this project…Enbridge executive Janet Holder claimed, ‘The Northern Gateway pipeline represents a $6.5-billion investment in our economy. It will create 3,000 jobs during construction and 560 permanent British Columbia jobs.’ This is just not true…Digging deeper into Enbridge’s own analysis reveals that construction jobs from Northern Gateway are just over 1,000.[/quote]

As for permanent jobs, Allan continues, “Only 78 jobs are related to the actual project.”

There is the well-documented issue of the Dutch Disease – the concept that in hitching one’s economy to the oil and gas industry results in an inflated dollar, which in turn hollows out other industries like our manufacturing sector. The topic, especially when raised by Opposition Leader Thomas Mulcair, has produced a flurry of denials, demonstrating the danger it poses to the status quo.

This is more than some fringe theory – it is widely-acknowledged by such pillars of the global financial community as the Organization for Economic Cooperation and Development, which concurs Canada suffers from this financial affliction.

Yet, Enbridge went as far as arguing at the hearings that the fate of Canada’s entire economy hinged on the success of its project. Company counsel Richard Neufeld made the laughable claim to the Joint Review Panel that if Northern Gateway were rejected, ”Canada would be facing, we submit, an economic catastrophe of unprecedented proportions.” What’s not so funny is that the JRP bought it, hook, line and sinker.

Then there are the relative lack of economic benefits versus the huge risks to BC’s economy from the pipeline. Premier Christy Clark included a “what’s in it for BC” clause in her famous 5 conditions for Enbridge. To date, nothing has been done to meet this criteria.  Moreover, changes in Canada’s immigration laws are designed to ensure a steady stream of foreign temporary workers building these projects – at  a 15% discount over Canadian labourers for doing the same job.

The cornerstone of BC’s economy today is tourism – a $13.4 Billion industry based on our “Supernatural BC” brand, which is severely threatened by the very real risk of an oil spill.

On that note, the risk factor from the proposed pipeline and tankers was virtually ignored in the NEB’s review of Northern Gateway – this despite the concerns of professional fossil fuel port and shipping engineers who intervened with detailed concerns regarding the tanker component of the proposal. In their professional opinion, the risks are too great, the math too faulty, the questions too many – despite the panel’s downplaying of these concerns.

The economic myths of fracking and LNG

The same pattern of economic arguments without evidence repeats itself throughout the resource sector today.

Fracking, we’re told, is a “game-changing” technology which will liberate North America from its dependency on foreign oil, while opening up a windfall of profits from exported LNG. So forget about the issues with water contamination, air pollution, and climate change from fugitive methane emissions, flaring, and gas-fired electricity to produce LNG. Fracking and LNG are good for “the economy” – enough said.

Yet, the evidence pouring in – from economic data to hard geoscience – suggests that fracking may yet prove the next big financial bubble, fuelled more by hot air than by natural gas.

According to leading unconventional energy expert David Hughes – a 32-year senior geoscientist for the Geological survey of Canada and leader of its national Unconventional Gas Potential Review – America’s fracking boom is quickly going bust. Hughes analyzed actual wellhead data across the five biggest US shale gas plays – accounting for 80% of total national production – and found that the average decline rate of these wells over 3 years is a staggering 84%. That means that in 3 years, a well is pretty much tapped out.

Hughes predicts that in order for America’s shale gas production to remain flat – not grow, or supply new markets – it would require 7,000 new wells every year, at a cost of $42 billion. This is what Thomas Homer-Dixon has aptly labelled “fracking to stand still” – the title of a recent Globe and Mail editorial on the subject.

So is fracking an economic miracle or a fantasy with nightmarish consequences? And even if the economic myth were true, would it justify all those holes in the ground, all that carbon in the atmosphere, all the spoiled water?

Many holes in LNG’s sinking ship

As for LNG, there are myriad reasons why the current gold rush will not pan out – at least not for regular British Columbians. For starters, while  the BC Liberal government promises tens of billions in provincial revenues, out of the other side of their mouth they talk of slashing royalties and amping up public subsidies in order to woo foreign investors. In the end, the government cannot have its cake and eat it too.

Meanwhile, as to the entire premise for LNG – that BC producers will fetch a higher price in Asia with this gas (echoing Enbridge’s argument) – Bloomberg predicts a 60% decline in the Asian price by 2020, the very year we’re supposed to first enter the market. That would amount to a $6 million loss per tanker!

To top it all off, Mr. Hughes suggests BC is vastly exaggerating its recoverable shale gas reserves, meaning this whole project could run out of steam before it gets more than a few miles down the track.

In BC, we’re also told we should flood 50,000 acres of quality wildlife habitat and farmland to build a $10 Billion, taxpayer-funded dam – all to power the proposed liquefied natural gas industry.

Again, how does this benefit our economy? If the oil and gas industry requires massive public subsidies to make its projects worthwhile  than how solid is their economic foundation to begin with? And what about the economic value of farmland – not to mention its necessity to our survival?

[quote]Agriculture is emotionally important, but economically [of ] relatively low importance to the Lower Mainland.[/quote]

And yet, the year prior to that statement, agriculture yielded $2.65 Billion for BC’s economy (that’s legal agriculture alone), with $728 million coming from the Lower Mainland – compared with $180 million in revenues for the port authority.

Also in BC, there has been great concern about the impacts of open-net-pen salmon farms on wild fish and the marine environment. We’re told that the industry is essential because of all the economic benefits it provides. And yet, the entire aquaculture industry in BC provides just 1,700 direct jobs, with about 800 coming from salmon farming. Meanwhile, being over 90% Norwegian-owned, the lion’s share of the industry’s profits flow out of the province.

That’s compared with 8,400 jobs from local sport fishing, which also contributes more than 5 times as much to BC’s GDP – and yet, somehow salmon farms are given priority over wild fish by regulators. We even compensate them with tax dollars for the fish they lose from disease!

Let’s at least have honest debate

Of course, these decisions should not be solely about “the economy”. One would hope, if our species has any chance of survival in an era of climate change, we would somehow move past this argument that the economy trumps all. But if we’re going to talk about the economy, then let’s have an honest, factual, holistic debate about the economic advantages and trade-offs of a given industry or project.

And let’s talk seriously about alternatives to a growth-obsessed, fossil-fuel-driven economy. At the very moment the world’s top climate scientists are reminding us of the dire threat of greenhouse gases, we, in Canada, are closing the door to innovation and missing the boat on the massive opportunities of renewable energy and a green economy. For all this talk of the importance of fossil fuels to Canada’s economy, we’re running unprecedented deficits. Alberta is talking about raising taxes; BC is racking up debt faster than a drunken sailor.

In this day and age, it should not be enough simply to invoke the magical word “economy” to open any door to any form of development.

That’s not economics. That’s a very dangerous form of dogma.

14 thoughts on “It’s all about the economy; No evidence required”