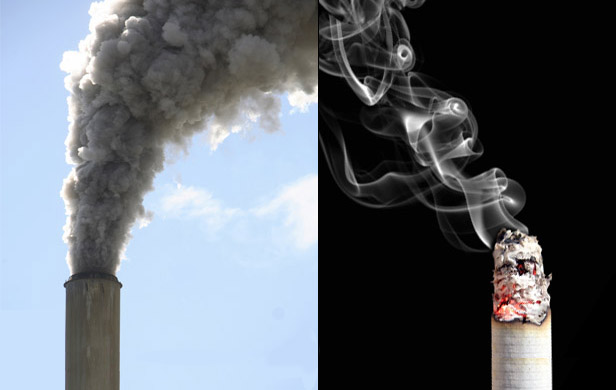 WASHINGTON – Top scientists from a variety of fields say they are about as certain that global warming is a real, man-made threat as they are that cigarettes kill.

They’ll even put a number on how certain they are about climate change. But that number isn’t 100 per cent. It’s 95 per cent.

And for some non-scientists, that’s just not good enough.

There’s a mismatch between what scientists say about how certain they are and what the general public thinks the experts mean, experts say.

That is an issue because this week, scientists from around the world have gathered in Stockholm for a meeting of a U.N. panel on climate change, and they will probably issue a report saying it is “extremely likely” — which they define in footnotes as 95 per cent certain — that humans are mostly to blame for temperatures that have climbed since 1951.

One climate scientist involved says the panel may even boost it in some places to “virtually certain” and 99 per cent.

Some climate-change deniers have looked at 95 per cent and scoffed. After all, most people wouldn’t get on a plane that had only a 95 per cent certainty of landing safely, risk experts say.

But in science, 95 per cent certainty is often considered the gold standard for certainty.

“Uncertainty is inherent in every scientific judgment,” said Johns Hopkins University epidemiologist Thomas Burke. “Will the sun come up in the morning?” Scientists know the answer is yes, but they can’t really say so with 100 per cent certainty because there are so many factors out there that are not quite understood or under control.

George Gray, director of the Center for Risk Science and Public Health at George Washington University, said that demanding absolute proof on things such as climate doesn’t make sense. Gray, who was chief scientist for the U.S. Environmental Protection Agency during the George W. Bush administration, noted:

[quote]There’s a group of people who seem to think that when scientists say they are uncertain, we shouldn’t do anything. That’s crazy. We’re uncertain and we buy insurance.[/quote]

With the U.N. panel about to weigh in on the effects of greenhouse gas emissions from the burning of oil, coal and gas, The Associated Press asked scientists who specialize in climate, physics, epidemiology, public health, statistics and risk just what in science is more certain than human-caused climate change, what is about the same, and what is less.

Almost as certain as gravity

They said gravity is a good example of something more certain than climate change. Climate change “is not as sure as if you drop a stone it will hit the Earth,” Princeton University climate scientist Michael Oppenheimer said. “It’s not certain, but it’s close.”

Arizona State University physicist Lawrence Krauss said the 95 per cent quoted for climate change is equivalent to the current certainty among physicists that the universe is 13.8 billion years old.

The president of the prestigious National Academy of Sciences, Ralph Cicerone, and more than a dozen other scientists contacted by the AP said the 95 per cent certainty regarding climate change is most similar to the confidence scientists have in the decades’ worth of evidence that cigarettes are deadly.

“What is understood does not violate any mechanism that we understand about cancer,” while “statistics confirm what we know about cancer,” said Cicerone, an atmospheric scientist. Add to that a “very high consensus” among scientists about the harm of tobacco, and it sounds similar to the case for climate change, he said.

But even the best study can be nitpicked because nothing is perfect, and that’s the strategy of both tobacco defenders and climate deniers, said Stanton Glantz, a medicine professor at the University of California, San Francisco and director of its tobacco control research centre.

George Washington’s Gray said the 95 per cent number the Intergovernmental Panel on Climate Change will probably adopt may not be realistic. In general, regardless of the field of research, experts tend to overestimate their confidence in their certainty, he said. Other experts said the 95 per cent figure is too low.

Jeff Severinghaus, a geoscientist at the Scripps Institution of Oceanography, said that through the use of radioactive isotopes, scientists are more than 99 per cent sure that much of the carbon in the air has human fingerprints on it. And because of basic physics, scientists are 99 per cent certain that carbon traps heat in what is called the greenhouse effect.

But the role of nature and all sorts of other factors bring the number down to 95 per cent when you want to say that the majority of the warming is human-caused, he said.

Seth Borenstein can be followed at http://twitter.com/borenbears