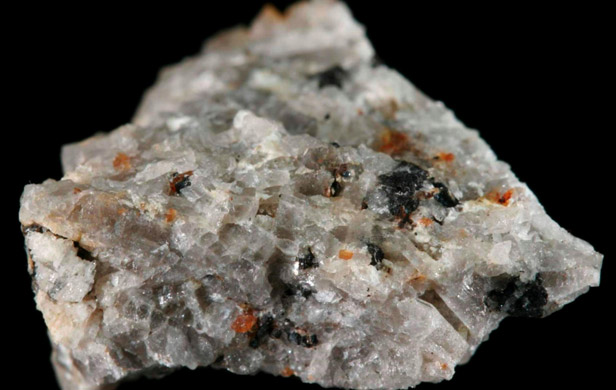 As knowledge about climate change increases, so does demand for clean energy. Technologies like solar, wind, hydro, geothermal, tidal and biofuels, along with energy-grid designs that will help us take advantage of renewables, are part of the equation, as is conservation.

But many argue that, despite Fukushima and other disasters, nuclear is the best option to reduce carbon emissions fast enough to avoid catastrophic climate change. Because of problems with radioactive waste, meltdown risks and weapons proliferation, some say we must develop safer nuclear technologies.

Even eminent climate scientists like James Hansen claim we can’t avoid nuclear if we want to reduce greenhouse gas emissions. Hansen, a former NASA scientist, with Ken Caldeira of the Carnegie Institution, Kerry Emanuel of the Massachusetts Institute of Technology and Tom Wigley of Australia’s University of Adelaide, wrote an open letter last year stating, “the time has come for those who take the threat of global warming seriously to embrace the development and deployment of safer nuclear power systems.”

“Safe” Nuclear: Is there such a thing

What are “safer nuclear power systems”? And are they the answer?

Proposed technologies include smaller modular reactors, reactors that shut down automatically after an accident and molten salt reactors. Some would use fuels and coolants deemed safer. (Industry proponents argue the low incidence of nuclear accidents means current technology is safe enough. But the costs and consequences of an accident, as well as problems such as containing highly radioactive wastes, provide strong arguments against building new reactors with current technology.)

One idea is to use thorium instead of uranium for reactor fuel. Thorium is more abundant than uranium. Unlike uranium, it’s not fissile; that is, it can’t be split to create a nuclear chain reaction, so it must be bred through nuclear reactors to produce fissile uranium.

Thorium-fuelled reactors produce less waste, and while some trace elements in spent uranium fuels remain radioactive for many thousands of years, levels in spent thorium fuels drop off much faster. China and Canada are working on a modified Canadian design that includes thorium along with recycled uranium fuel. With the right type of reactor, such as this design or the integral fast reactor, meltdown risks are reduced or eliminated.

Thorium can be employed in a variety of reactor types, some of which currently use uranium – including heavy water reactors like Canada’s CANDU. But some experts say new technologies, such as molten salt reactors, including liquid fluoride thorium reactors, are much safer and more efficient than today’s conventional reactors.

So why aren’t we using them?

Although they may be better than today’s reactors, LFTRs still produce radioactive and corrosive materials, they can be used to produce weapons and we don’t know enough about the impacts of using fluoride salts. Fluoride will contain a nuclear reaction, but it can be highly toxic, and deadly as fluorine gas. And though the technology’s been around since the 1950s, it hasn’t been proven on a commercial scale. Countries including the U.S., China, France and Russia are pursuing it, but in 2010 the U.K.’s National Nuclear Laboratory reported that thorium claims are “overstated”.

It will also take a lot of time and money to get a large number of reactors on-stream – some say from 30 to 50 years. Given the urgent challenge of global warming, we don’t have that much time. Many argue that if renewables received the same level of government subsidies as the nuclear industry, we’d be ahead at lower costs. Thorium essentially just adds another fuel option to the nuclear mix and isn’t a significant departure from conventional nuclear. All nuclear power remains expensive, unwieldy and difficult to integrate with intermittent renewables – and carries risks for weapons proliferation.

If the choice is between keeping nuclear power facilities running or shutting them down and replacing them with coal-fired power plants, the nuclear option is best for the climate. But, for now, investing in renewable energy and smart-grid technologies is a faster, more cost-effective and safer option than building new nuclear facilities, regardless of type.

That doesn’t mean we should curtail research into nuclear and other options, including thorium’s potential to improve the safety and efficiency of nuclear facilities. But we must also build on the momentum of renewable energy development, which has been spurred by its safety, declining costs and proven effectiveness.

7 thoughts on “Will thorium save us from climate change?”