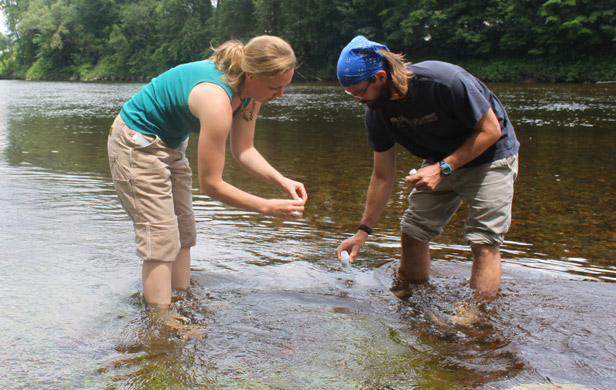 An Internet search turns up an astounding number of pages about radiation from Japan’s Fukushima Daiichi nuclear power plant meltdown that followed an earthquake and tsunami in March 2011. But it’s difficult to find credible information.

One reason is that government monitoring of radiation and its effects on fish stocks appears to be limited. According to the Woods Hole Oceanographic Institution:

[quote]No U.S. government or international agency is monitoring the spread of low levels of radiation from Fukushima along the West Coast of North America and around the Hawaiian Islands.[/quote]

The U.S. Food and Drug Administration’s most recent food testing, which includes seafood, appears to be from June 2012. Its website states, “FDA has no evidence that radionuclides from the Fukushima incident are present in the U.S. food supply at levels that would pose a public health concern. This is true for both FDA-regulated food products imported from Japan and U.S. domestic food products, including seafood caught off the coast of the United States.”

The non-profit Canadian Highly Migratory Species Foundation has been monitoring Pacific troll-caught albacore tuna off the B.C. coast. Its 2013 sampling found “no residues detected at the lowest detection limits achievable.” The B.C. Centre for Disease Control website assures us we have little cause for concern about radiation from Japan in our food and environment. Websites for Health Canada and the Canadian Food Inspection Agency yield scant information.

Not out of the woods yet

But the disaster isn’t over. Despite the Japanese government’s claim that everything is under control, concerns have been raised about the delicate process of removing more than 1,500 nuclear fuel rod sets, each containing 60 to 80 fuel rods with a total of about 400 tonnes of uranium, from Reactor 4 to a safer location, which is expected to take a year. Some, including me, have speculated another major earthquake could spark a new disaster. And Reactors 1, 2 and 3 still have tonnes of molten radioactive fuel that must be cooled with a constant flow of water.

A radioactive plume is expected to reach the West Coast sometime this year, but experts say it will be diluted by currents off Japan’s east coast and, according to the Live Science website:

[quote]The majority of the cesium-137 will remain in the North Pacific gyre – a region of ocean that circulates slowly clockwise and has trapped debris in its center to form the ‘Great Pacific Garbage Patch’ – and continue to be diluted for approximately a decade following the initial Fukushima release in 2011.[/quote]

With the lack of data from government, the Woods Hole Oceanographic Institution is asking the public for help. In January, Ken Buesseler, senior scientist and director of the Center for Marine and Environmental Radioactivity at the U.S.-based non-profit, launched a fundraising campaign and citizen science website to collect and analyze seawater along North America’s West Coast.

“Whether you agree with predictions that levels of radiation along the Pacific Coast of North America will be too low to be of human health concern or to impact fisheries and marine life, we can all agree that radiation should be monitored, and we are asking for your help to make that happen,” Buesseler said in a news release. 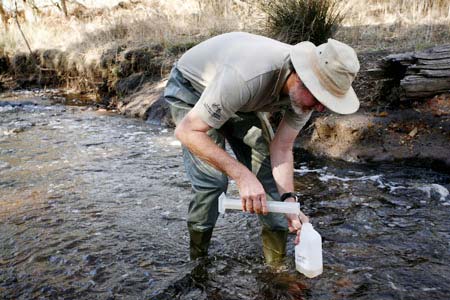 Participants can help fund and propose new sites for seawater sampling, and collect seawater to ship to the lab for analysis. The David Suzuki Foundation is the point group for two sampling sites, on Haida Gwaii and at Bamfield on the west coast of Vancouver Island. Data will be published at How Radioactive Is Our Ocean?, and will include an evolving map showing cesium concentrations with links to information about radioactivity in the ocean and what the levels mean.

The oceans contain naturally occurring radioactive isotopes and radiation from 1960s nuclear testing. Buesseler doesn’t think levels in the ocean or seafood will become dangerously high because of the Fukushima disaster, but he stresses the importance of monitoring.

The Fukushima disaster was a wake-up call for the potential dangers of nuclear power plants, especially in unstable areas. North Americans may have little cause for concern for now, but without good scientific information to determine whether or not it is affecting our food and environment we can’t know for sure. The Woods Hole initiative is a good start.