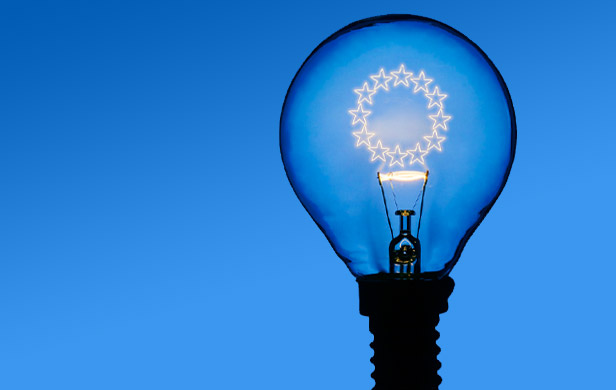 The European Union has fast become the global leader on migrating to a green economy, with its Emissions Trading System (cap and trade scheme) in place since 2005. Canada has much to learn from the current and future EU debates on establishing new targets  for 2030 – particularly how to fast-forward its badly lagging green economy following the next federal election in 2015.

The foundations for the discussions on 2030 targets are the binding EU 2020 targets.  These targets entail:

Under this system, each country has its own binding national targets based on its relative capacities to contribute to EU-wide goals.

In the case of Germany, for example, it had already reduced its emissions by 25% in 2012, thereby exceeding its Kyoto 2012 target of 21% – all while being one of the world’s strongest economies.  These facts are contrary to what Stephen Harper would have us believe to the effect that  economic development and sustainable development are opposing forces for which there can be no reconciliation.

Indeed, measured in terms of economic impacts, the EU’s progress to-date is staggering, especially with respect to job creation.  There are presently 3.5M people employed in the EU green sector, with annual job growth for the sector at 180,000 new jobs/year from 1999 to 2008.  Even during the worst of the EU’s economic crisis, most of these jobs were retained and many more were created.

Against this backdrop, to initiate EU discussions on 2030 targets and build on the momentum of the 2020 goals, the highly conservative and corporate-friendly European Commission took up the task of producing a White Paper for release on January 22, 2014.

In the months preceding the publication of the White Paper, a major debate arose among EU member nations as to whether: 1) there should be 2030 binding triple targets – EU-wide and nation-specific, and in keeping with the precedent set with the 2020 triple goals; or 2) simply have a stand-alone binding GHG reduction target to be accompanied eventually by state-specific GHG targets.  In its White Paper of January 22nd, the European Commission came down in favour of the second option.

The aforementioned Commission’s position went against the recommendations submitted in a January, 2014 letter from the energy ministers of Austria, Belgium, Denmark, France, Germany, Ireland, Italy and Portugal – written to commissioners Connie Hedegaard,  the commissioner for climate action, and Gunther Oettinger, the commissioner for energy. The letter urged binding clean energy goals for every EU nation.

It also stated that such an approach is essential to providing the renewable sector with the certainty it needs for long-term, cost-effective investments. Sigmar Gabriel, the German Minister of Economics and Energy, indicated that the extraordinary progress achieved to date would not have been possible without the combination of nation-specific binding GHG and renewable energy targets.

Particularly on the minds of those supporting binding targets for renewables is the fact that the EU is the part of a world which is most dependent on imported fossil fuels. In 2012, EU spent $740B on importing these fuels. Accordingly, the International Energy Agency has described the path to reducing this dependency as being that of greater reliance on domestically-produced, clean energy and greater energy efficiency.

In this confrontation of positions, it is the UK, in particular, that has been very vocal in opposing a renwables target because it wants to have the flexibility to include nuclear, carbon capture and sequestration (CCS), and fracking technologies in its energy strategy. Consequently, the UK has been advocating a 50% GHG target without renewables targets.

Fittingly, Oliver Krischer, German MP from the opposition Green Party, said proposals to scrap binding renewable energy and energy efficiency targets for 2030 are intended to initiate a renaissance of nuclear power and push through fracking and CCS activities through the back door.

Another big obstacle to a renewables binding target at national levels is Poland, for which coal represents 90% of its electrical power generation.

Consistent with the aforementioned debates within the EU, on February 4, 2014, Members of the European Parliament, in a plenary non-binding vote, voted 347 to 308  in favour three binding targets on national levels, a 40% reduction in GHGs; a 30% target pertaining for energy  from renewables; and a 40% improvement in energy efficiency.  This February 2014 MEP vote is consistent with the recommendations of the European Parliament’s Environment and Industry Committees on a three-target, binding approach.

According to the European Wind Energy Association, the 30% binding renewables targets for EU member states could provide 570,000 new jobs and save $818B in imports of fossil fuels, all while lowering costs for energy-intensive industries.

The MEP vote notwithstanding, it is just one step in a lengthy process leading up to final legislation in 2017.   Moreover, the vote in the European Parliament does not require member states to approve national binding targets.

On February 19, 2014, there will be a Franco-German summit on energy cooperation. Then, on March 4, 2014, the EU energy ministers will meet.  This will be followed by a European Council meeting of heads of state on March 8-9, 2014.

Further down the road, European Commission commissioners will be replaced in 2014 and firm legislative proposals are not expected before 2015, after the European parliamentary elections. Subsequently, it may take about two years before the final policies become EU law.

Adding to the cocktail of views that will contribute to these debates are the positions of clean tech sector stakeholders, adamantly in favour of national, binding renewables targets.

Taken together, the EU discussions on the pros and cons of different 2030 options could prove to be enlightening for Canadians reviewing options to catch up to the Europeans, who are already way ahead of Canada on the migration to a green economy.  Moreover, their successes and failures to date in advancing their respective countries offer models for consideration for Canada. Accordingly, as a contributor to The Common Sense Canadian, I will continue to provide articles on new EU green economy developments.

Lastly, it is worth noting that the February meeting of the European Parliament included a vote in favour of extending the EU Fuel Quality Directive beyond 2020, thus banning tar sands imports to the EU indefinitely – likely to the great displeasure of Stephen Harper.