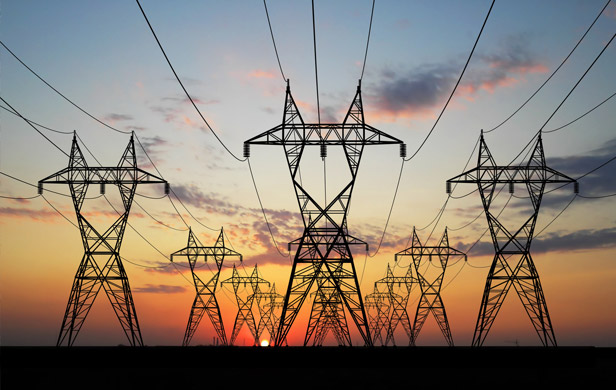 A last-minute change to the story that keeps on changing, the new rationale for the dam confirmed the suspicions of some the hearings’ observers. “We thought we didn’t need the energy,” said the Peace Valley Environment Association’s Andrea Morison, “but we hadn’t heard from Hydro or any other credible source for a long time that it was for the U.S., and we just found out it was for California.”

Over the past 3 decades, British Columbians have been given a bunch of different reasons for flooding 50,000 acres of the beautiful, agriculturally productive Peace River Valley. In the beginning, we were told that Site C was urgently needed to power “450,000 homes” – lest we face brown-outs from a severe energy shortage (we’ve never even come close).

Then, when it became apparent that BC now faces a domestic power surplus for years to come, we heard on a number of occasions from Premier Christy Clark that Site C was instead required for powering the enormously energy-intensive liquefied natural gas (LNG) process.

Finally, in what came off as a weak, “Hail Mary” attempt to justify the dam before an increasingly skeptical review panel, BC Hydro offered the following explanation:

[quote]Our hydro capacity, including the existing capacity we have, and including Site C, is perfectly suited to helping California…We see that as a big opportunity.[/quote]

“Our trading folks are working very hard to try to find a way for us to help,” replied Chris O’Riley, Hydro’s executive vice-president overseeing generation in the province.

On one level, this makes perfect sense. Of all the reasons for building Site C, powering BC’s own homes and businesses is not one of them.

We know this because in 2012, BC exported a surplus of 5,800 gigawatt hours of power – roughly 10% of our total provincial demand. That figure more than doubled from the previous year. We’re already awash in private power we didn’t need in the first place but are forced to pay over a billion dollars a year for. On top of that, despite population increases, our demand has flatlined – BC uses roughly the same amount of electricity today as it did a decade ago.

That’s how you go from allegedly needing this power for 450,000 homes to having such an excess of it that the only possible justification for flooding the Peace Valley is selling power to California!

This flatlining consumption undermines Hydro’s oft-repeated assumption that there is a direct and linear correlation between population growth and energy demand. The record suggests that’s simply not the case.

And it’s not just true in BC. According to a recent Associated Press story, the same trend can be observed south of the border – ostensibly our new market for power from Site C:

[quote]The average amount of electricity consumed in U.S. homes has fallen to levels last seen more than a decade ago, back when the smartest device in people’s pockets was a Palm pilot and anyone talking about a tablet was probably an archaeologist or a preacher. [/quote]

The combination of increased energy efficiency, conscious conservation efforts like Hydro’s Powersmart program, and higher power bills has kept consumption in check on either side of the 49th parallel.

But this should come as no surprise. Throughout its history, BC Hydro has chronically and significantly overestimated future demand – typically by 10-20% – a proud heritage that continues to this day.

Part of the issue is the way Hydro’s model for future energy demand in BC fails to take into account the effect of skyrocketing power bills for British Columbians – 28% over the next five years. And that’s without Site C, which Hydro pegs at an unbelievably low cost of $8 Billion. According to the World Bank, the average cost overrun for dams around the world is 27%. And this is the BC Liberals we’re talking about here – you know, the gang that can’t build a capital project for less than double the sticker price (see stadium roof, convention centre, Northwest Transmission Line, Port Mann Bridge).

Throw the cost of Site C on top of Hydro’s well over $20 Billion in total debt, plus over $50 Billion in high-priced contractual obligations and we can expect those bills to continue their steady climb. Just like high gas prices convince people to trade their SUVs for Corollas, so, apparently, do rate increases incentivize electricity conservation. But you won’t hear that kind of common sense from BC Hydro.

Before BC spends – let’s call it $10 Billion – of taxpayers’ money to build a dam which likely won’t produce one watt of energy until the middle of the next decade, let us pause for a moment to reflect on the utility’s last big foray into the California market: the scandalous energy crisis of the early 2000’s.

If we were deciding whether or not to build Site C based on typical spot market prices for power south of the border today, it would never happen – they’ve been far too low in recent years to make a profit off Site C’s costly power. In fact, this strategy would prove a big money loser, as our present experience dumping high-priced private power on the market today is teaching us.

Now, if the theory is that persistent drought conditions will mean higher electricity prices in California 10 years from now, well, that’s a $10 Billion gamble – one fraught with risk, which the Powerex debacle reminds us. Earlier this year, British Columbians were hit with a $750 million settlement relating to fraudulent power trading by Hydro’s export arm the last time the California market went into overdrive.

Thus, the dream of big exports to to California does not make for a sound foundation upon which to build Site C.

More than anything, Hydro’s continual flip-flopping on Site C’s need and its inability to accurately predict the future leave it with no credibility in the eyes of the public – and, let’s hope, the panel deciding the project’s future.

It’s time to pull the plug on Site C Dam, once and for all.