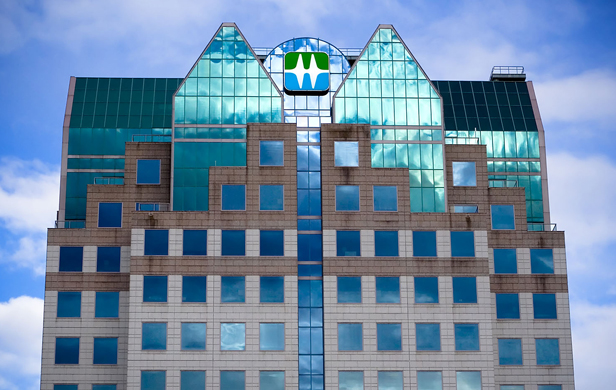 If you take BC Hydro’s recently released draft Integrated Resource Plan (IRP) at face value, you will conclude the following:

There’s only one problem: virtually none of this is true.

For starters, Hydro has a long history of seriously overestimating power demand. In the early 80s, when Site C Dam was first proposed for the Peace River, concerned citizens were told we desperately needed the power. Failure to build Site C would surely mean brown-outs across the province. Then the economy changed and the project was shelved. Guess what? No brown-outs.

Throughout the past several decades, Hydro has consistently been off by 10-20% (sometimes more) in its forecasting – which our resident economist Erik Andersen has detailed in these pages – and that proud tradition continues today.

This chronic overestimation of our power demand helped justify a massive investment in sweetheart private power contracts (IPPs) over the past decade, for which we are now paying 2-3 times the market rate. And, because it mainly comes at a time of year when we can’t use it (the Spring freshet period, when our needs are at their lowest and our big dams at their fullest), we are forced to dump much of it at a loss to our neighbours. In fact, we lost some $360 million last year on power sales, due to these IPPs.

That’s largely because we exported to neighbouring customers 7,400 GWhrs of electricity at an average contracted rate of $43 per megawatt hour, while we pay up to $90-120/MWhr for private power! Other power exports ranged in price – anywhere from one tenth to one half the cost of IPP power. According to Stats BC, last year we were a net exporter of over 5,800 GWhrs of power – more than 10% of our domestic demand.

Remember that 57,000 GWhrs we supposedly depend on each year now? Try closer to 50,000 – where our demand has been plateaued for the past several years, following a dip below that during the depths of the 2009 recession. Check out this neat accounting trick: Hydro includes as part of our domestic demand that 7,400 GWhrs of contracted sales to out-of-province customers – some of which we buy unnecessarily from private power operators, then resell at a loss! So, already, the baseline of this report is inflated by well over 10%.

The reality is our conservation efforts are working nicely already and, despite rising population, our power needs have stabilized and show no real sign of increasing above the 50,000 GWhr region where they currently sit.

That is, unless we decide that our public electricity should power a stupidly energy-intensive LNG program. To put things in perspective, just one of the dozen or more LNG plants proposed for BC’s north coast over the past year – from Shell and its Asian partners’ – would eat up the entire output of the proposed 1,100 MW Site C Dam. That’s one plant. This is because it takes enormous amounts of energy to super-cool gas and turn it into liquid, before loading it onto tankers bound for new markets in Asia.

Hydro acknowledges this in its report, suggesting that “while most LNG producers will use direct-drive natural gas turbines to run the cooling process to convert natural gas to liquid form [read: burn some of their own gas to make electricity], many are expected to take electricity for ancillary requirements, such as lighting, control systems and office requirements. Others may choose electricity for all their energy needs. As the LNG industry develops, BC Hydro will continue to support the needs of this sector.” (emphasis added)

Hydro is proposing “to meet the initial 3,000 gigawatt hours of LNG load and will prepare to meet further LNG requirements as they emerge.”

It is clear that if any of these plants are banking on using subsidized public electricity for their cooling processes, Hydro will be way out of its depth, even with Site C Dam. If, on the other hand, all they plan to do is power the lights and coffee machines at these plants, then do we really need to flood an 80 km stretch of the beautiful Peace Valley, impacting close to 60,000 acres of prime agricultural and forested lands? Do taxpayers really need to spend – let’s call it what it is – over $10 Billion on a dam we can’t afford, all to power just a fraction of the LNG industry?

The IRP’s LNG section reads like a fumbling, make-it-up-as-we-go reaction to a government program that suffers from a serious lack of clarity and reality. What does LNG really mean to our power demands? How specifically is Hydro planning on working with the industry? Should ratepayers and taxpayers bear the potentially enormous costs, environmental impacts and energy demands to help foster this industry?

LNG is a wildcard in our electricity planning that this report does nothing to resolve.

Moreover, on the matter of Site C and its need, consider that: a) we’re already a net exporter of far more power than we can expect from Site C every year (which more than doubled from the previous year) – that doesn’t sound like a province short on power, and even if it were, Site C wouldn’t be the place to start; b) The BC Utilities’ Commission – the public’s energy watchdog – has been stripped of its oversight of Site C. This is the body whose mandate it is to review projects, above all, based on need. How can we judge BC Hydro’s report and trust its assertion of the need for Site C Dam when the regulator overseeing this very thing has been barred from overseeing it?

In some matters, Hydro is on the right track, such as promoting conservation to address future potential energy demand. Like I say, this is already well underway, thanks in part to the crown corporation’s own programs, and should be an area of serious focus going forward. The significant rate increases on the horizon for Hydro customers may do more to incentivize conservation than any other measure Hydro can come up with. How has this been factored into their model?

Meanwhile, Hydro’s plans to increase flexibility and energy security within our power grid by adding turbines to existing dams and beefing up transmission capacity in certain corridors are logical (I’m not talking the convoluted, over-priced Northwest Transmission Line here).

Yet Hydro seems to pay only lip service to these sensible solutions, while it stands by its inflated projections, the need for Site C Dam, and committing our public utility to LNG.

There is one curious piece of the report, aimed at stick-handling the touchy topic of private power contracts. Two former Hydro CEOs have gone the way of the dodo for raising concerns about this program, which was, in fairness, foisted on our public utility by the BC Liberal Government.

Somewhat surprisingly, Hydro pussyfoots around the notion of cancelling some of the 47 unfinished projects for which there are 30 or 40-year contracts in place – necessary triage to slow the utility’s hemorrhaging – and coming up with cost savings from those in operation:

As BC Hydro plans to meet the future needs of customers for decades to come, it also needs to stay focused on keeping electricity rates competitive with those charged by other public utilities in North America.

The IRP recommends managing the costs associated with BC Hydro’s current energy portfolio of [Energy Purchase Agreements] and selecting the most cost-effective plan to meet customers’ needs within the context of the Clean Energy Act. As part of this cost-management effort, the IRP recommends reviewing IPP projects not yet in commercial operation and renewing cost-effective EPAs that provide benefits such as enhanced system reliability and economic activity.

NDP Energy Critic John Horgan also picked up on this nugget in the report. According to The Vancouver Sun: “Horgan said the review of independent power contracts — and possible termination of these contracts — is a significant departure for the Liberals, who have been supportive of independent power producers.” Horgan’s assumption is that the mere mention of this notion in Hydro’s report hints at a change in Liberal Government policy – which is reasonable, considering the tight control it has subjected Hydro to over the years. The crown corporation isn’t in the habit of going out on a limb with policy suggestions like this one without a mandate from its government masters.

Is it possible that the Liberals, now feeling the full weight of this IPP anchor around their ankles, faced with unavoidable, politically unpopular power bill hikes, are having second thoughts about their pals in the private power racket? Time will tell. The sooner and more of these contracts we can dump, the better for everyone concerned.

As for Site C, unless the people of BC want to subsidize the oil and gas industry with cheap public power and a $10 billion dam for LNG, we simply don’t need it. If we ever do need a little more power, we can get it from conservation, claiming an option we have for 1,200 MW (more than the total of Site C) of electricity under the Columbia River Treaty, and – heaven forbid! – buying a little power from our neighbours, as needed. If we were doing that today, we’d be paying half to a third the price for new power than what it would cost from Site C or IPPs. With our net exports trending dramatically upward, that shouldn’t be an issue for the foreseeable future.

Hydro is accepting public feedback on the draft report – with information on how to submit feedback promised this week – and will be conducting public consultations this Fall.

The environmental assessment for Site C Dam is also requesting feedback on how to structure its public hearings – submissions will be accepted up until September 16 and can be emailed to: SiteCReview@ceaa-acee.gc.ca

AUG 29 UPDATE: The BC Liberal Government announced today the cancellation or deferral of 4 IPP contracts. Minister Bill Bennett is saying the number could reach 20 by the time Hydro has completed its review, connected to the IRP process and belt-tightening mandated by the government.