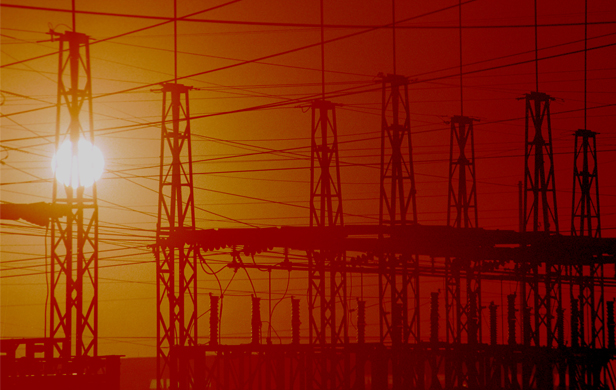 Reported by the Vancouver Sun on 17th August, 2013: Powerex (subsidiary of BC Hydro) “has reached a $750 million out-of-court deal to settle claims it drove up electricity prices in California more than a decade ago”. Energy Minister Bill Bennett indicated, “The loss [penalty] will be applied to BC Hydro’s debt in deferral accounts and paid down by BC Hydro’s five-per-cent rate-rider.”

So what was done by whom, how and when? One certainty – BC Hydro’s customers had no hand in the fraud, nor were they ever asked if they wanted their electricity supplier to be engaged in much out-of-province trading.

Trading of electricity by Powerex was historically thought of as a marginal business, only to facilitate occasionally bringing in electricity to meet provincial short-term needs and to sell temporary surpluses to others. Oh, how far off the rails did matters go?

In Enron’s salad days, its board and executives were held up for admiration for their unbridled, rapacious conduct. The Wall Street mantra, preached by the likes of Merrill Lynch and Goldman Sachs, that “greed is good”, prevailed at Enron and, by extension, with the many “wannabees”.

For no reason other than it was there to be done, California was singled out as a worthy place to enjoy the benefits of electricity “deregulation” and this transpired with Enron leading the charge.

The average annual market price for electricity – measured by the PX-Day Ahead Prices, expressed in USdollars per megawatt hour (MWhr) – were stable at $30 for the years 1998 and 1999. In 2000, this price level continued without much change through to the end of April. By December the monthly average was US$385.60 per MWhr. In an 8 month period, electricity measured at the wholesale level, had increased by nearly 1,300%.

That scale of that price increase, in such a short period, just did not make sense in what had always been a stable industry, where balance is well maintained by producers and customers. Just imagine yourself facing a 1,000% increase for gasoline, bread or water. Your sense of outrage would be through the roof, and rightly so.

This pricing change would have been recognized as a game-changer by everyone in the electricity industry in North America. Ignorance of this change by the likes of Powerex, BC Hydro and even the BC cabinet is unbelievable.

In February, 2002, two California researchers published, “A Quantitative Analysis of Pricing Behavior in California’s Wholesale Electricity Market During Summer 2000; The Final Word.” They concluded that “there is considerable empirical evidence to support a presumption that the high prices experienced in the Summer of 2000 reflect the withholding of supplies from the market by suppliers (generators or marketers)”.

This polite representation just describes the fraudulent conduct of the few to extort unearned money from the innocent and many. Morality did not exist among the producers and marketers, making all participants guilty in an active conspiracy to defraud the innocent.

So, just how big a deal was this fraudulent behavior for Powerex/BC Hydro and the government? Starting in 2000, Powerex reported a gross volume of trading in GWhrs of 23,410 at an average price of CDN$48.22 per MWhr. Given the currency differential then, this price was roughly in accord with the US prices above.

Only one year later, with volume almost the same, the average per unit price increased by nearly 500% to CDN$228.37. That change in unit price is one huge “speed bump” not to notice and ask why. It wasn’t until 2004, after the stuff hit the fan in California, did trading prices return to the normal steady state of about CDN$30 per GWhr and has mostly held there until now in 2013.

If the electricity professionals at Powerex, BC Hydro and the provincial cabinet claimed to have missed noticing a 500% price change, you would think they would have noticed unplanned revenue increases of about $8 billion over the course of 2001-2003. Long before 2003 the evidence was in of a fraud being perpetrated on the citizens of California that no one in the Pacific Northwest would have been unaware of.

Even if the $750 million settlement looks like a good deal, it is now easy to understand why the Governor of California showed Premier Campbell the back door when he, Campbell, sought to have run-of-river power generation designated “green electricity”, thereby qualifying this energy for pricing premiums in California.

Dumping this penalty onto the shoulders of BC Hydro customers is an act of accountability avoidance. The BC cabinet should be ashamed for continuing to make BC Hydro customers victims targeted for the immoral, if not illegal conduct of others.

3 thoughts on “BC Hydro customers victimized with $750M Powerex settlement”