Volumes of water, tailings and other debris released into the environment by the August 4 breach of Imperial Metals’ tailings pond at Mount Polley Mine were at least 70% higher than initial estimates, the company revealed on its website yesterday.

Now, a report from BC Tapwater Alliance, using satellite imagery from NASA and the US Geological Survey to estimate the size of the containment facility, suggests even the company’s re-estimate may still be significantly underplaying the true scale of the disaster.

While the company boosted estimates from 14.5 million cubic metres of water and tailings to over 25 million cubic meters of combined debris spilled into Polley Lake, Hazeltine Creek and Quesnel Lake, that may be just the tip of the iceberg.

The BCTWA report pegs the total surface area of the breached tailings containment facility at 225 hectares – or 2.25 million square metres (see graphic below).

According to Wendy Stueck in the Globe and Mail, “The tailings dam was about 35 metres high when it was breached”, meaning that the total volume of water and tailings contained in the facility was closer to 80 million cubic metres – perhaps slightly less, taking into account the dam’s rounded edges.*

Local environmental consultant Richard Holmes tells me that, upon recent visual inspection, much of the actual tailings remain within the containment area – not all of them having washed out of the facility with the release of water. Nevertheless, even these revised estimates from Imperial Metals are likely still on the low side.

The BCTWA report also contains a series of satellite images of the pond itself (see below), which clearly illustrate the massive ramp up in ore production Mount Polley underwent in the lead-up to the disaster. Under pressure to provide cash flow for a major new mine in Northwest BC which Imperial Metals was developing, Red Chris, the company’s increased activity led to a corresponding rised in tailings, as reported by The Common Sense Canadian following the spill.

According to Tadzio Richards of Rivers Without Borders:

[quote]Imperial Metals ramped up daily production of ore from 18,000 tonnes per day in 2009 to more than 23,000 tonnes by 2014, with production escalating in the three months just prior to the breach.[/quote]

This occurred despite at least five warnings from Ministry of Environment officials, on top of concerns expressed by the facility’s original engineer, independent consultants and even a former tailings dam foreman, Gerald MacBurney, who quit over the lack of action from the company.

The selected satellite images below, drawn from the BWTA report – chart the massive influx of tailings into the pond corresponding with the period of increased gold and copper production at the mine. 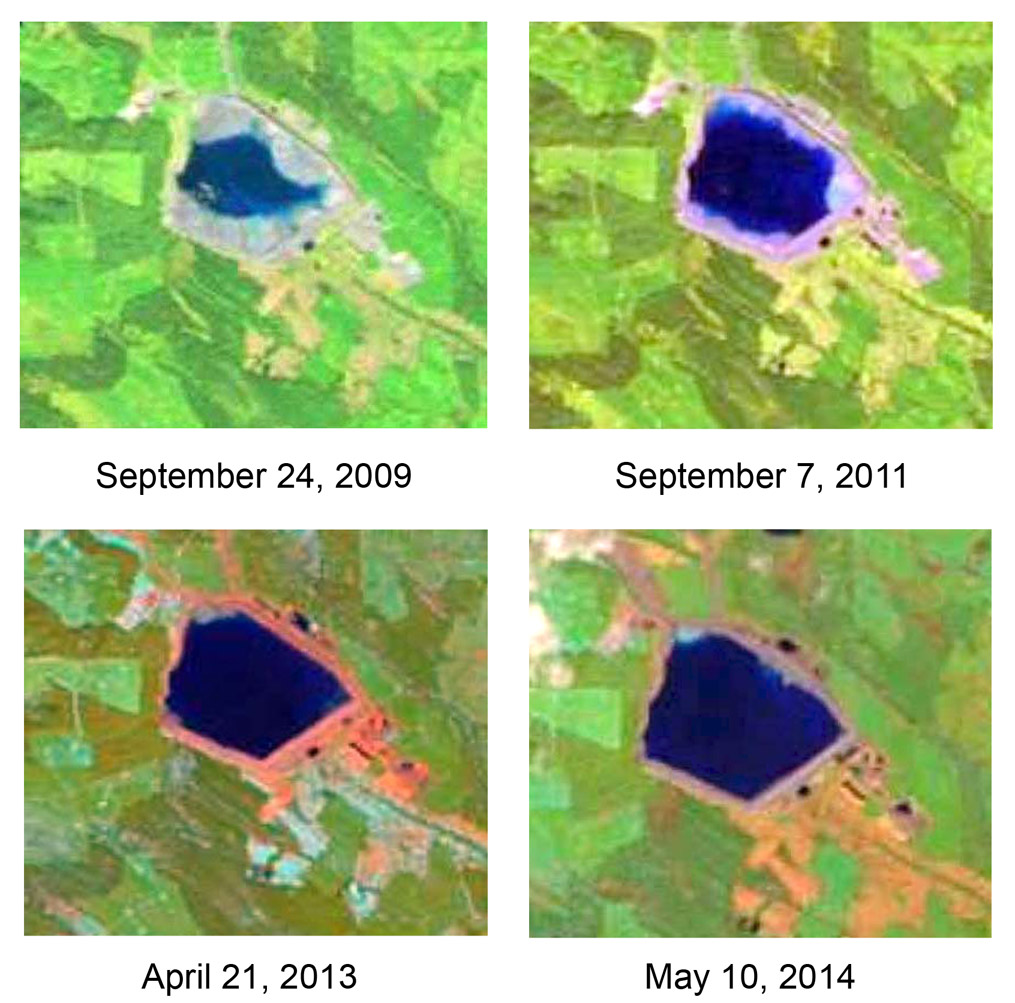 Satellite images reveal a slight decrease in tailings levels over the summer, corresponding with the deliberate, emergency release of some tailings water after a dangerous incident on May 24 of this year. According to a provincial government backgrounder:

[quote]The ministry issued an advisory to Mount Polley Mining Corporation for exceedance of the height of effluent within the tailings impoundment. The effluent level returned to authorized levels commencing June 30, 2014.[/quote]

Yet, just over a month later, the dam would burst, as this satellite imagery from the USGS shows:

The BC government has yet to respond to Imperial Metals’ increased estimates of tailings debris.