“The opposition wouldn’t know LNG if it came up and bit them, they’re totally uninformed.” – Rich Coleman, BC Minister of Natural Gas Development.

For over three years, Rich Coleman has led the BC LNG charge; however, he has taken a back seat in recent weeks as his self-imposed deadlines for progress on LNG development have repeatedly blown up.

Very little mention has been made of the non-disclosure agreements Coleman has with 12 or so companies lined up to exploit BC’s massive natural gas reserves – but that apparently does not stop him from admonishing his critics for being “totally uninformed.”

After missing his third self-imposed deadline to finally let the rest of us in on his non-disclosed, high-level negotiations, Coleman continues to hold his cards close to his chest.

While this week’s Liberal budget finally included some details on the long-promissed tax regime for LNG, it has yet to become legislated or locked in. This should be viewed as trial balloon – a proposed “framework” enabling the Liberals to say they’ve “delivered” on something. And the terms themselves show what raw deal taxpayers can expect under the Liberals’ LNG scheme (more on that in a bit).

In this, the second part of “Exploding BC LNG Myths” (See part one here), we examine the few details we have to work with to try to understand what Coleman is doing and how BC intends to launch itself to the forefront of a trillion dollar worldwide LNG industry.

[quote]While Clark campaigns for a Debt Free BC, she alone will have booked over half of the debt accumulated since we started calling the place British Columbia.[/quote]

Yet another budget of promised “Prosperity”

Claim: BC Liberals are keeping their election campaign promises of a “Debt Free BC”, balanced budgets, job creation and a prosperous future due to LNG.

False: When Clark became Premier in 2011 and began her “Debt Free BC” Campaign, total Provincial debt was 45.2 Billion dollars. Despite her government’s claims of balanced budgets with surpluses – past, present and future – BC’s total debt will climb over 50%, from 45.2to 68.9 Billion dollars.

In other words, while Clark campaigns for a Debt Free BC, she alone will have booked over half of the debt accumulated since we started calling the place British Columbia! And she will do it all before the next election. And that’s not counting the $100 Billion in additional contractual obligations they’ve racked up for taxpayers, hidden from public view.

That is a staggering, unprecedented growth in debt and there will not be one nickel of promised prosperity funds booked  from LNG revenues before the next election.

Liberals fail in job creation too

The BC Liberal Government has also lost a staggering 21 000 full-time jobs since Clark was elected less than a year ago – despite the multi-million dollar “Job Creation Plan” that was the center of her campaign of a strong economy, secure tomorrow, smaller government and thriving private sector.

Most new job creation during the entirety of the now almost three-year-old “Jobs plan” has been in in the public sector.

BC Liberals Give away the Farm

Claim (Rich Coleman): “I think people will be surprised how smart we have been with the establishment of a taxation regime for the budding LNG industry.”

Partially True: It is true that Coleman and his repeatedly-promised, non-disclosed terms still have yet to be fully divulged and legislated but what little has been disclosed and floated by the finance minister is very clever indeed. 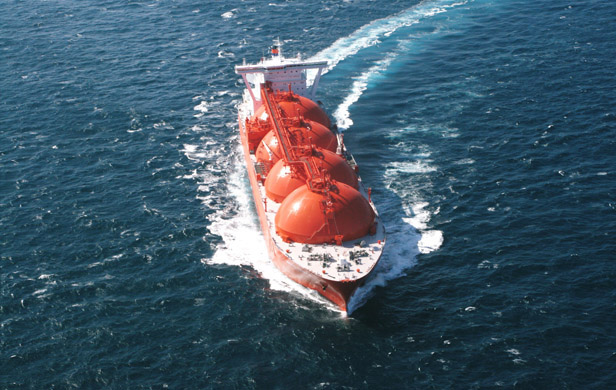 Effectively, BC will not realize any serious revenue from LNG until – wait for it – not this mandate, nor the next administration, but beyond the election after that!

The two tier tax regime floated by the finance minister does not start until ships are leaving our coast full of LNG, and for 3-5 years after that it is “tier one” rates of 1.5%. However, the kicker is that every nickle paid to BC under the pathetic 1.5% tier one rate is given back to the companies once tier two is reached.

And tier two is not much better. Tier two taxation is achieved once the LNG companies we let set up shop have recovered 100% of their costs. (Remember, Petronas alone claims investment of 36 billion dollars!) And once they have recovered costs, the tier two taxation rate of “up to” 7% kicks in – at the same time all the tax paid under tier one is given back to the companies through rebates.

At this rate, economists and experts have claimed that erasing BC’s fast-growing debt, lowering taxes and filling a 100 billion dollar prosperity fund while also underwriting the services we have come to rely on is a total impossibility, based on reasonably expected LNG revenues. And even if it was achievable, it would not begin to happen for three elections after it was promised.

“Very smart” indeed Mr Coleman – to run and get re-elected on prosperity for British Columbians, but instead deliver massive giveaways to the largest most profitable multi-national companies on earth.

Time to act: Demand an inquiry and full disclosure

Our governments have already committed to export more natural gas than we have ever produced throughout all of Canada, through as many as 11 export permits, totalling 105 mtpa for twenty five years – an oil equivalent that doubles current Tarsands production. Seven of the eleven await cabinet approval, so now is the time to be heard.

Now, as of this most recent budget, they are promising to pick up the tab for large portions of total investments, with clever tax incentives and rebates that leave the resource owners holding the bag.

They have done all of this under non-disclosure and handed it all over without even so much as a commitment from a single potential investor – not even a non-binding memorandum of understanding has been produced for the largest deals in our history.

It’s time British Columbians put the breaks on this debacle, demand full disclosure and an inquiry into the secret negotiations that have resulted in taxpayer giveaways of such unprecedented, gargantuan proportions.

Our public purse, energy security, environment and economy depend on it.