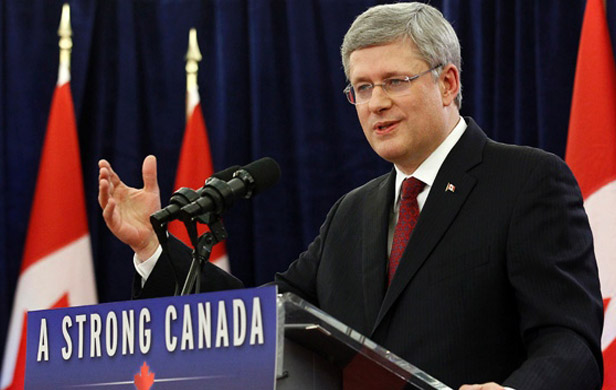 WASHINGTON – A former Harper government appointee used a keynote speech at a Washington event Monday to trample Canadian authorities’ message on oil pipelines while describing the country as an environmental “rogue state.”

Mark Jaccard became one of the first people nominated by the Conservatives to the environmental file when he was named in 2006 to the federal government’s now-defunct National Round Table on the Environment and the Economy.

Seven years later, the environmental economist delivered a lengthy rebuke of Canada’s climate-change performance at Monday’s event while the Obama administration grapples with whether to approve the Alberta-U.S. pipeline.

Jaccard, an adviser to different governments and a professor at B.C.’s Simon Fraser University, said he doesn’t want the oilsands shut down — he just doesn’t want them to grow. Said Jaccard:

[quote]On climate, Canada is a rogue state. It’s accelerating the global tragedy … The U.S. government should reject Keystone XL and explain to the Canadian government that it hopes to join with Canada (on a global climate plan).[/quote]

That message stands in sharp contrast to that of the Canadian government, which has spent millions to publicize the benefits to both countries of developing the oilsands.

Jaccard was the headline speaker at a summit tied to a well-connected Democratic donor, the so-called “green billionaire” Tom Steyer, and attended by a number of U.S. media outlets.

Jaccard has become an increasingly bitter critic of the federal government. He was even arrested last year after joining a blockade on a train carrying U.S. coal from B.C.

His disenchantment with the Conservative government reached a boil after the 2011 election, Jaccard said in an interview after his speech.

He said he tried to work with the government — not only at the Round Table, but as an adviser to then-environment minister Rona Ambrose. But after the Conservatives won a majority in 2011, the rhetoric hardened, the Round Table vanished and it became clear they had no interest in tackling climate change, Jaccard said.

In his career as an author, academic, and adviser to different governments since the Mulroney era, Jaccard also criticized the Liberals for a climate approach he still derides as a “labels-on-fridges-and-Rick-Mercer-ads” strategy to encourage behaviour changes.

More drastic policies are in order, he told his audience: greenhouse-gas emissions need to drop 50 to 75 per cent by 2050 to limit temperature growth to a 2C target — an impossible task with a growing oilpatch, Jaccard said.

The event, and the choice of location, were designed to arm-twist the Obama administration as it faces its Keystone dilemma.

It was held in Georgetown, where President Barack Obama delivered a speech in June saying Keystone would not be approved if it significantly increases greenhouse-gas emissions.

The title of the event was, “Can Keystone Pass The President’s Climate Test?” One speaker after another suggested that, no, Keystone cannot be approved without a significant increase in carbon pollution as a result.

In the hallways, the many Obama supporters speculated about when the long-awaited decision might come down. And some suggested they’ve become increasingly hopeful the project will be blocked, given Obama’s choice of words.

Former Michigan governor Jennifer Granholm even allowed herself to daydream about what an eventual presidential rejection speech might sound like. A decision is expected in early 2014.

“I think he could deliver a speech that could give him a legacy he would be proud of,” Granholm, the event moderator, said from the stage.

Earlier, Steyer described Keystone as a logical investment for the oil industry that would drive up the value of Canadian oil and ramp up development — which is precisely why he believes it shouldn’t be allowed to proceed.

“(Keystone) is a literal and a figurative line in the sands,” Steyer said. “Keystone is the economic key to unlocking the tarsands and, as such, it fails the president’s test.”

The other side of the Keystone debate was not represented at the event. TransCanada boss Russ Girling (TSX:TRP) and Gary Doer, Canada’s ambassador to the U.S., both declined to attend.