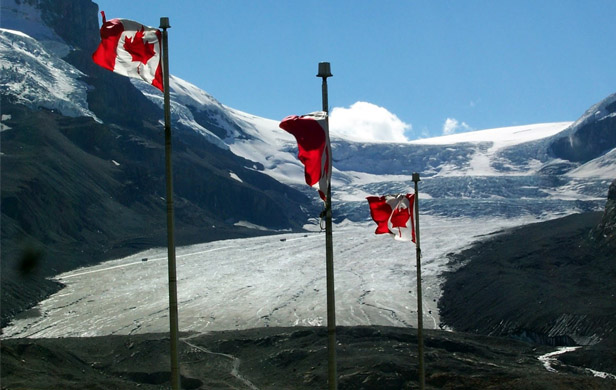 OTTAWA – The latest international report on climate change confirms that global warming is amplified in Canada and the trend is going to continue, the David Suzuki Foundation said Monday.

The report from the Intergovernmental Panel on Climate Change, which was partially released Friday before being unveiled Monday in its entirety, confirms the planet is heating up and that it’s likely human activities are to blame.

The Suzuki foundation, however, said the detailed report shows that climate change hits harder in northern countries such as Canada. Global warming is magnified at or near the polar regions, largely due to the loss of ice and snow cover.

Canada has experienced double the average global temperature increase during the last century, the foundation said, while adding that it’s not too late to cut carbon emissions and avert the worst effects of global warming. Said Ian Bruce, the foundation’s science and policy manager, in a statement:

The Harper government greeted the preliminary details of the report last week by saying it’s already acting to cut greenhouse gas emissions and by taking some partisan potshots at its political rivals.

“Unlike the previous Liberal government, under whose watch greenhouse gas emissions rose by almost 30 per cent, or the NDP, who want a $21-billion carbon tax, our government is actually reducing greenhouse gases and standing up for Canadian jobs.”

Aglukkaq’s own department, however, says the country is on pace to make it only halfway to its promise to reduce greenhouse gases by 17 per cent below 2005 levels by 2020.

Aglukkaq’s comments drew scorn from both the Liberals and the NDP.