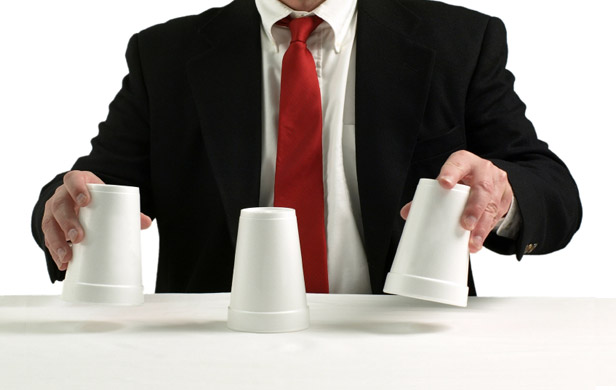 We are allowing ourselves to be mesmerized over Liquified Natural Gas (LNG).

Perhaps we’re doing this to ourselves but the sad fact is that the government’s total ineptitude is not the only story. Not that that isn’t a big story. In fact, it was magnified last week when the Liberals set their tax regime for LNG companies.

It was not 7% or anything near it. It was not even 3.5% as reported – at least in the short term. In fact, for years it will be just 1.5% and assessed, to use the vernacular, on the company’s net profit.

As Andrew Nikiforuk has pointed out so often, this may well be illusory.

There is, of course, the use of offshore regimes to disguise profits. It may well be like the film industry, where many an offer of a substantial percentage of future profits has been offered the author, only to find that – surprise! surprise! – there were no profits. Probably the classic example of this is our own Bill Kinsella, whose marvellous story Shoeless Joe was made into the runaway hit, Field Of Dreams, which somehow never made a profit.

Of one thing we can be certain – LNG companies will use every possible stratagem to avoid showing profits.

But getting down to how we are being fooled, LNG is being sold to us as environmentally benign. If not totally benign, at least it’s better than coal.

Interestingly, in an op-ed piece in the Weekend Province this past Sunday, four Labour spokespeople would have us believe that coal is a marvellous fuel. The fact that they are all involved in shipping it from Vancouver ports may have something to do with their enthusiasm. In saying that, if I were in their position, I would probably feel the same but my point is that we can’t even accept the fact that coal is a terrible polluter so how in the hell can we deal with other fossil fuels? Not to mention the fact that the latest climate science suggests that LNG from fracked gas is actually worse than coal for the climate.

The Postmedia press, of course, are so firmly up the backsides of big business and the governments they buy that they can be relied upon to publish such blatant rubbish as long as it supports their pals.

Fracking up our climate and water

The best place to start on this subject is probably Ben Parfitt’s study a couple of years ago. It is fairly long but very easy to read and understand. And is truly LNG 101. That’s because LNG is produced from natural gas, the extraction of which is highly dangerous to the environment in most cases these days. Most of the natural gas converted into LNG would be obtained from shale gas by horizontal drilling into shale rock by a process, called “fracking”, which requires huge amounts of water, such that even large bodies of water like the Williston Reservoir in the Peace River District, which supplies the Bennett Dam, are being drawn on to supply the industry.

The disposal of the water after each use is also a huge problem as it is highly toxic having been liberally sprinkled with toxic chemicals. This discarded water can get into the water table, even into drinking water.

The actual fracking process is not benign, leaves substantial scars and, as well, is seen as creating earthquake potential. It also substantially contributes to greenhouse gases ( GHG) in the atmosphere.

Moreover, LNG itself is not as benign as the producers and your utterly incompetent government would have you believe. It is safer to transport than some other forms of fossil fuels but it is far from being absolutely safe. It’s instructive to remember that when it appeared that LNG ships would go from the east coast of the US along the Canadian coast, Prime Minister Harper raised hell and it didn’t happen.

Nor is the use of LNG for power benign, by any means. It may burn cleaner than coal, but on the whole – when you consider the full life cycle from extraction to burning, it now appears it’s worse than coal.

The evidence and all of the appropriate numbers can be found in Parfitt’s paper and the studies to which he refers.

To add to this overwhelming evidence is This Changes Everything, Naomi Klein’s latest book. This Canadian bestseller will not only curl your hair, it will provide for you with irrefutable evidence that we are in our last decade of opportunity to come to grips with GHG and all of their ghastly ramifications.

The line taken by industry and governments is that Ms. Klein is a left-winger. So, I might say, is Ben Parfitt. To the extent that they are, I am as well.

Evidence, for God’s sake, is evidence. “Ad hominem” attacks are no more than cowardly efforts to disguise the truth. I am unable to find any scientific reasons or evidence that either Mr. Parfitt or Ms. Klein or the studies upon which they make their cases, exaggerate the reality.

Our problem, and especially the problem of the government, is that we simply don’t want to face reality.

Our continued denial of science

It is so much easier and more comfortable to sail along on the proposition that people like environmentalist turncoat Patrick Moore may be right.

Notwithstanding the fact that 97% of all climate scientists support the notion of human-caused climate change, we are told that there is nothing to be concerned about. Our present situation, the revisionists allege, is simply part of a weather cycle that has been going on for thousands of years. Usually some statistics are trotted out about the situation 1000 years ago.

Quite apart from all of the scientific evidence to refute these claims, what is overlooked by these idiots is that since the Industrial Revolution starting in the 18th century, it’s been a radically different ball game as we have consistently dumped more and more GHG into the atmosphere without relief. We’re talking huge amounts here.

Who do you trust?

The Issue, in my view, gets down to credibility. Whom are we going to believe? Those with such a huge stake in the status quo that they will cheerfully gamble with the future of civilization – or scientists with nothing at stake except the search for truth?

I can tell you that I don’t believe a single solitary word I hear by either the governments or big business on these issues. Not a word. They, frankly, lie through their teeth. Their evidence is self-serving and it’s instructive to remember that industry spends billions of dollars a year on public relations to convince the public that they are as pure as choirboys.

I watch baseball a lot and on the TV station there are regularly three ads – one from Enbridge, one from Suncor, and one from the Tar Sands lobby. You have never seen such bullshit in your life! It staggers the imagination to think that anybody believes a single second of these ads.

We have to make changes to our lifestyle. That does not mean we have to crawl back into caves but that we must make a substantial and dedicated effort to change our energy needs and the type of energy we use.

This, surely, can be done – but we have to get started. And that certainly doesn’t involve doubling down on LNG, fracking and Tar Sands.

If we are truly in our last decade of opportunity to get started, there is no time like now.

10 thoughts on “Shell Game: Public being fooled by great BC LNG illusion”