Did BC Energy Minister Rich Coleman outright lie in the Legislature when he promised public consultation for a massive new pipeline to draw billions of litres of water from BC’s biggest hydroelectric dam, the Williston Reservoir, to supply the natural gas industry? A new documentary from Global TV leaves little doubt he did just that.

This past weekend, Global TV’s national investigative journal, 16×9, aired a 16 min story titled “Untested Science”, on the exploding natural gas hydraulic fracturing (or “fracking”) industry in Northeast BC and Alberta. I assisted with the film, contributing a significant amount of footage from a forthcoming feature documentary project I’m working on with another Vancouver filmmaker, Fiona Rayher.

For me, the most poignant aspect of the must-see story was its coverage of the enormous use and contamination of fresh water for these fracking operations, which blast a mixture of high-pressure water, sand and toxic chemicals deep underground to crack open shale formations, thus releasing gases trapped within. The practice has become highly controversial everywhere it’s practiced around the world – generating a ban in France and moratoria in places like Quebec and parts of the Northeast United States. Meanwhile, BC, a global hotbed for the industry, has largely escaped public and regulatory scrutiny – but that’s starting to change, as this 16×9 documentary demonstrates. 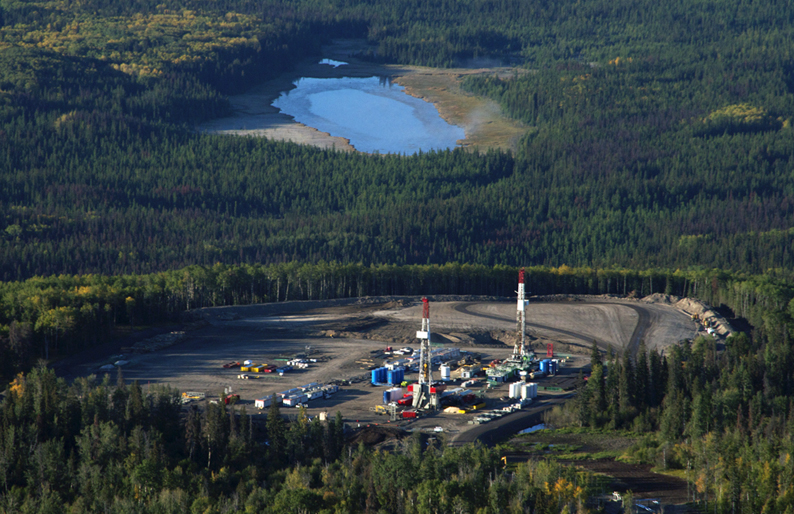 The story clearly shows Minister Coleman, responding in the Legislature this past June to a question from Independent MLA Bob Simpson – who, along with fellow Independent MLA Vicki Huntington, has worked hard to put fracking under the microscope in Victoria – regarding the then-proposed water pipeline by fracking giant Talisman Energy and Canbriam Energy into the Williston Reservoir.

Mr. Simpson asked whether the proposal by Talisman Energy and Cambrian Energy to remove 7.3 Billion litres of water a year from behind the dam has in fact already been approved, without public consultation. Here’s how Coleman replied:

“There will be an extensive process of public consultation, discussion and negotiations with First Nations before anything would go ahead.”

Two months later, the companies got their approval – in the form of 20 year water extraction licenses from the BC Government – absent any public consultation. The highlight of Global’s program is the bumbling response of Coleman to their questions about why he lied in the Legislature when he promised “an extensive process of public consultation.” Here’s part of Coleman’s feeble answer: “…And that could have been a mistake in language by me…I mean, basically what I was trying to say is that we would do government process with regards to water licenses.” 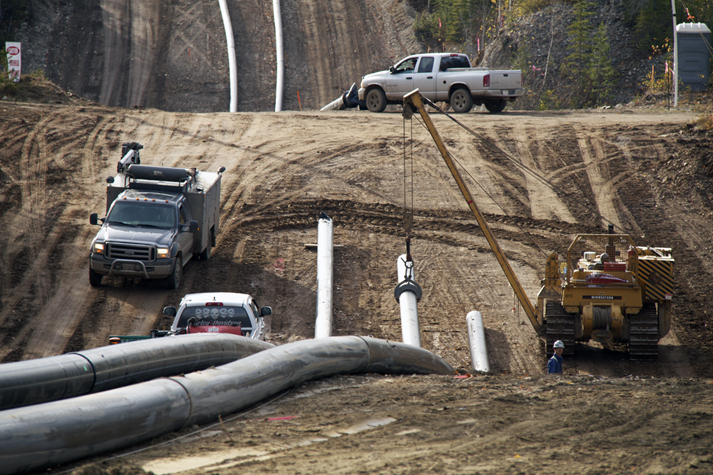 By the time I was up in the Peace Valley in early October, the construction was already well underway, proceeding at a furious pace. I counted 3 different coupling machines at work, fusing together 50-60 foot lengths of black polyethylene pipe, approximately 10-12 inches in width – for two side-by-side pipelines.

A worker there described the process to me. The machine heats up one end of each pipe, then presses them together until they bond. Each machine can fuse a new length of pipe every half hour or so. With at least three machines running, the construction of the 37 mile pipeline from the edge of the reservoir to the companies’ nearby fracking leases was progressing rapidly.

I drove out to the end of the line, where the twin pipes will eventually plunge into the reservoir and begin hoovering out 10 million litres of water every day – mind you, before it gets turned into electricity for British Columbians by passing through the dam’s turbines (it’s of course also permanently removed from the Peace River’s downstream ecologies). While filming the work underway there, a silver truck from Talisman barreled up to me. The driver rolled down his window and began barking questions at me; as soon as he ascertained I didn’t work for the company he told me to “Take my pictures and fuck off.” He claimed it was private property, to which I replied that we’d have to agree to disagree on that point – in perfectly well-mannered, expletive-free speech (okay, maybe not quite). I finished my filming at a deliberately leisurely pace, packed up and left.

What I didn’t get into with this fellow from Talisman was the fact that my family’s ranch, Goldbar at 20 Mile, sits beneath that there reservoir. It was flooded years ago to provide the people of BC with affordable electricity – not for the fracking industry to get its water. And therein lies the problem with this whole scenario – or one of them, anyway. 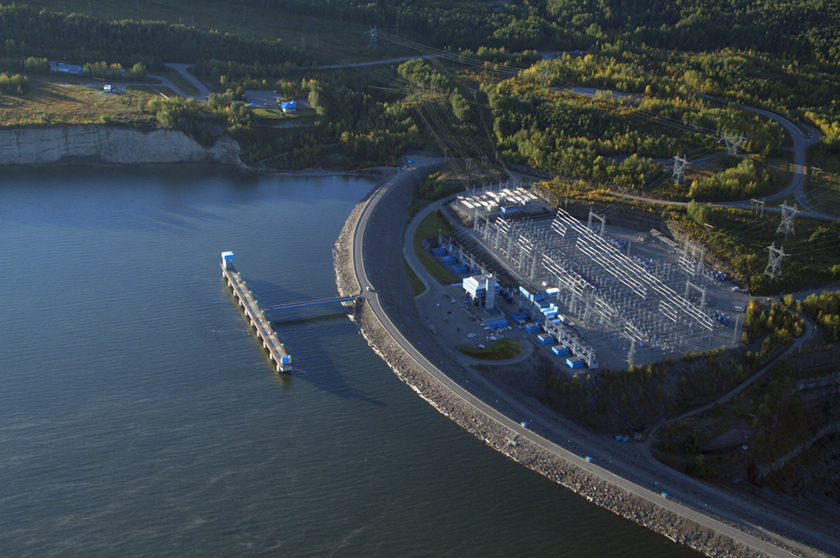 British Columbians are being told by Coleman and his government that we need to flood yet another section of the Peace River Valley for Site C Dam; and yet all of the power from that dam is destined not for BC households and small businesses, but to power the fracking industry and up to six new mines in the region (BC’s electrical demands are on a steep decline, to the point we’re currently abundantly self-sufficient in electricity).

Meanwhile, we’re sucking unmade electricity – in the form of water – from an existing hydroelectric reservoir, to provide another vital resource for fracking. And all this electricity and water go to industry at a fraction of what it’s worth. We’re currently selling power to big industry for about half what you and I pay on our residential bills – and that gap is only set to widen.

So here is the question facing British Columbians, when it comes to the fracking industry and the matter of Site C Dam:

Do you support subsidizing the oil and gas and coal industries with endless amounts of fresh water – including taking it from our public hydroelectric dam – plus building a $10 Billion new dam, to be paid for by your tax dollars and much increased power bills, all so these industries can get their power for half to a third what you pay for it?

That’s the deal Energy Minster Rich Coleman and Premier Christy Clark would have you do. Just don’t expect them to ask you this question. They’ve made their position on public consultation abundantly clear.