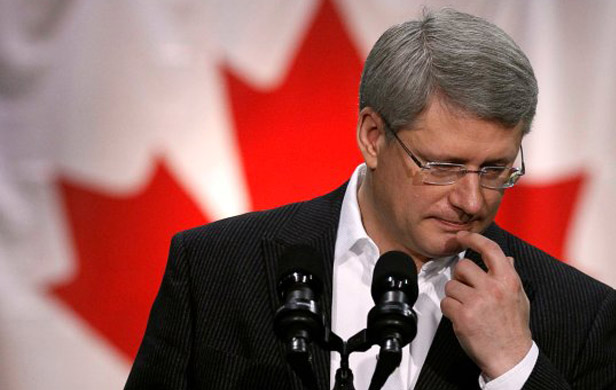 By Dene Moore, The Canadian Press

VANCOUVER – Some time in the next 10 days, the federal government is supposed to announce its final decision on the Northern Gateway pipeline — the multibillion-dollar political minefield dividing the West.

Even detractors expect the federal government to give the $7-billion project the go-ahead.

But the nod from Ottawa would not be the crest of the mountain Northern Gateway must climb before the oil — and the money — begin to flow. The path to the British Columbia coast has many hurdles left for Calgary-based Enbridge (TSX:ENB) and its partners.

A joint review panel of the National Energy Board and the Canadian Environmental Assessment Agency recommended approval of the project six months ago, subject to 209 conditions.

“The bottom line is there are 113 conditions that need to be met before construction can begin. That’s going to take a lot of time,” said company spokesman Ivan Giesbrecht.

If approved, that would be merely one more step in an ongoing process, Giesbrecht said.

“We have a lot of work to be done before we would be able to begin construction.”

There are also the five applications before the Federal Court for judicial review of the federal panel recommendation, and further court challenges are likely.

The opposition of environmental groups was always a given. Expansion of Alberta’s oil sands has become an international target for climate activists.

“Approval seems obvious. At the same time, opposition is so strong,” said Nikki Skuce, a resident of Smithers, B.C., and a campaigner for the environmental group Forest Ethics Advocacy.

That is no idle threat in a province that saw a decade-long War in the Woods over logging of old growth forests, which ended with new government regulations.

And opposition is not limited to environmentalists and First Nations.

Another crippling blow to the project came from the residents of Kitimat — the B.C. city with the most to gain as the pipeline terminus — when they voted to reject the project in a non-binding plebiscite.

Kitimat is no stranger to industry, born of an aluminum smelter in the 1950s, but for a majority of those who voted the risks outweigh the rewards.

Even the provincial government officially opposed the project at review hearings.

Victoria appears poised to reverse itself, deploying key ministers to a flurry of recent federal announcements on marine and pipeline safety. But the Liberal government may be waiting to see which way the political wind is blowing before they change direction.

“There’s a question of whether going along with the approval of the Northern Gateway pipeline will make LNG development in B.C. more challenging by angering First Nations so adamantly opposed to the oil sands pipeline,” said George Hoberg, a professor at the University of British Columbia’s school of forestry and founder of UBCC350, a group pressing for action on greenhouse gas emissions.

There is deep resistance in B.C., he said.

[quote]I think it’s likely to be approved, but I would not be shocked if it was delayed or even denied.[/quote]

The product that the pipeline would carry is a hurdle.

Opponents like Art Sterritt, director of Coastal First Nations, have said a tanker spill is possible — even likely — and cannot be cleaned up. His coalition of nine aboriginal communities remains vehemently opposed.

The greatest obstacle is the unflagging opposition of First Nations. Hamstrung by the federal government’s failure to negotiate treaties in decades of talks, the company has been left in a legal limbo.

The company said the project has 26 aboriginal equity partners and consultations continue but Clarence Innis, acting chief of the Gitxaala Nation on the North Coast, said they haven’t heard from anyone and no talks are planned.

“We’re going to do whatever we need to do to protect our territory,” said Innis, whose community is located on an island at the mouth of the Douglas Channel.

The Gitxaala are already preparing a legal challenge.

“We played by the rules,” Innis said. “We’ve been ignored.”

The fight is far from over on either side. There are hundreds of billions of dollars at stake, the company has said.

“It’s in the national interest to be able to diversify the markets that we have for our most valuable natural resource,” Giesbrecht said.

“We believe the project is the right thing for Canada, we’ve felt that way right from the very beginning and that’s why we’ve pursued it.

4 thoughts on “Enbridge battle far from over, even if Harper approves pipeline”