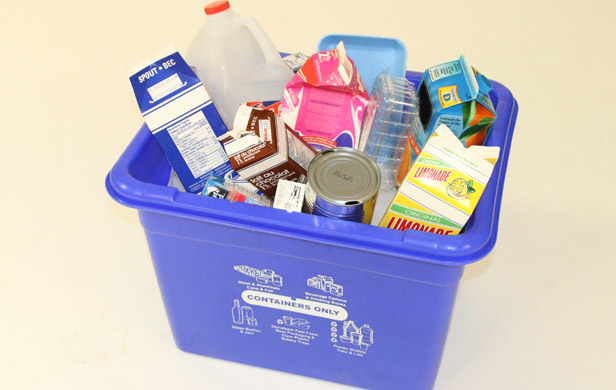 By Steven Chua, The Canadian Press

The new regulations require that all businesses that supply packaging and printed paper to B.C. residential customers be responsible for collecting and recycling the material once customers are done with it.

Anita Huberman, CEO of the Surrey Board of Trade, says this will create additional costs for businesses, which will pass the extra expenses onto consumers.

“Producers will be adding costs to food, newspapers, and other things distributed to retailers, then retailers will extend their traditional markup to consumers,” wrote Huberman in an email. “This additional cost will make them less competitive with competitors from other provinces and countries.”

Huberman says that B.C.’s recycling fees should be reduced to match those in Ontario.

However, the director of the non-profit organization overseeing the new recycling program on behalf of 940 companies says the increased costs from the new rules would only hurt small businesses, who are generally exempt from the new regulations anyway.

“I think the exemptions that have been announced by the government address many of the concerns with respect to small business,” said Allan Langdon of Multi-Material BC in an interview.

“From our perspective that’s really taken away the impact on the kind of small businesses that maybe have had a problem with the administration or costs,” he said.

Langdon says up to 3,000 corporations are affected by the new regulations and those companies who are not signed onto Multi-Material BC will have to co-ordinate their own recycling efforts.

About 1.25 million households started receiving service from the non-profit organization as of Monday, he said.

In municipalities where there are already recycling trucks, Multi-Material BC has offered cash incentives to help foot the bill, while some areas that don’t have curbside service will be seeing pickups for the first time.

Collection services for the North Okanagan, the Trail area, Rossland, the Castlegar area, Coquitlam, Anmore, Prince George and Quesnel will be phased in during the next few months starting Monday, Langdon said.

For consumers who are already putting out their recycling bins, perhaps the most noticeable change will be that some municipalities will be asking their residents to separate glass from other recycled goods.

This will prevent glass from being shattered and contaminated, which ensures that it will get recycled, he said.

The change is being implemented because Multi-Material BC is required to measure how much material is recycled — not just how much is picked up, he said.