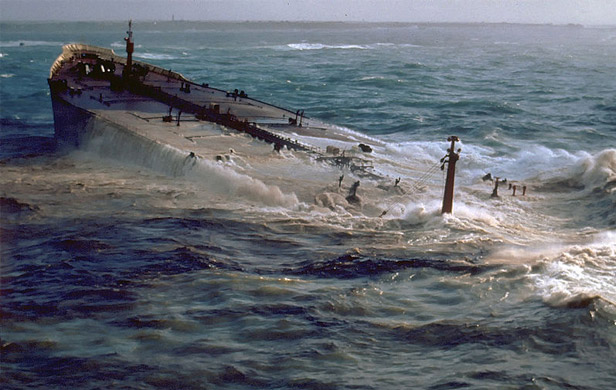 Based on the evidence presented below, we, the undersigned scholars, have concluded that the Joint  Review Panel’s (JRP) assessment of the Northern Gateway Project (the Project) represents a flawed  analysis of the risks and benefits to British Columbia’s environment and society. Consequently, the JRP  report should not serve as the basis for concluding that the Northern Gateway Project is in the best  interests of Canadians. We  urge  you  in  the  strongest  possible  terms  to  reject  this  report.

The Canadian electorate expected the JRP ruling to present a balanced and appropriate consideration of  the risks and benefits of the Project, drawing upon the best available evidence, and expressing a cogent  rationale for the final ruling.

By our analysis, the Canadian electorate received a ruling that is not balanced or defensible due to five major flaws. The Panel’s review:

Below, we expand on these five fundamental flaws that invalidate the report as an appropriate basis for your Cabinet to approve the Project.

1. Failure to articulate a rationale

The panel failed to articulate a rationale for numerous findings, and failed to satisfy the criteria of  “justification, transparency and intelligibility” expected of administrative tribunals. Such a rationale is  fundamental to both scientific and legal judgment. The Panel’s charge was to determine whether the  Project is in the public interest of British Columbians and Canadians, based on a critical analysis of the Project’s economic, environmental and social benefits, costs and risks over the long term. Instead of  such a balanced consideration, the panel justified its recommendation of the project by summarizing the  panel’s understanding of environmental burdens in five short paragraphs and judging that these adverse environmental outcomes were outweighed by the potential societal and economic benefits.  Without a rationale for why the expected benefits justify the risks (e.g., why must an environmental effect be certain and/or permanently widespread to outweigh economic benefits that themselves are  subject to some uncertainty?), any ruling of overall public interest is unsupportable.

The panel included in its deliberation a broad view of the economic benefits, but an asymmetrically  narrow view of the environmental risks and costs. The need for the Project as stipulated by Enbridge  includes consideration of the enhanced revenues that would accrue from higher prices for oil sands  products in Asian markets. These enhanced revenues are benefits to producers from production. The  environmental risks, however, were only considered if they are associated with transport, not  production or later burning/consumption. All negative effects associated with the enhanced production  of oil sands bitumen, or the burning of such products in Asia, were excluded, as were greenhouse gas  emissions generally. This exclusion of the project’s contributions to increased atmospheric emissions  undermines Canada’s formal international commitments and federal policies on greenhouse emissions.  Other key issues omitted include the difficulty of containing freshwater spills under ice, as has already  been demonstrated on the Athabasca River from oil sands developments.

3. Reliance on information from the Proponent, without external evaluation

On critical issues, the panel relied on information from the proponent without external assessment. For  example, on the pivotal matter of the risks of a diluted bitumen tanker spill, the panel concluded that a  major spill was unlikely. Yet, a professional engineers’ report concluded that the quantitative risk  assessment upon which the panel relied was so flawed as to provide no meaningful results. Regarding  the consequences of such a spill, the panel relied on the proponent’s modeling to conclude that the  adverse consequences of a spill would not be widespread or permanent, even as it acknowledged that  there is much uncertainty about the behavior of diluted bitumen in the marine environment. That  modeling discounted the prospect that diluted bitumen could be transported long distance by currents,  when the product submerges, as it does under a wide range of conditions. Thus, the panel may have  underestimated the scale of potential damages. Because the proponent is in a clear conflict of interest,  an independent assessment of potential oil spill damage should have been commissioned.

A decision on the potential for significant adverse environmental effects on any species or habitat must  be consistent with the government’s own official documents. The panel’s conclusions that marine  mammals in general will not suffer significant adverse cumulative effects stands in direct contradiction  to the government’s own management and recovery plans. For example, the Recovery Plan for large  whales (blue, fin, and sei whales—species-at-risk under the federal Species at Risk Act, SARA) lists  “collisions with vessels, noise from industrial … activities, [and] pollution” as imminent threats —all  three threats are associated with the NGP proposal. Contamination has also been identified as a threat  for other marine mammals: the management plans for both the sea otter and the Steller sea lion identify a risk from marine contamination—in particular the acute effects of large oil spills, but also from  the toxicity of smaller, chronic spills that are likely to increase proportionally with vessel traffic. The  panel also failed to account for newly identified critical habitat of the humpback whale and failed to  specify how the proponent’s mitigation plan would reduce the significant risks from increased shipping,  a serious threat identified in the recently published Recovery Strategy for the species. A plan to manage the threats to the species and its habitat is a legal requirement given that the humpback whale  is a species of Special Concern under SARA.

The panel effectively treated uncertain risks as unimportant. For instance, Northern Gateway omitted  specified mitigation plans for numerous environmental damages or accidents. This omission produced  fundamental uncertainties about the environmental impacts of Northern Gateway’s proposal  (associated with the behaviour of bitumen in saltwater, adequate dispersion modeling, etc.). The panel  recognized these fundamental uncertainties, but sought to remedy them by demanding the future  submission of plans. However, the panel described no mechanism by which the evaluation of these  plans could reverse their ruling. Since these uncertainties are primarily a product of omitted mitigation  plans, such plans should have been required and evaluated before the JRP report was issued. To assume  that such uncertainties would not influence the final decision of the panel, is to sanction the  proponent’s strategic omissions, and effectively discount these potentially significant risks of the  Project, to the detriment of the interests of the Canadian public.

The JRP report could have offered guidance, both to concerned Canadians in forming their opinions on  the project and to the federal government in its official decision. However, given the major flaws  detailed above, the report does not provide the needed guidance. Rather, the JRP’s conclusion—that  Canadians would be better off with than without the Northern Gateway Project given all  “environmental, social, and economic considerations”xvii—stands unsupported.

Given such flaws, the JRP report is indefensible as a basis to judge in favour of the Project.

Read: It’s all about the economy…no evidence required

7 thoughts on “300 scholars to Harper: Enbridge recommendation based on junk science”