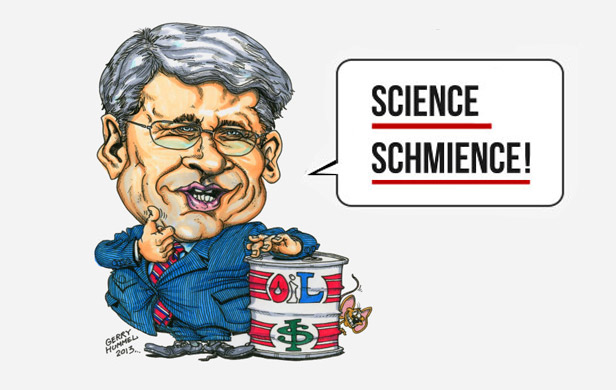 Before I get onto the federal election, let me say I have never been more depressed about governance in this country.

A recent note from a reader pointed out the atrocious record of the Christy Clark government in erasing emails, losing emails, redacting emails (that’s bureaucratese for blacking out anything that might possibly embarrass the government), throwing sand in the gears for anyone who wants public information and on it goes. What struck me is that this egregiously evil behaviour is buried in scandals in the Health Ministry and the Ministry of Children and Families, the skyrocketing provincial debt since Christy Clark took over, not to mention her look of teenage adoration when dealing with out and out crooks in her LNG giveaways; all while utterly neglecting her duty to protect our homes, coastlines and waters from the inevitable consequences of her LNG pipe dreams.

The extent of her reckless negligence is that it’s hard to concentrate on individual outrages like censorship of public information. Moreover, she is never mildly challenged by the “poodle press” which bury her shenanigans in the recesses of their rags, if they mention them at all, while giving “Position ‘A'” to the Fraser Institute and the Canadian Taxpayers’ Federation.

Too bad May couldn’t be PM…

The Federal election is a bankruptcy of real choices. The outstanding candidate by far, and I apologize for damning her with faint praise, is Elizabeth May. It’s a shame that she won’t be prime minister. Far from being just an environmentalist, she has a firm understanding of the history of this country, the geographical distortions and demographic differences, and the sad state of our parliamentary system. She also has a deep love and understanding of our province.

Ms. May has profited from her experience in Parliament and knows that it doesn’t work because of the deliberate maneuverings of Stephen Harper. She recognizes that MPs must have their power and dignity restored and will, win or lose, do her best to do something about it. Any who have heard Elizabeth May speak (indeed just watched the debates where, despite Harper’s constant interruptions, she impressed all) know that she’s an outstanding person who’ll serve us well in whatever role she’s called upon to play.

Little need be said about Harper since so much already has been. Surely, the hearing to find out whether or not CSIS and the RCMP illegally tapped the telephones of and spied on environmentalists tells all about Harper and the C-51 mentality of present-day Tories. That this could happen in Canada is horrible enough; that the prime minister approves of this behaviour assures all Canadians that it’s unsafe in Canada to dissent from the establishment opinion without being spied upon by the Canadian Gestapo, and tells us all we need know about Harper. Another four years of his progress towards absolute power is too frightening to contemplate.

Lest you think I exaggerate, remember this – no Conservative MP has any power whatsoever to do anything or say anything on his or her own. The PMO tells them what to say, when to say it, what questions to ask, what speeches to make, what press releases to issue and, of course, how to vote. Any independence is subject to political capital punishment.

Harper: LNG too dangerous for East coast, OK for BC

Tory MPs no longer represent their constituencies and only care about those within them that “vote right”. My MP, John Weston, refuses to deal with uncomfortable questions such as:

[quote]Why does the Harper government forbid all LNG traffic on the Atlantic coast and enthusiastically support it on our coast?[/quote]

This though he was asked by mail and publicly. Just one of many examples.

On our most significant issue, the proposed LNG plant in Squamish, Weston, on orders from Harper, pressured the West Vancouver Council to rescind its opposition, rather than listen to them and take their concerns back to government. They told him to get stuffed.

Harper doesn’t give a damn about Howe Sound, so neither, then, does Weston – even though all municipal councils in this huge riding have opposed it!

We are badly handicapped by the absence of a Free Press, including true investigating journalists and dedicated critics as we once had. Let me give you a case in point.

Stephen Harper is stacking The Supreme Court of Canada with right-wingers so that the conservative agenda, which includes violating the Charter of Rights and Freedoms whenever necessary, will prevail. This has been largely ignored but independence of the judiciary from political bias goes to the very root of our system.

Why was there such a big fuss?

For the same reason there should be one here.

The Court has been set up to be “independent” of the executive and legislative branches – and for a good reason. If most members of the Court are just toadies of the Prime Minister who appointed them, then he can violate the Constitution to his heart’s content, comfortable that his Court won’t interfere.

The entire process of appointing Supreme Court of Canada judges is badly flawed and it’s a cinch for an unscrupulous PM to manoeuvre to enhance his own political agenda. Harper certainly has no desire to change this and, instead, given another four years to appoint more right wingers, he’ll unblushingly do so.

The question is, where are Mr. Trudeau and Mr. Mulcair on this issue? It is a deadly serious one, even though you would never know that reading the Postmedia press or, indeed, the Toronto Globe and Mail.

What about the disgraceful state of the House of Commons? Does any leader truly intend to give power and dignity back to the MP and thus weaken their own influence? If so, they haven’t shown much inclination thus far.

Justin Trudeau talks a good game and speaks of easing party discipline but that’s partly because he’s running scared of Mr. Mulcair. His record is less than the glittering. For example, he suspended two MPs for alleged misconduct with two female NDP MPs.  Given no opportunity to publicly defend themselves, they stand convicted in the public mind and their political careers destroyed without recourse. Does that sound like open government to you?

In Mulcair’s time as leader, not one NDP MP has taken an independent line, such is his ironclad discipline. Does that sound like a man who favours freedom for his MPs?

I am, frankly, more concerned about the leaders in terms of their policies towards British Columbia.

I need hardly say, then, one of the critical issues to British Columbia is the environment and, in particular, pipelines, LNG plants and the fossil fuel issue in general.

A swath of key seats in the Greater Vancouver region is wrapped up in the Kinder Morgan expansion controversy. I oppose this expansion, as do a great many citizens in those constituencies.

Here is what Mr. Trudeau has to say – and one is reminded of Mackenzie King, when during World War II, he famously said “conscription if necessary but not necessarily conscription”.

Trudeau, for his part, has stated his support for pipelines done the “right way that is sustainable, that has community support and buy-in, and that fits into a long-term strategy of not just a sustainable environment but a sustainable economy.”

Mulcair isn’t a hell of a lot better. He doesn’t condemn the Kinder Morgan expansion but has denounced the National Energy Board review process, saying an NDP government would “start a new Kinder Morgan assessment based on tougher environmental legislation and a more open public consultation process”. That’s political double talk for “we’ll get rid of the present, obviously fixed process and bring in more subtle, fixed process of our own before approving the pipeline”.

Time to take a stand against LNG in Howe Sound

On LNG, I say without hesitation that Howe Sound belongs to all British Columbia, not just those of us who live on it. I spent much of my boyhood there. I learned about the outdoors there. I have never lost my love for this beautiful fjord – the southernmost in our province – and, like so many of my neighbours from North Vancouver to Sechelt and beyond, know how fragile it is.

We’ve seen it restored over the last few decades after industry and a mine closed. I look out and see Orcas back and migratory fish have returned to their old spawning routes. Thanks to a lot of hard work by not just locals but British Columbians all over the province, Howe Sound is Howe Sound again, yet both governments are bent on destroying it for a few pieces of silver.

Everyone knows about the proposed LNG plant for Squamish – everybody, evidently, except Messrs Trudeau and Mulcair. If they do know about it, they’re keeping it to themselves. Harper doesn’t know about it either, but then he he’s always in favour of anything a fossil fuel company does anywhere, no matter how they do it. John Weston, our Tory MP, is as useless as tits on a bull – a glowing example of a Harper Tory who does precisely what he’s told and whose mantra is “the environment is the economy”. God help us!

This issue should to bother the hell out of all of us. Woodfibe LNG is owned by a big time tax-evader and an environmental rapist. Moreover, as readers of this column will know, Howe Sound is demonstrably too narrow for LNG tankers. And both governments support the crook.

Harper has BC on short leash

I have a theory that I will try out on you.

Remember the HST debacle? As I recall, at the end of that exercise, British Columbia owed Ottawa some billion and a half dollars, more or less.

My suspicion simply is this: Harper and Clark have an understanding that if Christy cooperates with him like a good little girl on fossil fuel issues, especially pipelines and LNG, no one will push for the HST money. That’s why there’s no opposition from her and she hasn’t complained about the phoney National Energy Board. In my theory, these two are hand-in-hand political lovers and will be as long as Christy behaves herself. (Granted, there was some mention back in 2012 of a 5-year plan to repay the HST monies without interest, but we’ve heard nothing of it since, so it does beg the question of what happened on that file).

If I am wrong, and Christy has repaid or is repaying this money, The Common Sense Canadian will say so promptly and prominently and I will withdraw my suspicion.

Whether this theory is correct or not, we British Columbians will have to fight this Woodfibre LNG outrage on our own, for we’ll clearly get no help from any prime minister to come unless by a blessed miracle it’s Elizabeth May.

Thus it would seem that the only thing British Columbians can hope for is a nicer person at Sussex Drive.