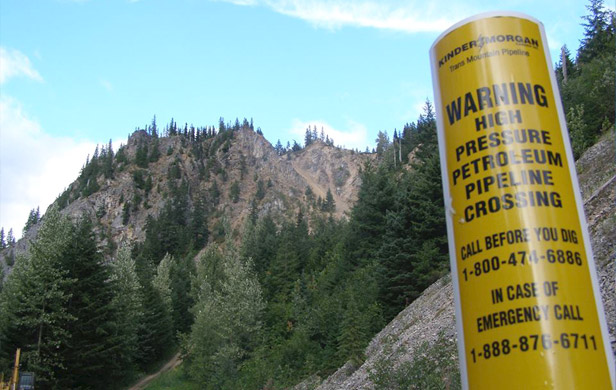 You may have heard about controversial amendments to the Park Act by way of Bill 4, the Park Amendment Act, which critics say are to allow industrial “research,” or even industrial activity, in B.C. parks.

Over 160,000 people have signed a petition opposing Bill 4. However, B.C. Environment Minister Mary Polak insists that the types of research to be allowed are minor, and that the amendments have nothing whatsoever to do with allowing pipelines in B.C. parks.

Before Bill 4, any research done in a park had to be “necessary for the preservation or maintenance of the recreational values of the park involved.” But as we’ve recently learned, pipeline giant Kinder Morgan has, with a permit from the B.C. government, been conducting research in B.C. parks for their pipeline expansion project since November 2013, four months before Bill 4 was introduced.

As you read this, researchers hired by Trans Mountain L.P., a subsidiary of Kinder Morgan, are already at work evaluating the feasibility of building its controversial pipeline expansion through five B.C. parks and protected areas, taking soil samples and electro-shocking fish.

The eventual aim is to have these lands taken out of the parks. In some cases the new pipeline will widen the right of way through the park alongside the existing Kinder Morgan oil pipeline, but in other cases entirely new pipeline routes through parks are being considered.

The B.C. government has recently admitted that this industrial park use permit was likely illegal under the Park Act. That’s because the legislation gives B.C. parks a high level of legal protection (who knew?), requiring (as mentioned above) that activities provide a benefit to the park.

So with no public consultation it rushed through Bill 4, the Park Amendment Act. In the legislature, Polak, the environment minister, admitted:

[quote]The reason we brought forward the amendment — and I would say one of the reasons that the consultation has not been aggressive or thorough on this — is that we are seeking to ensure that we have the statutory authority for things that up until now we took for granted that we did….

We’ve been advised that the granting of the permits as we have done likely would not stand the test of a [court] review, and therefore, we need to amend the Park Act to ensure that we can continue on with what we have been doing but with the statutory authority so that we would not be in a case where either the granting of or the denial of the application for a permit could be successfully challenged and overturned based on our lack of authority. [Emphasis added][/quote]

Bill 4 explicitly allows the environment minister to authorize research into the “the feasibility of the location, design, construction, use, maintenance … of a pipeline,” and research intended to “inform a [government] decision … in relation to the boundaries of the protected area.” The government has suggested that the Bill 4 amendments were mostly for the film industry or low impact academic research. But Bill 4 is clearly equally about large-scale industrial development, such as the pipeline development being investigated by Kinder Morgan.

Surprisingly, while the government acknowledges that Bill 4 is about authorizing permits like the Kinder Morgan park use permit in future, it does not correct the legal error for a permit issued in November. So in our view, Kinder Morgan continues to be acting under an illegal permit.

Agricultural land to be plowed under for industry too

We hope that these two bills are not part of a broader trend towards weakening laws intended to protect the environment and public values in order to give industry more “flexibility.”

Minister Polak and B.C. Premier Christy Clark need to stand up for our parks. They can start by revoking the illegal Kinder Morgan permit, and by committing not to change B.C.’s laws to accommodate industrial development.