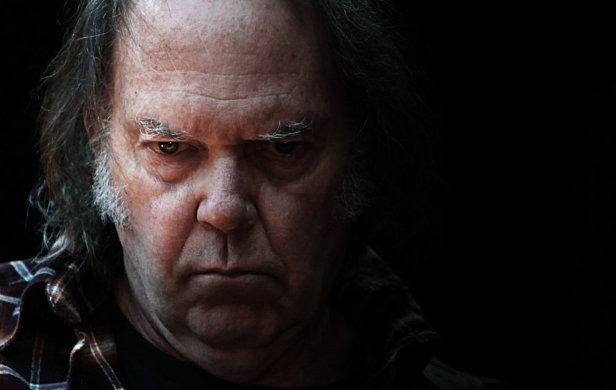 The Canadian music legend has waded into the debate over the Keystone XL pipeline with inflammatory comments that compare Fort McMurray, Alta., to the scene of an atomic bomb strike.

Young declared himself “against the Keystone pipeline in a big way” as he described a recent driving visit to Fort McMurray, home base to northern Alberta’s oil sands development.

“The fact is, Fort McMurray looks like Hiroshima,” Young, 67, said at an event Tuesday in Washington hosted by Democratic Senator Harry Reid and the National Farmers Union.

[quote]Fort McMurray is a wasteland. The Indians up there and the native peoples are dying. The fuel’s all over, there’s fumes everywhere. You can smell it when you get to town.[/quote]

“Fort McMurray is a wasteland. The Indians up there and the native peoples are dying. The fuel’s all over, there’s fumes everywhere. You can smell it when you get to town.”

His comments came the same day that Natural Resources Minister Joe Oliver was in the American capital talking up Canadian environmental policy and TransCanada’s Keystone project, which is designed to carry Alberta oil sands bitumen to refineries on the Texas gulf coast.

“This is truly a disaster and America is supporting this,” Young said of the oil sands.

“It’s very unfortunate that this is where we get the majority of our fuel from.”

Oliver, through his office, issued a short email response Tuesday.

“I am a fan of Neil Young’s music,” said the minister.

“But on this matter we disagree because Keystone XL will displace heavy oil from Venezuela, which has the same or higher greenhouse gas emissions, with a stable and secure source of Canadian oil.”

Air-quality readings are better than most metropolitan cities, said Gibson.

“I would have loved to give Mr. Young a chance to see the Fort McMurray I know,” he said.

[quote]Young, in his address, likened the jobs that will be created by the $5.4-billion Keystone pipeline project to digging a bottomless pit.[/quote]

Young, in his address, likened the jobs that will be created by the $5.4-billion Keystone pipeline project to digging a bottomless pit.

“I’ve seen a lot of people that would dig a hole that’s so deep that they couldn’t get out of it, and that’s a job too. And I think that’s the jobs that we are talking about there with the Keystone pipeline,” said Young.

Young, who has lived in the United States since his early 20s but remains a Canadian music icon for songs such as Helpless, After the Gold Rush and Heart of Gold, has a long history of wading into politically sensitive territory.

He’s been involved with Farm Aid, an organization to save family farms, for decades.

In 1970 he wrote and recorded a raging ode to four students shot dead by National Guardsmen at Kent State University during protests of the Vietnam War. The song, Ohio, hit the airwaves within three weeks of the shooting, further inflaming an already impassioned U.S. debate.

His songs Southern Man and Alabama, about racism in the American south, prompted a blistering musical riposte from the band Lynyrd Skynyrd, Sweet Home Alabama.

His 1975 song Cortez the Killer was banned in Spain by Gen. Francisco Franco because of its dark depiction of Spanish imperialism.

Young recorded a tribute single in 2001 to the doomed passengers aboard United Airlines Flight 93 following the terrorist attacks of Sept. 11.

His 2003 album Greendale was a folksy indictment of environmental degradation, government corruption and the news media, and in 2006 his Living With War album took aim at the continuing military morass in Iraq, including the less-than-subtle song, Let’s Impeach the President.

Young said he drove his hybrid 1959 Lincoln Continental, which runs on ethanol and electricity, up to Fort McMurray while traversing the continent from his California home to Washington over the last two and half weeks.

“That’s a long way, I still feel it,” he said of the long detour north.

9 thoughts on “Neil Young: ‘Fort McMurray is a wasteland’”