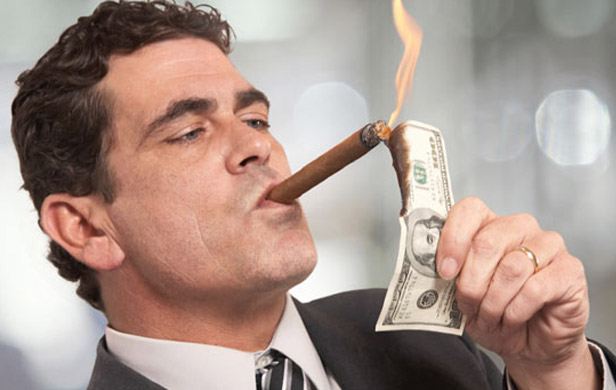 Governments, media and much of the public are preoccupied with the economy. That means demands such as those for recognition of First Nations treaty rights and environmental protection are often seen as impediments to the goal of maintaining economic growth. The gross domestic product has become a sacred indicator of well-being. Ask corporate CEOs and politicians how they did last year and they’ll refer to the rise or fall of the GDP.

It’s a strange way to measure either economic or social well-being. The GDP was developed as a way to estimate economic activity by measuring the value of all transactions for goods and services. But even Simon Kuznets, an American economist and pioneer of national income measurement, warned in 1934 that such measurements say little about “the welfare of a nation.” He understood there’s more to life than the benefits that come from spending money.

My wife’s parents have shared our home for 35 years. If we had put them in a care home, the GDP would have grown. In caring for them ourselves we didn’t contribute as much. When my wife left her teaching job at Harvard University to be a full-time volunteer for the David Suzuki Foundation, her GDP contribution fell. Each time we repair and reuse something considered disposable we fail to contribute to the GDP.

To illustrate the GDP’s limitations as an indicator of well-being, suppose a fire breaks out at the Darlington nuclear facility near Toronto and issues a cloud of radioactivity that blows over the city, causing hundreds of cases of radiation sickness. All the ambulances, doctors, medicines and hospital beds will jack up the GDP. And if people die, funeral services, hearses, flowers, gravediggers and lawyers will stimulate GDP growth. In the end, cleaning up the Darlington mess would cost billions and produce a spike in the GDP.

Extreme weather-related events, such as flooding and storms, can also contribute to increases in GDP, as resources are brought in to deal with the mess. Damage done by Hurricanes Katrina and Sandy and the BP oil spill in the Gulf of Mexico added tens of billions to the GDP. If GDP growth is our highest aspiration, we should be praying for more weather catastrophes and oil spills.

The GDP replaced gross national product, which was similar but included international expenditures. In a 1968 speech at the University of Kansas, Robert Kennedy said:

[quote]Too much and for too long, we seemed to have surrendered personal excellence and community values in the mere accumulation of material things…Gross national product counts air pollution and cigarette advertising, and ambulances to clear our highways of carnage. It counts special locks for our doors and the jails for the people who break them. It counts the destruction of the redwood and the loss of our natural wonder in chaotic sprawl. It counts napalm and counts nuclear warheads and armored cars for the police to fight the riots in our cities…and the television programs which glorify violence in order to sell toys to our children.

Yet the gross national product does not allow for the health of our children, the quality of their education or the joy of their play. It does not include the beauty of our poetry or the strength of our marriages, the intelligence of our public debate or the integrity of our public officials. It measures neither our wit nor our courage, neither our wisdom nor our learning, neither our compassion nor our devotion to our country. It measures everything in short, except that which makes life worthwhile.[/quote]

We deserve better indicators of societal well-being that extend beyond mere economic growth. Many economists and social scientists are proposing such indicators. Some argue we need a “genuine progress indicator”, which would include environmental and social factors as well as economic wealth. A number of groups, including Friends of the Earth, have suggested an Index of Sustainable Economic Welfare, which would take into account “income inequality, environmental damage, and depletion of environmental assets.” The Kingdom of Bhutan has suggested measuring gross national happiness.

Whatever we come up with, it has to be better than GDP with its absurd emphasis on endless growth on a finite planet.

4 thoughts on “Measuring progress with GDP is a gross mistake”