A new map (scroll down to view) reveals the full scope of oil and gas pipelines proposed to criss-cross BC. Compiled by Skeena Watershed Conservation Coalition and Skeena Wild, the graphic depicts the planned routes for a staggering six new pipelines – five designed to carry natural gas to proposed liquefaction (LNG) plants in Kitimat and Prince Rupert, plus the twin bitumen and condensate Northern Gateway pipeline proposed by Enbridge.

Plans for an additional six gas pipelines have yet to be formalized.

While Enbridge has faced fierce opposition, the various gas pipelines have sailed largely under the radar thus far. One has already received approval – Chevron and Apache’s Pacific Trails line to Kitimat – while the others are at varying stages of design and environmental review.

These pipelines have sparked a variety of concerns for local residents and conservationists – including impacts on an important grizzly sanctuary from the proposed line to supply Malaysian energy giant Petronas’ LNG terminal near Prince Rupert. The Prince Rupert Gas Transmission Project, which TransCanada Corp has been hired to build, is slated to run through the Khutzeymateen Inlet Conservancy. Preliminary work has already drawn multiple warnings from BC Parks over unpermitted helicopters and work crews in the area.

In other communities like Hazelton and the Kispiox Valley, residents are concerned about a flurry of invasive industrial activity by Spectra – looking to build its own pipeline to Prince Rupert – and TransCanada, long before permits have been obtained. “They are all over the place here,” resident and founder of the citizen information website NoMorePipelines.ca, Graeme Pole told the Globe and Mail in September.

[quote]There are literally armadas of trucks going up these roads with ATVs in the back. And they are flying helicopters overhead, going to places we can’t reach.[/quote]

The Northwest Institue’s Pat Moss echoed these concerns, exclaiming, “At this point, it’s a free for all…it’s a gold rush mentality.”

The companies have defended their practices, but it’s easy to see how concerns on the ground are mounting. Given the scope and potential impact of all these different pipelines across BC’s northern wilderness and related LNG plants, a key criticism of the review process has been the lack of any consideration of the cumulative impacts or big-picture planning and public engagement. More details on the individual pipelines and LNG plants below. 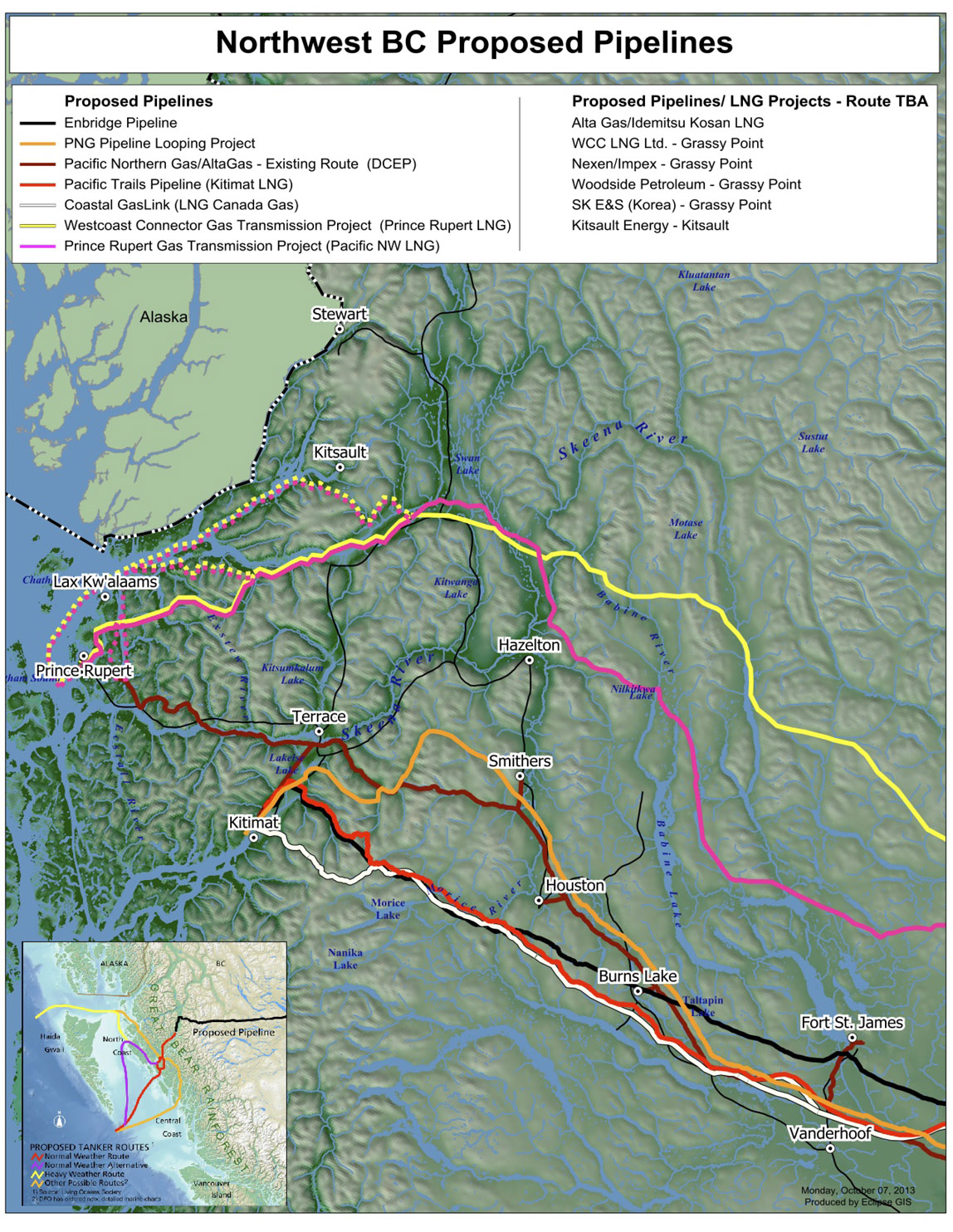 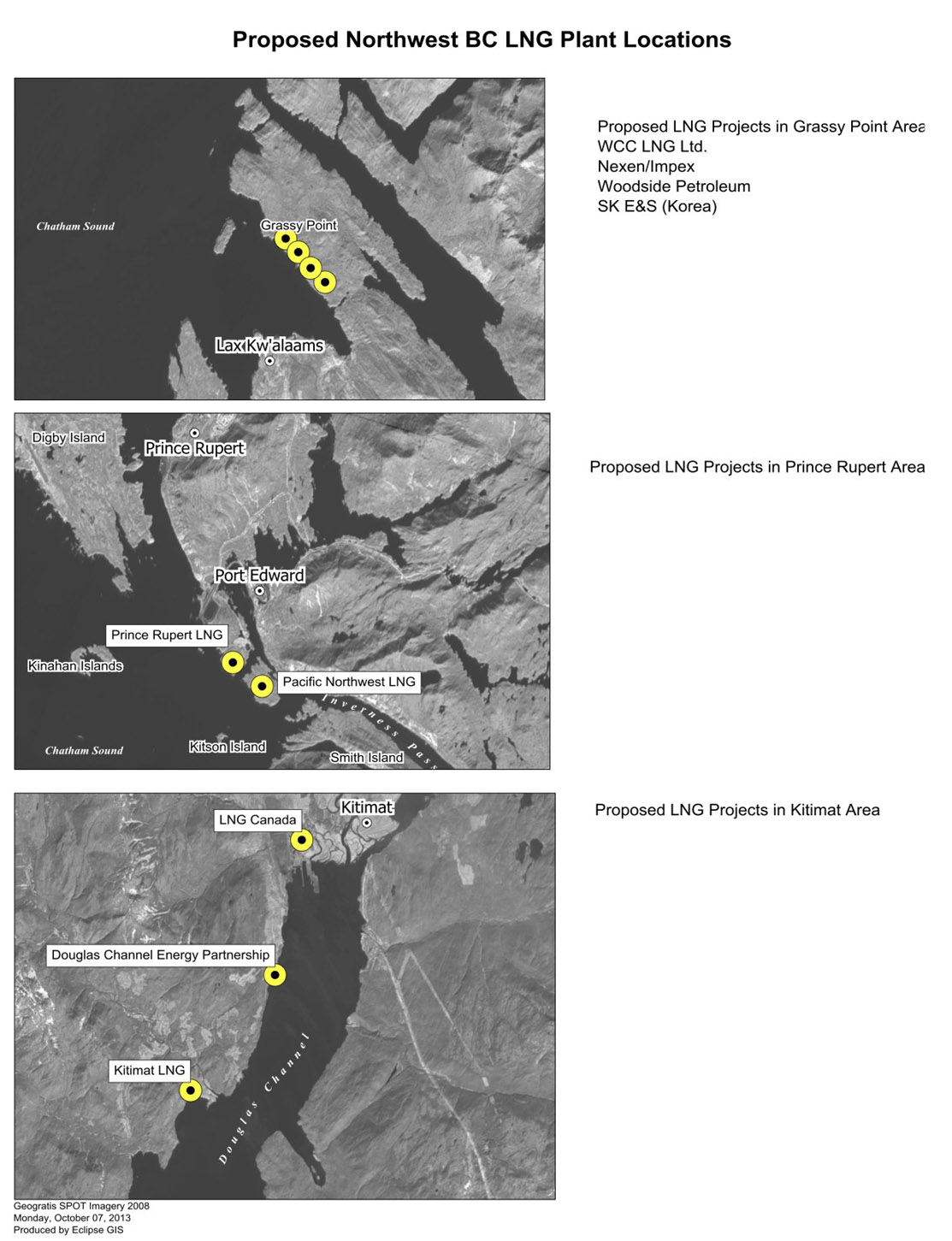