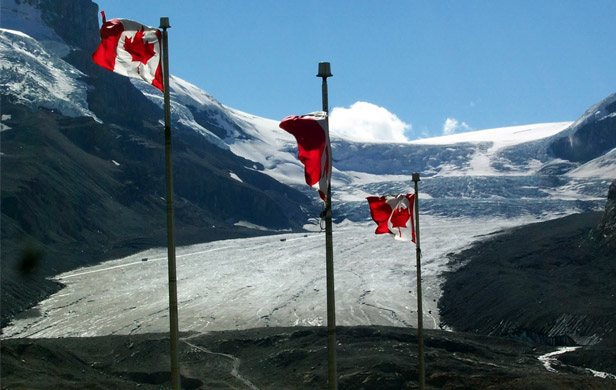 by Bruce Cheadle, The Canadian Press

OTTAWA – Never mind those international targets, the federal government appears to be having trouble meeting even its own internal operational goals for cutting greenhouse gas emissions.

An internal PowerPoint presentation prepared by Public Works and Government Services Canada asks each federal department to ante up its emissions reductions number for the coming 2014-15 fiscal year.

And it prods departments to “please consider increasing your commitment to help bridge the current five per cent gap.”

[quote]I can’t say I’m overly surprised by that given that they’re not serious about national targets, so why would they be serious about government targets.[/quote]

As part of a “greening government operations” exercise, the Conservatives have committed to reducing GHG emissions from federal buildings and transportation fleets by 17 per cent below 2005 levels by the year 2020.

That’s the same target the Harper government agreed to for Canada as a whole as part of the Copenhagen accord in 2009.

A fall report from Environment Canada shows the country is slipping further away from meeting its Copenhagen emissions goal, although the government likes to claim Canada is halfway to the target.

Similarly, when Public Works says there’s a five per cent gap in operational emissions cuts, it doesn’t mean the government’s work is 95 per cent complete.

A 2012 report by Environment Canada on the federal sustainable development strategy makes clear “the government is on track to achieve a 12 per cent decrease in emission levels relative to the base year by fiscal year 2020-2021. A projected gap of about five per cent highlights the need for additional efforts in order to achieve the 17 per cent federal target.”

In other words, the government is currently on pace to miss its self-imposed internal 17-per-cent target by five percentage points — or almost 30 per cent. And it would seem no headway has been made on that front since 2012.

Public Works says the current reductions are “more significant … than what was anticipated for the second year of implementation of the federal sustainable development strategy.”

Spokesman Pierre-Alain Bujold said in an email that the current reductions are “subject to change over time as departments analyze their data, adjust their plans and adopt new plans in order to reach the targets by 2020.”

It’s not the only troubling progress report that’s come to light on Canada’s efforts to reduce emissions.

Emissions between 2020 and 2030 are predicted to climb by 81 million tonnes, taking Canada 11 per cent above 2005 levels — notwithstanding hopes that a new round of international climate negotiations in 2016 are supposed to find further global reductions from the 2005 base year.

“Under all scenarios over the forecast period, emissions are expected to grow the fastest in oil sands extraction and upgrading,” says the Canadian report to the U.N.

McKay, the Liberal critic, says if the government can’t get its own emissions under control, it can’t push other sectors of the economy, noting the federal government accounts for almost 15 per cent of Canada’s GDP. Said the Liberal MP:

[quote]If you don’t get leadership out of the federal government in getting their own house in order, how can you actually reasonably expect the rest of the citizens of Canada to be serious about greenhouse gases?[/quote]

McKay acknowledged not nearly enough was done under the previous Liberal governments to reduce Canadian emissions as per the 1997 Kyoto protocol.

“But after a while the blame exercise gets a little tired, especially since you’ve had six or seven years to get your main emitter under control, which is the oil and gas industry.”

Prime Minister Stephen Harper said in a year-end interview that long-delayed regulations on the oil and gas sector will be announced “over the next couple of years.”