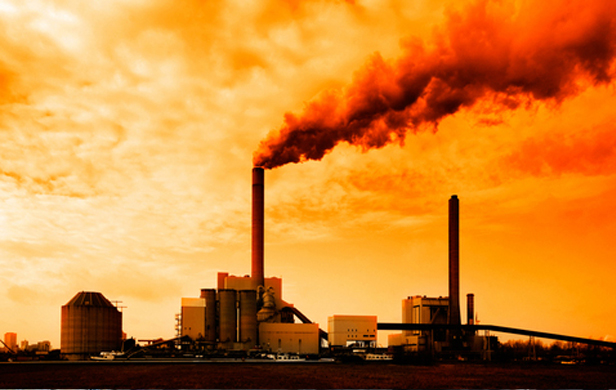 “Story is for a human as water is for a fish,” writes Jonathan Gottschall in his book, The Storytelling Animal. Indeed, this would seem to be so. For hundreds of thousands of years — probably for as long as we have been a speaking species — stories were the way we conveyed important ideas to each other. Of course, hunter-gatherers must have exchanged factual information about the grazing habits of game and the location of berries, nuts and roots. But stories have always been the personalizing, humanizing and empathizing process that has defined relationships, bound us into communities, and connected us to our surroundings. Stories have been the metaphorical and mythological language that has given context, justification and meaning to our very existence.

Think of stories as the poetic interpretations of a reality that always escapes objective understanding. So we try to represent this deep and endless mystery in a narrative of language rich and resonant in symbolism. Each story is intended to describe and explain the meaning of events, to bond the listener to the speaker, and then to connect them both by shared experience to a common place. The implied depth of the story invariably exceeds the stated one. In Pauline Le Bel’s soon-to-be-published book, Becoming Intimate with the Earth (Collins Foundation Press, 2013), she cites a wonderful example. During the colonization of northern British Columbia, an official of the federal government told the Tsimshian people that he was claiming their land as a part of Canada. One of the Tsimshian elders asked the official, “If this is your land, where are your stories?” According to Le Bel’s account, ”The official was silent while the elder went on to tell a story about the land in his own language.”

Stories, therefore, contain a truth that is not represented in legal documents and scientific facts, just as a birth certificate does not remotely represent the love and care that parents have for a child. The emotional depth is simply not present in a record of facts. The important human information, according to Burkeman in his brilliant exploration of this subject (Guardian Weekly, Jan. 11/13), is “suffused with moral drama: strivings, betrayals, victories, lies, conflicts and reconciliations. Drama happens in human minds, not complex systems,” he writes. And herein lies the danger of stories, notes Burkeman, because they “strip facts away, dragging attention to what’s most narratively satisfying, not what’s most important.”

Burkeman’s poignant essay emphasizes the point that, “the most important issues of our era aren’t particularly interesting. Worse than that, there’s good reason to believe in an inverse relationship between interestingness and importance.” For example, when global levels of atmospheric carbon dioxide reached 400 parts per million for an entire day — the first time in about 3 million years, and a terrible milestone in the unfolding catastrophe of climate change — the report received only passing mention in the interior pages of North American newspapers. But the escape of three American women, held in enslavement in a Cleveland house for ten years, commonly received front page coverage —The Globe and Mail gave it an entire double-page spread. The freedom of the women, of course, was important to them and their families. But rising carbon dioxide concentrations are an ominous portent, with huge implications for the ecologies of the entire planet and for all humanity.

However, 400 ppm is just a number, so it elicits almost no response. As an abstract statistic, it’s wholly disconnected from the human narrative. Burkeman cites the marine biologist Randy Olson who refers to global warming as “the great unmentionable”, saying, “I dare you to find any major program studying it, and willing to call it what it is.” Olson adds, “You’ll find huge budgeted projects examining public attitudes towards climate…. But what about the simple fact that climate is quite possibly THE most boring subject the science world has ever had to present to the public.” Why so boring? Because it is not a story.

Of course, climate change creates stories. The extraordinary hurricanes that struck New Orleans and New York generated innumerable news items replete with tales of heroic struggle, harrowing escapes and tragic deaths. The same happened with unprecedented floods and raging bush fires in Australia, California and Europe. But the focus of attention invariably shifts away from the essential issue of extreme weather events to the human sagas of loss, grief, relief, bravery and resilience.

As Burkeman explains so insightfully, climate change and all the other environmental catastrophes unfolding around us, are “not stories about the suffering or triumphs of individual, knowable humans. They’re failures of complex systems: millions of individuals are affected, but in incremental, widely dispersed ways; in the case of global warming, most of those millions aren’t even born yet.”

Complex systems, however, are cerebral and rational constructs of little interest to most people. Described in numbers and equations, in statistics and graphs, in charts and projections, they are too distant and impersonal to speak directly to the human heart. History may define this incongruity as fatal since the accumulation of evidence and the detailed analysis of information has replaced stories as our contemporary measure of truth. Our modern civilization would not be viable without the disciplined thinking of science.

Stories have their many valuable uses. They may even guide the direction of science if powerful enough narratives can imagine the trajectory of the present into an ominous future. But, as yet, our stories are unable to provide solutions for today’s unfolding environmental crises. Indeed, more and more of our stories now mark the tragic course of our failures, told after we have missed the opportunity to avert disasters by preventative measures. But this may be the way our future unfolds. Without understanding science and its profound relevance to our present lives, we may be committing ourselves to a proliferation of stories with very sad endings.