OOOOH CANADA, WE STAND ON GUARD FOR WE …

On January 27, an outfit called the Public Policy Forum released a report call the The Shattered Mirror, dealing with the state of Canada’s media. It was quarterbacked and written by Edward Greenspon, best remembered as editor of the *”Toronto Globe & Mail”. Discovering the terms of reference takes some doing and this is the best I could find:

[quote]When the Public Policy Forum (PPF) began thinking about a study on the state of the news media in Canada, in early 2016, the headlines were all bad. Within a fortnight in January 2016 alone, Rogers Media and Postmedia announced new rounds of staff reductions, Torstar revealed plans to close its printing plant, and Confederation-era newspaper titles in Guelph, Ont., and Nanaimo, B.C., were shuttered, the first of six daily papers to close, merge or reduce their publishing schedules before year’s end. The situation wasn’t much better on the broadcast news side, where revenues, especially in local television, followed the downward track of the newspaper industry, inducing the Canadian Radio-television and Telecommunications Commission (CRTC) to step in.

A parliamentary committee was formed. News companies and industry associations queued up with complaints of inequities in the marketplace. Some made requests for public assistance.

The Government of Canada contracted with the PPF, a non-partisan and independent think-tank, to assess the situation and make recommendations on what,if anything, should be done. The object was not to defend any mode of news delivery, but to evaluate the risk to democracy.” (Emphasis added)[/quote]

The Public Policy Forum mandate states “to serve as a neutral, independent forum for open dialogue on public policy, to encourage reform in public sector management and excellence in government”. I’ll have a look at “neutral, independent” in a bit.

After several readings of the The Shattered Mirror, I’d say that the mandate is credible so long as your notion of public sector management and excellence in government jibes with that of the upper 20% or so of the population, the late Denny Boyd’s “Higher Purpose Persons”. The recommendations make clear that the essence of the report is getting more money to the news media as it exists by taxing digital providers on the Internet.

Let’s go back to the last line of the Terms of Reference.

“The object was not to defend any mode of news delivery, but to evaluate the risk to democracy.”

It’s interesting and I think central to this critique to note that there is no attempt in The Shattered Mirror to assess “democracy” in the “Mainstream Media” today, so let’s take a peek at the industry that wants more money to take care of it, and see how democratic it really is.

What does this deal mean in the real world?

Surely we can all agree that this is a fair and reasonable statement of the basic code by which journalism should be judged: “The core purpose of a journalist is to research, document, write, and present the news in an honest, ethical, and unbiased way”. Clearly, failure to meet those elementary standards would be to fail the principles of democracy.

In law, there’s a maxim which reverses the onus called res ipsa loquitor, which simply means “the thing speaks for itself”, so that, in the absence of an explanation, no further proof is necessary. When a newspaper or a chain makes a back scratching deal with the fossil fuel industry, it surely can be taken as producing a “bias” contrary to the principles of journalism, thus undemocratic.

What if a Postmedia newspaper, say the Vancouver Province, were to make a deal with a company promoting an LNG refinery, highly controversial in the community; would that not also take away the journalistic independence so necessary to democracy?

What if that paper became an actual partner in that project? How could it possibly report on Woodfibre LNG in an honest, ethical and unbiased way? As we all know, the Province is a formal, legal partner with Resource Works whose only raison d’être is to promote the Woodfibre LNG project.

How much news, adverse to the production of LNG in Howe Sound, do you suppose the Province or any Postmedia company is going to print? How about LNG itself? And there’s the rub – it’s difficult enough to know whether or not what is printed is valid but when media outlets simply don’t print anything on a notorious subject, it’s impossible to know what news they avoided.

A higher-up in the Vancouver Sun admitted to me that they are under orders to be supportive of the BC government and it’s common knowledge that when the NDP were last in power, Sun political columnist Vaughn Palmer roasted them at every turn and was widely credited with killing the Glen Clark government. Since 2001, Campbell, Clark and the Liberals, now in power, can do no wrong if the deafening silence of the Vancouver Sun, the Province, their editorials and columnists are to be believed.

How come? Did Mr. Greenspon raise this clear bias with them? If so, you wouldn’t know that from the The Shattered Mirror!

See no evil, print no evil

I, among others, long ago raised the Independent Power Project/BC Hydro issue, warning the Liberals publicly that this policy would not only ruin many rivers but would be the financial ruination of BC Hydro. None doubted that had the NDP brought in such a deadly policy, there would have been hell to pay in the Vancouver Sun and Province but Campbell and Christy Clark got a free pass. That is by no means the only Liberal catastrophe Postmedia has avoided raising.

As this is written, we’re down to election time yet the colossal misdeeds of the Liberal government continue to get a very soft ride. The Liberals’ social services record is appalling; BC Hydro is in financial tatters; the public debt has more than doubled; the so-called “balanced budgets” are as phoney as a $3 bill; Liberal party fundraising is an ongoing scandal; now we learn that affairs of the Insurance Corporation of BC (ICBC) have been mangled by endemic Liberal mismanagement and is in deep trouble. How remarkable that a “business-oriented” government could even lose bundles with monopolies on power and on car insurance, and get away with it in the Postmedia newspapers. It’s not difficult to connect the dots between the pleasant treatment that the Sun and Province give the Liberals and the “sweetheart deal” between Postmedia and CAPP. It’s also not hard to understand why Kinder Morgan was always going to get Clark’s approval, nor a mystery why Clark supports the climate-destroying fossil fuel, LNG. Her political motto should be “money over morality”.

I should remind you that the head of Public Policy Forum, Edward Greenspon, was long associated with and editor-in-chief of the Toronto Globe and Mail and clearly sees this as a “them and us” struggle between the old boys, much including Postmedia, and the digitalized forces of evil. It’s critical that the “good guys win” meaning they show solidarity rather than fangs.

If the recommendations Greenspon has made to visit GST and PST on Internet companies result in bankrupting them, and the “good ol’ boys” convince Trudeau to put the new tax money into a “completely independent” pot for “needy media companies” (guess who), why, God is in his heavens and the Luddites have won! With respect to the electronic media, that must await another day.

Let me close with a couple of questions to Mr. Greenspon.

As part of keeping Postmedia afloat, did you insist that they divorce themselves from the fossil fuel industry? Did you tell them  that they must restore journalistic principles to their entire operations? Did you insist that they hold government’s feet to the fire? That their writers must have freedom of speech restored? Did you tell Paul Godfrey, head of Postmedia, that he must pay back the $900,000 he paid himself as a bonus as he terminated employees left, right, and centre?

Lawyers don’t just look at the details of a deal but what they call the “pith and substance”. What a contract says it does and what really happens can be very different, so what Mr. Greenspon declares to be the objects and the results achieved require careful, skeptical, indeed near cynical examination.

Bailing out a failed industry

The Shattered Mirror has bugger-all to do with democracy and good journalism and everything to do with bailing out an industry that’s facing obsolescence just as workers faced in the industrial revolution did when the cotton gin was invented. The electronic media has the same advantages the cotton gin had, being much cheaper and much more productive.

I urge you all to read The Shattered Mirror and reach your own conclusions, but I can tell you what came through to me loud and clear was that the current media industry was going to get financial relief at the expense of the new digital techniques if it gets Justin’s approval – and I suspect he had that, “nudge, nudge, wink wink d’ya get my drift” from the outset. It’s a defiance of history where the machine smashers get to keep their jobs – where the cost of failure to keep up with the times is visited on the consumers and taxpayers. 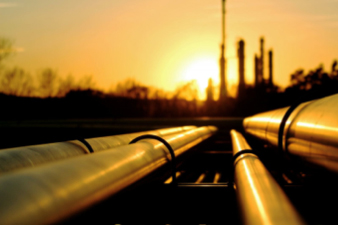 Let me close with joining dots between the Public Policy Forum and Kinder Morgan. Do you wonder what their position would be had this BC controversy been referred to PPF? Here’s one of their projects – billed “How Canada Can Restore Public Confidence in Resource Development”, complete with this photograph I took from their website.

Trudeau fils, whose views on pipelines are such that he unhesitatingly places the interests, indeed loyalty, of BC a distant second to the prospect of winning 34 seats up for grabs in Alberta and approved the Kinder Morgan line, would love this independent, let the “chips fall where they may” study done by Public Policy Forum:

[quote]Partnering with Enbridge, ATCO Group, Cenovus Energy, Natural Resources Canada and the Department of Fisheries and Oceans, the Public Policy Forum launched an exploration of key issues and opportunities in establishing public confidence in resource development. Through one-on-one interviews and roundtable discussions with more than 80 leaders across sectors, we identified four critical factors in building public confidence in resource projects and the specific roles that key stakeholders need to play.[/quote]

And that, dear friends of democracy,  how the big kids in this country  make their fair, independent and unbiased decisions.

So, do we just let them go broke?

Now whence that democracy so dear to Mr. Greenspon’s heart?

* This paper has no more right to declare itself Canada’s National Newspaper than does The North Shore News and, besides, it pisses them off so.

25 thoughts on “The Shattered Mirror: What caused the fall of mainstream media – the Internet or shoddy, sycophantic corporate journalism?”