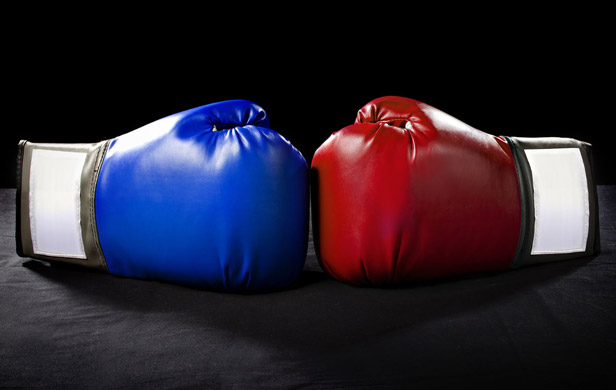 Premier Christy Clark hasn’t been paying attention for the last 10 or 15 years. Times and public attitudes have changed dramatically and she hasn’t. This recent pronouncement of hers, which I mentioned in an earlier article, tells all:

[quote]The world is being divided into two – the people that will say no to everything and the people who want to find a way to get to yes. I’m not sure what science the forces of “no” bring together up there [in northwest BC], except that it’s not really about the science. It’s not really about the fish. It’s just about trying to say no. It’s about fear of change. It’s about fear of the future.[/quote]

That’s 1970s and 80s thinking. There’s no longer a clear division between “left” and “right”. Except to Christy Clark and Judy Rebick, those are outmoded terms. People, irrespective of how they might vote, agree on more things and refuse to be consigned arbitrarily to one flag or another and to start saluting.

Back then, the lines were clearly drawn, even if the actual philosophies pronounced were pretty fuzzy. When most development was proposed, you could usually expect the left, as represented by the NDP, to oppose it. On the other hand, social welfare was generally considered by the right as weak-kneed socialism and you could count on its banner bearer, the Socreds, to fight it.

The shift in British Columbia came about after 1975 when the so-called right wing acknowledged that the agricultural land freeze was good policy, even though the Socreds fought it tooth and nail when it was first brought in. Similarly, as it became obvious that the Socreds were going to win elections, the NDP recognized that basing their response to developments on the same old knee-jerk responses did nor always win them votes nor even the approval of their supporters.

The environment’s time has come

Into this mix came worldwide environmentalism on a broader scale than ever before – a new kind of environmentalism, concentrating on the small and the large, from household garbage to massive forests. The public, around the world, lost patience with both industry and government, much of that based on credibility – a commodity both had lost big time. No longer did anyone accept the word of either their politician or the three-piece suit executive. There had just been to many letdowns and mistakes – and blatant bullshit from both.

As well, as these things for some reason “happen”, the environment’s time had come. Wildlife, fish, clean air and water, climate and the atmosphere all became important. The masses started to ask pointed questions of their political masters. Organizations like Greenpeace and the Sea Shepherd Society, hitherto castigated by much of the mainstream, now were popular and seen as doing the work government should have been doing. Nowhere was this more evident than when a decade ago Sea Shepherd, after being asked to assist in patrolling the Galapagos Marina Reserve (GMR), entered into a partnership with Ecuador to reinforce the local law enforcement agencies in their battle to stop illegal fishing and wildlife smuggling. It has proved very successful.

This massive attitudinal change has been missed by many politicians, including Stephen Harper and Christy Clark. It’s also escaped Christy’s attention that activism in the environmental field may be repugnant to her personal values but it works like a damn. The Great Bear Rainforest, for which she claims much credit, is ample proof of that and there are many other examples where Environmentalists have taken to the streets or the forest or the oceans and thereby made a substantial difference.

Ms. Clark obviously has not noticed First Nations. Times have changed very dramatically but that evidently has passed her by even though she seizes any opportunity to be photographed with First Nations leaders. What she has not comprehended are the massive changes that have taken place to First Nations rights and, perhaps more importantly for her politically, she doesn’t seem able to grasp the huge attitudinal change of the general public toward the country’s aboriginals. I changed and I daresay you have too. Christy hasn’t except where a political brownie point or a photo-op is involved.

It doesn’t matter whether or not she likes these changes, the fact is they’ve been pronounced by the Supreme Court of Canada as the law of the land. She looks at First Nations around Lelu Island refusing a billion dollar bribe to approve a pipeline and doubts that they care much about salmon and their way of life. Her ignorance – or is it arrogance? – takes the breath away, but she simply can’t comprehend First Nations’ attachment to their culture, their way of living and to the environment, including, yes Christy, their sacred salmon, which have sustained them for thousands of years.

I live in Lions Bay, which is hardly a nest of revolutionaries. It’s always been a safe seat for “free enterprise” parties, yet I can tell you that the community is up in arms over environmental threats to Howe Sound and won’t put up with them. The main concern is a proposed LNG plant in Squamish but it’s scarcely the only one. Howe Sound, now cleaned up substantially, much through the efforts of ordinary citizens, is looking much like it did when I used to fish there as a boy with my Dad. That’s not only a comfort to residents but a matter of great pride.

The new Liberal MP, Pamela Goldsmith-Jones, says that in the election, the main question on the front porch and in the shopping centre was the environment. That’s why I told readers that the Tory MP, John Weston, hadn’t a snowball’s chance in hell of winning the election in this, a small “c” conservative riding. Evidently, the current Liberal MLA, Jordan Sturdy, who has faithfully supported Woodfibre LNG, knows he can’t win here again and has announced that he won’t run next time.

It isn’t just this riding that’s had a remarkable political metamorphosis; this has happened, I daresay, right around the province. The fact of that Tories lost seats in the Okanagan in the recent federal election is pretty fair evidence of that.

Christy Clark is a throwback to the 1975 election. There may be some older farts, of which I’m not one, who still distinguish between “left” and right”, but they’re a vanishing breed. Declarations by “respectable” business and government are now seen as meaningless bullshit and probably proof that the precise opposite is the case.

I don’t say that Clark can’t win in 2017. She could because of Mair’s Axiom IV – namely, “you don’t have to be a 10 in politics, you can be a 3 if everyone else is a 2” – and there’s every indication that John Horgan just might be a 2, although, come to think on it, Christy probably isn’t any better.

Barring blind luck, you can’t be yesterday’s politician and hope to win tomorrow’s election and it’s pretty late for the premier to start to play catch up.

18 thoughts on “Rafe: Old “Left” vs. “Right” divide no longer applies to environment”