Do you enjoy being a raw hypocrite?

Well, if you’re a taxpayer in Canada that’s what you are because you support raw hypocrisy every day in the various hearings on environmental matters that take place.

I’ve written in the past, from personal experience, about environmental assessments of independent power projects (IPPs), the environmental disgraces of British Columbia, and how they are so biased in favour of industry that it defies all but spluttering language of anger.

Let’s call the whole thing off

Why don’t we just abolish the National Energy Board and all other boards like it and allow environmental projects to be judged strictly by the industry itself, with the customary pat on the corporate head from the prime minister?

At least this would make honest men and women of us.

The recent resignation of economist Robyn Allan as intervenor in the TransMountain pipeline hearing, coupled with the earlier resignation of former BC Hydro head Marc Eliesen from the same hearing, have made plain that these so-called environmental assessment boards are making mockery of the notion of natural justice and idiots of us who pay for it.

Let’s hear first of all from Robyn Allan, economist and a public servant who was a once the president of ICBC

[quote]It’s a rigged game … We’re getting the scope that supports Kinder Morgan. It’s a private sector, ‘How do we get to yes?’ masquerading as a public interest review. [Emphasis added]

… decisions made by the Board at this hearing are dismissive of Intervenors. They reflect a lack of respect for hearing participants, a deep erosion of the standards and practices of natural justice … and an undemocratic restriction of participation by citizens, communities, professionals and First Nations either by rejecting them outright or failing to provide adequate funding to facilitate meaningful participation.[/quote]

Marc Eliesen, one of the most distinguished power experts in Canada, having served as head of BC Hydro, Manitoba Hydro and Ontario Hydro, was an intervenor at NEB hearings into the Kinder Morgan pipeline. He resigned last November in a scathing letter, a small part of which follows:

[quote]The evidence on the record shows that decisions made by the Board at this hearing are dismissive of Intervenors. They reflect a lack of respect for hearing participants, a deep erosion of the standards and practices of natural justice…and an undemocratic restriction of participation by citizens, communities, professionals and First Nations either by rejecting them outright or failing to provide adequate funding to facilitate meaningful participation.

… The National Energy Board is not fulfilling its obligation to review the Trans Mountain Expansion Project objectively. Accordingly it is not only British Columbians, but all Canadians that cannot look to the Board’s conclusions as relevant as to whether or not this project deserves a social license. Continued involvement in the process endorses this sham and is not in the public interest. [Emphasis added] [/quote]

A waste of taxpayers’ money

These hearings, whether on the grand scale of the National Energy Board, or merely a smaller environmental assessment of an IPP, are hugely expensive. Many involve travel across the country, staying in the best hotels, sipping the best, and by the end of the day stacking up a substantial tab for you and me to pay every April 30.

No one, least of all I, would object if this process were actually evaluating these projects and making recommendations based upon full and proper hearings with natural justice for all – the “judges” being totally independent of any of the parties involved and noted for giving unbiased advice to the government.

The reality is the opposite. Almost unknown for turning down anything from industry or ruling in favour of intervenors even on minor matters, the results of their deliberations are easily foretold and, in fact, relied upon by both government and industry.

It was instructive to note that when Premier Clark recently made another of her absurd press announcements on LNG, the federal minister for energy, James Moore, had to correct himself after he had – with fulsome support resembling that of a suitor of the seductively smiling premier – suddenly had a flash of awkward memory as he mumbled, “Oh yes, there is an environmental process to go through yet”.

This should not be overlooked. The applicant companies don’t stop their planning or construction pending the outcome of these hearings – why would they when they’re foregone conclusions? The only thing to worry about are the likes of the courageous citizens of Burnaby and their gutsy mayor, Derek Corrigan.

Our leaders can no longer be trusted

All of the foregoing is tied into the phenomenon of this century, namely that those, in the words of the Anglican church, “set in authority over us”, can no longer be trusted for even so much as a word of truth if the contrary suits them better. I can tell you that, at the risk of appearing a cynic, when I hear a politician or an industrialist make pronouncements on anything whatsoever, I don’t believe a single word and I believe that experience proves my skepticism fully justified.

Let’s get back to the beginning.

Why not abolish the whole bloody business? Let’s rid ourselves this wasted outlay of money. It’s rather like the poor citizens of the late Soviet Union having to pay for their court system and it’s a plethora of “show trials”.

Won’t this leave us without any environmental protection?

If so, what’s changed?

Is it a better to have a fake process and an environmental travesty or to have the same result without having to go through the humiliation?

The reality is that we ought to have a proper system. In this country, however, where the far right rules, you would have to be smoking something questionable to think that that would ever happen.

At the end of the day (my favourite cliché I might say), it will be up to the public and environmentalists – which these days are almost one and the same thing – to expose the dangers posed by the undertakings proposed by those who couldn’t care less about the environmental consequences and, in order to put money in their own pockets in great gobs, pretend that they’re only doing it for the greater good of the public and that we should all be eternally grateful. 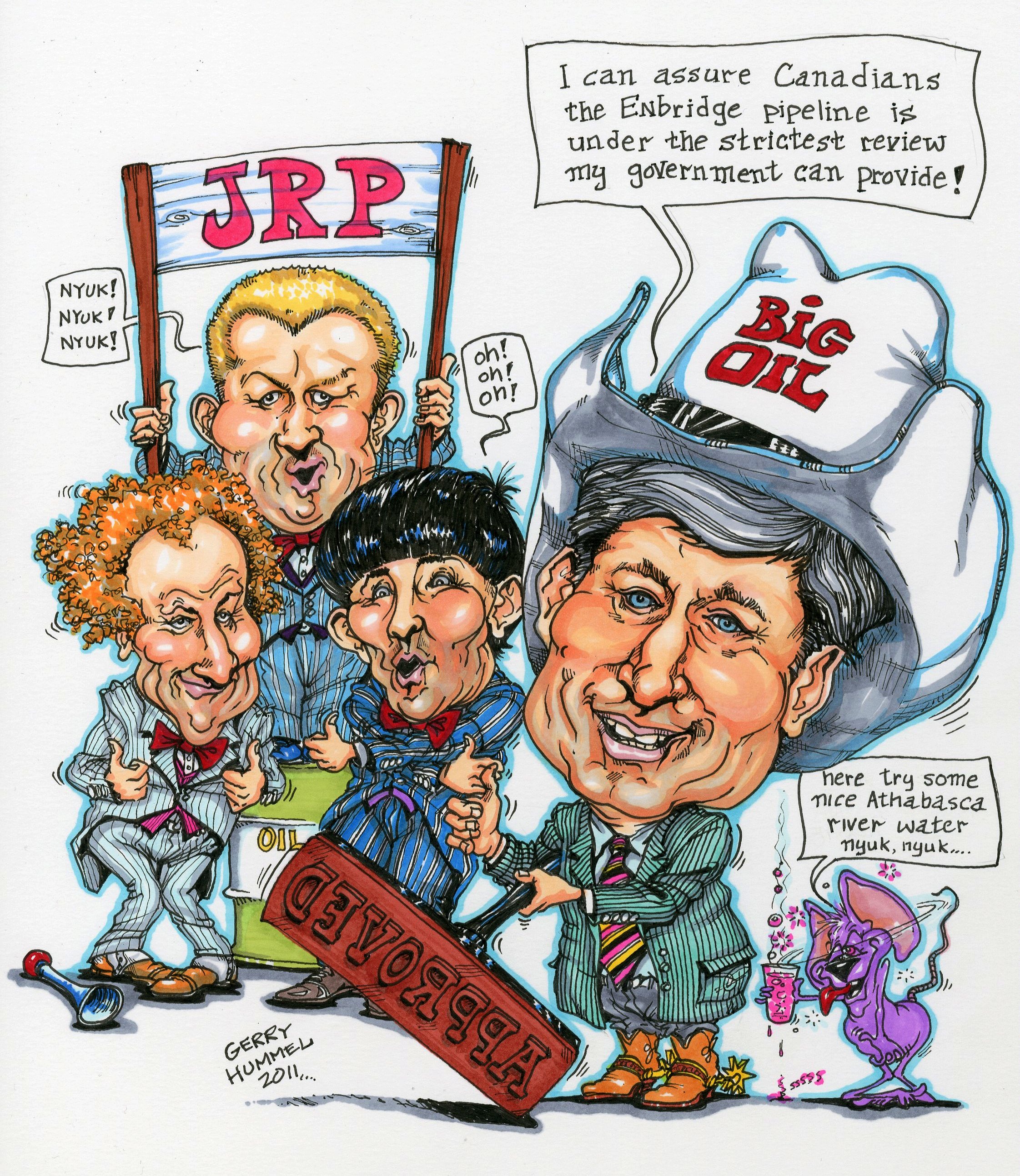