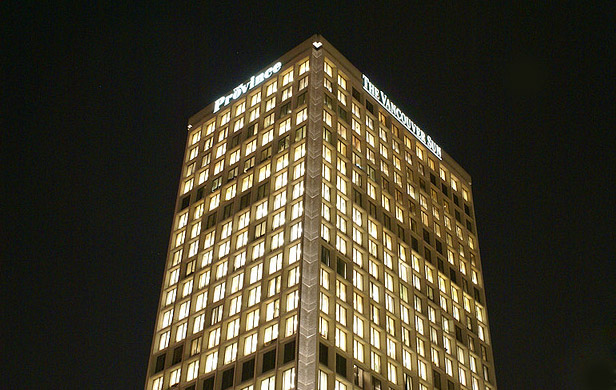 Rafe Mair recently vowed to cancel his Postmedia subscriptions – here’s why he couldn’t pull the trigger.

I have a terrible admission to make. I have to because the bastards would “out” me sooner or later.

Wendy and I didn’t cancel Postmedia’s Sun and Province as we said we would. Not that there wasn’t a great debate on the subject but I prevailed by promising this was the last 4 month period.

The Toronto Globe and Mail came up for suggestion but since it gives us the only real peek at BC affairs, it has a stay of execution.

I read the National Post when I get a freebie, as when I’m in the barber shop. I read it and it looks better than the Globe, but that’s damning with faint praise indeed.

The Globe does have decent BC writers like Mark Hume, Gary Mason and Justine Hunter – plus occasional Gable cartoons. Since it is, after all, a Toronto paper, that’s pretty good coverage of  BC and once in awhile they let our local writers do a column with the big kids from the East.

At least the cartoons are good

The hardest part of letting the Province go is the comic Luann. I have it marked on my computer now so that can be taken care of.

There is only one downer for the Sun, which has no cartoonist and whose columns come from the wheat fields of Saskatchewan – I’ve followed Rex Morgan MD for longer than I can remember and would miss reading that. As for the rest, it’s appropriate use would be an insult to any decent caged bird.

In fact, with the Sun and Province, there is one reason to spend ridiculous sums to have it at the breakfast table –  to know what Vaughn Palmer and Mike Smyth didn’t say and what news the paper didn’t tell us about.

This past week provided some excellent examples of what was not done.

On Saturday, Mike Smyth interviewed Janet Holder, the executive of Enbridge’s BC policy re pipelines and tanker traffic. Then the Sun followed on with a puff piece by Ms. Holder herself.

Shirley Stocker of CKNW first taught me the descriptive term for puff pieces and patty-cake interviews. This term – and remember this was before Bill Clinton – is “corporate blob job”.

Since CKNW leads the media in CPJs, perhaps Shirley, a product of CKNW when it specialized in tough radio, is too embarrassed to use that term any more.

In any case, if covers the crud the Postmedia papers pump out.

A softball for Enbridge

Mike’s “interview” with MS Holder was a classic example of a CBJ. Not one single tough question asked. Not one. Not even a raised eyebrow! This nice little chat should have been run as a paid advertisement – which, in a sense, it was.

Let us not forget that his paper last year pulled a spoof of Enbridge’s new commercial. The animation’s creator, Dan Murphy, plainly stated at the time that the publisher faced heat – via his corporate bosses – from Enbridge, who was just rolling out  a $5 million ad campaign with the Postmedia chain to spruce up its image.

The piece in Sunday’s Sun obviously came from that same CBJ that spawned the Smyth cold porridge.

Prairie columnists, an occasional cartoonist who can’t caricature faces, and corporate blow jobs wherever you look – and the Province is even worse.

Note to Wendy: Hon, I was wrong to press for continued subscriptions but can’t you see that journalists who want to fill in the gaps must know what those gaps are and where it is that news wasn’t printed.