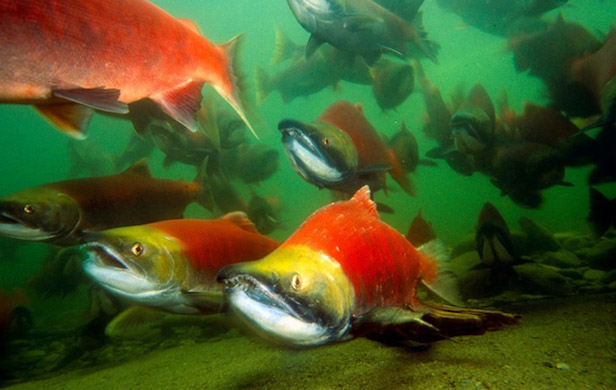 by Will Dubitsky and Jean Clark

Two distinct pieces of federal legislation govern activities in and on our rivers, lakes and coastal waters: 1) The Canada Shipping Act, concerning the waterway surface and the protection navigation rights; 2) The Fisheries Act, pertaining to protection of the marine habitat, below the surface of these same waters.  But while they apply to the same waters, on and below the surface respectively, the two Acts do not connect.   In other words, under the current legislative framework, one cannot impose restrictions on certain types of motorized boats based on their impacts on the marine habitat.

In effect, regardless of the variances in environmental and community challenges from one waterway to another, the legislative challenges are the same, leaving communities across Canada without the means to protect their respective local environments and community interests.

Over the past 3 decades, there has been a dramatic increase in the number of recreational boaters on BC’s waterways.  Gone are the days when the only boat one would see was the occasional fisherman in his “tinny” with a small outboard motor.

Across the province, lakes and rivers, big and small, are now accessed by an increasing number of bigger, faster and much more powerful boats.  Recreation in BC is big business.  While the increased congestion on BC’s large lakes creates numerous safety concerns, it is on the smaller lakes and rivers that the harmful environmental effects are most evident.

Studies dating back to the 1950’s (Lagler et al) identified the harmful effects of boat-caused erosion and sedimentation on aquatic plants and animals.  Lagler found that prolonged use of an outboard in 75 centimetre deep water, and a propeller 35 centimetres from the bottom, removed all plants and silt from a swath 1.5 metres wide.  In the ensuing six decades, study after study in the US and Canada have indicated that operating a boat in water less than 2 metres deep damages the aquatic ecosystem.

The erosive effects of boat wakes are also well-documented.  In studies too numerous to mention, boat wakes have been shown to cause shoreline erosion and disturbance to aquatic mammals and nesting waterfowl while boat noise chases waterfowl from their nests.  These disturbances devour the birds’ scarce resources and can lead to a serious long-term decline in waterfowl.

BC is blessed with hundreds of salmon-bearing rivers and streams.  Hundreds of thousands of salmon fry live suspended in these shallow waters before making their way to the Pacific Ocean.  With the advent of jet boat technology, high-powered aluminium hulled boats can travel at high speeds in these extremely shallow and ecologically sensitive marine environments.

One BC boat manufacturer has a model called “Extreme Shallow” designed for “skinny water” fun and boasts it can operate in just 5 inches of water.  The impellers of these jet boats can pump as much as 3000 to 4000 gallons of water a minute.

The result?  Salmon fry, and the aquatic insects that are their food supply, are crushed or washed ashore by these powerful forces.  Similar impacts are associated with other types of motorized watercraft that generate wakes in these highly environmentally fragile salmon-bearing rivers. Nevertheless, though all this evidence in studies dates back more than 60 years, communities remain powerless to do something about this in the absence of a modern legislative framework.

While Transport Canada’s safe boating guide states that a 10 kph speed should be observed if less than 30 metres from shore, these common-sense guidelines do not apply to our rivers, where the 30 metre rule would effectively restrict boats to a no-wake speed on most inland rivers and streams.

The Canada Shipping Act, administered by Transport Canada, ensures that there are no impediments to navigation and that marine transportation is conducted in a safe manner.  Not only is the Act ill-suited and not intended for protection of the environment, but also Transport Canada requires that all non-regulatory options be explored before a municipality can proceed with a request for a regulatory solution.  In this regard, Transport Canada strongly encourages communities to adopt a voluntary code of conduct with near 100% adherence.  This latter requirement is a source of irresolvable conflicts across Canada because few communities can achieve the necessary level of voluntary support for the code of conduct to be effective.

Accordingly, municipal governments and community organizations across Canada have been unable or unwilling to tackle this issue, anticipating a complicated and potentially controversial process that can take years while, all too often, pitting neighbour against neighbour in what may seem like a never ending ordeal.

The second piece of legislation, the Fisheries Act, administered by Dept. of Fisheries and Oceans (DFO) was created in 1867 and remains one of Canada’s oldest existing pieces of legislation. While its mandate is to conserve and protect fisheries resources in all Canadian waterways by protecting the marine habitat, the current government has rendered the Act an empty shell, at the request of the pipeline industry.

Moreover, recent DFO enforcement changes include the reduction of DFO staffing to levels last seen in the 1980’s and the removal of the term “Habitat Management Program” from their organization and offices.  DFO offices are being closed across the country and habitat protection staff are being laid off.  The confluence of massive new industrial development and severe cuts to staff, can and will surely, harm habitat and fisheries of the future.  There is no will presently within DFO to take the action required to protect our waterways from harm caused by recreational boats.

Suffice to say that: 1) neither of the two Acts were designed to address the current pressures that recreational boating poses for communities across the country; 2)  the Fisheries Act is now so weakened that it has to be re-written, practically starting from the equivalent of a blank page; and 3) the two Acts must be linked in order to protect the marine habitat via restrictions on certain types of boating activity.

Will Dubitsky is a Quebec-based contributor to The Common Sense Canadian. Jean Clark is the Director of the Lower Shuswap Stewardship Society. Both are co-founders of the newly-formed Coalition for Responsible and Sustainable Navigation, which will work with communities across Canada to drive legislative protections for waterways from motorized boating.