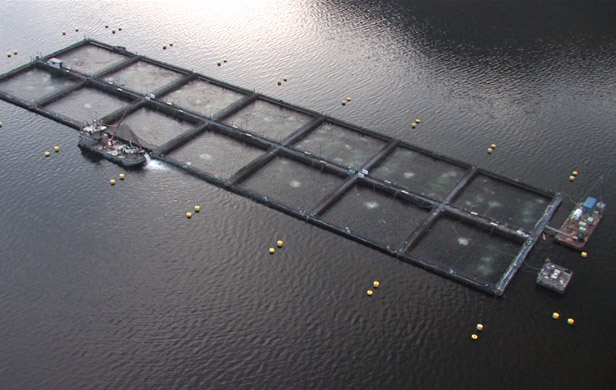 VANCOUVER – Federal Fisheries Minister Gail Shea says she will not lift the moratorium on aquaculture development in British Columbia’s Discovery Islands for the foreseeable future.

The announcement came Wednesday, almost a year after Justice Bruce Cohen released his report into the collapse of the Fraser River sockeye run in 2009 and amidst criticism by environmentalists that the federal government hasn’t acted on the recommendations to protect the stock.

Shea also announced the government included “three major measures” in its Economic Action Plan 2013 to address some of Cohen’s 75 recommendations — a statement that was challenged quickly by Stan Proboszez, a fisheries biologist who works with B.C.’s Watershed Watch Salmon Society.

“What she basically is saying comes out of this black box in Ottawa, I assume, and we don’t know how she is coming to these conclusions,” said Proboszez who participated in the inquiry. “We spent $26 million on looking for solutions.”

Shea said the federal government has committed $57.5 million over five years to help bolster environmental protection in the aquaculture industry, through improved reporting, science and an enhanced regulatory regime.

But Proboszez said past research subsidies have benefited the production side of salmon farming by looking at issues like net strength, noting:

[quote]It doesn’t really do anything to mitigate the risks around salmon farming, which I think is the problem, looking at the disease risks of salmon farming[/quote]

In fact, Cohen found Fraser River sockeye faced a “likelihood of harm” from disease and pathogens on farms, especially in the Discovery Islands, which are located northeast of Campbell River, B.C., between Vancouver Island and the province’s mainland.

“Again, that isn’t tied to any specific recommendation,” said Proboszez. “Justice Cohen doesn’t talk about that sort of solution.”

The minister also said the government is dedicating all of the money from the Salmon Conservation Stamp to the Pacific Salmon Foundation. She said that means the foundation will receive $1 million more annually.

“My understanding is that they’ve been discussing that action for years, irrespective of the Cohen inquiry, so again that should have likely happened a long time ago any ways,” Proboszez rebutted.

“Again, there’s no recommendation that has anything to do with that action.”

Proboszez declined comment on Shea’s announcement about the Discovery Island moratorium because he said he had not yet read the minister’s statement.

The Conservative government launched the Cohen Commission after just 1.4 million salmon returned in what was expected to be a return of 10 million sockeye salmon for the 2009 Fraser River run.

The inquiry sat for 138 days of hearings, received more than three million pages of documents and listened to almost 900 public submissions.

Cohen’s three-volume report made 75 recommendations, 11 of which focused on the salmon farming industry.

Cohen said the department should not issue any new open net-pen licences in the Discovery Islands, cap production and limit the maximum duration of a licence to one year, starting immediately and at least until Sept. 30, 2020.

On Sept. 30, 2020, the minister should also prohibit open net-pen farms in the Discovery Islands, unless he or she is satisfied those farms pose at most a minimal risk to migrating sockeye, he added.