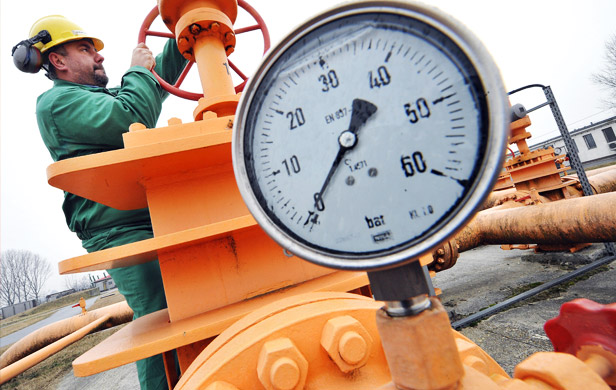 By Seth Borenstein, The Associated Press

WASHINGTON – In Pennsylvania’s gas drilling boom, newer and unconventional wells leak far more often than older and traditional ones, according to a study of state inspection reports for 41,000 wells.

The results suggest that leaks of methane could be a problem for drilling across the nation, said study lead author Cornell University engineering professor Anthony Ingraffea, who heads an environmental activist group that helped pay for the study.

The research was criticized by the energy industry. Marcellus Shale Coalition spokesman Travis Windle said it reflects Ingraffea’s “clear pattern of playing fast and loose with the facts.”

The study was published Monday by the Proceedings of the National Academy of Sciences.

A team of four scientists analyzed more than 75,000 state inspections of gas wells done in Pennsylvania since 2000.

Newer traditional wells drilled after 2009 had a leak rate of about 2 per cent; the rate for unconventional wells was about 6 per cent, the study found.

The leak rate reached as high as nearly 10 per cent horizontally drilled wells for before and after 2009 in the northeastern part of the state, where drilling is hot and heavy.

The researchers don’t know where the leaky methane goes — into the water or the air, where it could be a problem worsening man-made global warming.

The scientists don’t know the size of the leaks or even their causes and industry officials deny that they are actual leaks. The study calls it “casing and cement impairment,” but the study’s lead author says that is when methane is flowing outside the pipe.

Said Ingraffea, who has been part of a team of Cornell researchers finding problems with fracking:

[quote]Something is coming out of it that shouldn’t, in a place that it shouldn’t. [/quote]

Ingraffea also heads a group of scientists and engineers that has criticized fracking and two of his co-authors are part of the group.

The study didn’t discuss why the leak rate spiked. Ingraffea said it could be because corners are being cut as drilling booms, better inspections or the way the gas is trapped in the rock formation.

Pennsylvania regulatory officials said their records show that gas leaks peaked in 2010 and are on the way down again, reflecting their efforts to stress proper cementing practices. Further in 2011, the state focused more on unconventional wells to make leak protection efforts “more stringent,” wrote Morgan Wagner, a spokesman for the state environmental agency.

Chris Tucker, spokesman for industry-supported group Energy In Depth, said what they measured may not be leaks but state inspectors detecting pressure buildup. Tucker wrote in an email:

[quote]The trick these researchers are pulling here is conflating pressure with leakage, trying to convince folks that the mere existence of the former is evidence of the latter[/quote]

But outside scientists, even pro-drilling ones, praised the study.

Terry Engelder of Pennsylvania State University, a pioneering supporter of the Marcellus fracking boom, said it shows there is plenty of room for improving drilling safety.

“It clearly indicates that there is a problem with the production” of the wells, said University of California Santa Barbara engineering professor and methane expert Ira Leifer, who wasn’t part of the study.