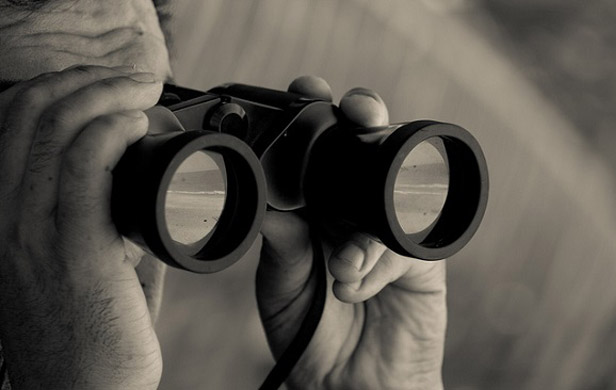 Nov. 19th, 2013. A Tuesday. The day started out sunny, but hail fell out of the sky in the afternoon. It was a Victoria day like any other until I found out the Canadian government has been vigorously spying on several Canadian organizations that work for environmental protections and democratic rights.

I read the news in the Vancouver Observer. There, front and centre, was the name of the organization I worked for until recently: Dogwood Initiative.

My colleagues and I had been wary of being spied on for a long time, but having it confirmed still took the wind out of me.

[quote]I love my country. And in my eyes, there isn’t anything much more patriotic than fighting for the interests of Canadian citizens.[/quote]

I told my parents about the article over dinner. They’re retired school teachers who lived in northern Alberta for 35 years before moving to Victoria.

I asked them: “Did you know the Canadian government is spending your tax dollars to spy on your daughter?”

Then I told them how one of the events detailed in e-mails from Richard Garber, the National Energy Board’s “Group Leader of Security,” was a workshop in a Kelowna church run by one of my close friends and colleagues, Celine Trojand (who’s about the most warm-hearted person you could ever meet). About 30 people, mostly retirees, attended to learn about storytelling, theory of change and creative sign-making (cue the scary music).

In the e-mails, Garber marshals security and intelligence operations between government operations and private interests and notes that his security team has consulted with Canada’s spying agency, CSIS.

To add insult to injury, another set of documents show CSIS and the RCMP have been inviting oil executives to secret classified briefings at CSIS headquarters in Ottawa, in what The Guardian describes as “unprecedented surveillance and intelligence sharing with companies.”

These meetings covered “threats” to energy infrastructure and “challenges to energy projects from environmental groups.” Guess who is prominently displayed as a sponsor on the agenda of May’s meeting? Enbridge, the proponent of a controversial oilsands pipeline to the coast of British Columbia.

I asked my folks: “Isn’t that scary? CSIS is hosting classified briefings sponsored by Enbridge?” No answer. My parents are not the type to get themselves in a flap about things like this, but I prodded them: “Dad, this is scary, right?”

Is this Canada or Nigeria?

How much information is being provided to corporations like Enbridge? What about state-owned Chinese oil companies like Sinopec, which has a $10 million stake in Enbridge’s Northern Gateway pipeline and tanker proposal?

What kind of country spies on environmental organizations in the name of the oil industry? It seems more Nigerian than Canadian.

I fought the urge to react with indignation, a sentiment I find all too common in the environmental movement. I also didn’t want to be overwrought about it. Fact is though, the more I thought about those documents, the more I began to feel a sense of loss for my country.

Enemies of the State

I’m not the touchy-feely type. Everyone from my conservative cousins in Alberta to my former colleagues at the Calgary Herald could attest to that. I grew up in northern Alberta playing hockey and going to bush parties. I think our oil and gas deposits, including the oilsands, are a great asset to our country — if developed in the public interest. Yes, that’s a big “if” — but Canadians own these resources and the number one priority when developing them should be that Canadians benefit.

For speaking up for the public interest and speaking out against the export of raw bitumen through the Great Bear Rainforest, hundreds of people like me have been called radicals and painted as enemies of the state, as somehow un-Canadian. That last bit is what hits me in the gut.

I love my country. And in my eyes, there isn’t anything much more patriotic than fighting for the interests of Canadian citizens. I’ve argued that after 25 years of oilsands development, Albertans should have something to show for it — not be facing budget crises and closing hospital beds; that Albertans aren’t collecting a fair share of resource revenues; that we should develop resources at a responsible pace that doesn’t cause rampant inflation, undermining Canadians’ quality of life and hurting other sectors of the economy; that we should prioritize Canadian energy security (half of Canada is currently dependent on foreign oil). And I’ve agreed with the Alberta Federation of Labour that exporting raw bitumen and 50,000 jobs to China doesn’t make sense for Canadians.

Now, I don’t expect everyone to agree with me, but it’s a stretch to portray any of those statements as unpatriotic or radical. In fact, one of my proudest moments as a Canadian was encouraging citizens to register to speak at the public hearings on Enbridge’s pipeline and tanker proposal for B.C. With a team of committed people at Dogwood, in collaboration with several other groups, we helped more than 4,000 people sign up to have their say — seven times more than in any previous National Energy Board hearing.

It was this act of public participation that sparked the beginnings of the federal government’s attacks on people who oppose certain resource development proposals. Helping citizens to participate in an archaic public hearing process is a vital part of democracy— not something to be maligned.

What makes me sad is the thought that we’ve been reduced to being the type of country that spies on its own citizens when they speak out against certain corporate interests. Not only that, but our government then turns around and shares that intelligence with those corporations.

Disappointingly, a scan of today’s news coverage indicates Canada’s major newspapers never picked up the spying story, save for one 343-word brief on page 9 of the Vancouver Province. Is it now so accepted that the Canadian government is in bed with the oil industry that it doesn’t even make news any more? Now that’s really sad.

Whether you agree or disagree with my ideas about responsible natural resource development, I’d hope we could all agree Canada should be a country where we can have open and informed debate about the most important issues of our time — without fear of being attacked and spied on by our own government.

EDITOR’S NOTE: The Common Sense Canadian’s Damien Gillis was also featured in an email from CSIS to the National Energy Board, spying on Enbridge critics, as revealed in this story from The Vancouver Observer.