John Cummins – Conservative MP for Delta and a former commercial fisherman – shares his hopes and concerns for the upcoming Judicial Inquiry into the collapse of Fraser River sockeye, led by Justice Bruce Cohen.

For much of the last half century Fraser River stocks were healthy and abundant and enjoying a period of sustained growth. On December 31, 1985 the management of the fishery was transferred from the International Pacific Salmon Fisheries Commission to the Department of Fisheries and Oceans.

By the mid-nineties dangerously low returns had led to a number of investigations of the Fraser River fishery. When it became obvious that inquiries lacking the ability to subpoena witnesses and take testimony under oath were leaving critical questions unanswered, including the impact of DFO’s management of the fishery, there were calls for a judicial inquiry.

Finally, during the 2006 election it was announced that if elected, a Conservative government would establish a judicial inquiry into the state of Fraser River sockeye fishery.

Efforts to keep this commitment were fought at every turn by DFO and its allies. By early 2007 media reports indicated that according to the then Fisheries Minister “British Columbia’s fishing community is almost unanimously opposed to the government’s promised public inquiry” and the idea was dropped.

The spectacular collapse of the 2009 sockeye run renewed calls for a public inquiry. On November 6, 2009 Prime Minister Harper established the Cohen Inquiry into the decline of the Fraser River sockeye fishery with a mandate to investigate the collapse and report to him with an interim report by August 1 of this year and a final report by May 1, 2011.

Justice Cohen has a formidable task

DFO and those who opposed an Inquiry will now try to neutralize the Inquiry by encouraging it to head down the same path as previous reviews. They will quietly advise Justice Cohen to hold private meetings where “evidence” is given off-the-record and to conduct roundtable discussions instead of giving fishermen and environmentalists the opportunity to scrutinize evidence and cross-examine witnesses.

Justice Cohen and his staff must always remember that DFO is the principle focus of their Inquiry and therefore expect its advice to be self-serving. The success of the Inquiry depends on it maintaining a healthy distance from academics and organizations that have benefited from DFO’s largesse and ensuring that those challenging the department’s actions are armed with the resources needed to effectively marshal their arguments.

Without specific interim recommendations from Justice Cohen the government should not be introducing confounding changes in the management of the fishery until the Inquiry submits its final report. They must not introduce a new Fisheries Act, enter into treaties with aboriginals that would further balkanize the management of the fishery, rewrite the rules governing salmon aquaculture or further expand the industry. 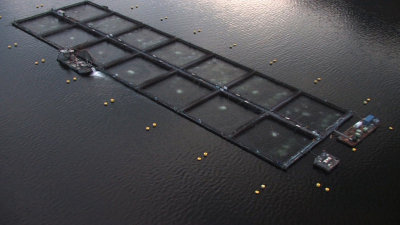 These cautions to the government are not ill-founded

In January, courtesy of a B.C. Supreme Court ruling, DFO announced that it had accepted responsibility for aquaculture but failed to make clear that there would be no expansion of salmon aquaculture until Justice Cohen submits his findings and recommendations.

On February 5th the government signed off on the Yale treaty and a fisheries harvest agreement giving the tiny Yale band, one of 140 bands claiming Fraser sockeye, approximately 2% of the Fraser River catch. The allocations, co-management and enforcement provisions of the treaty and its harvest agreement are all matters which will be investigated by Justice Cohen.

On March 2nd, reacting to public concern about the impact on the Inquiry of the signing of the Yale treaty, DFO announced it was going to defer treaty negotiations during the inquiry except for treaties with Yale, Siliammon and In-SHUCK-ch. The continued negotiation of these three treaties involving Fraser sockeye is a threat to the integrity of the Inquiry.

The latest challenge to the Inquiry was contained in the Throne Speech where the government committed itself to a new Fisheries Act. The new legislation would undoubtedly be written by DFO, the same department that presided over the decline in the Fraser sockeye fishery and the collapse of Newfoundland’s cod fishery. It would be written without the benefit of the Cohen Inquiry’s findings and recommendations.

New fisheries legislation brought forward before the Inquiry has completed its investigation should be seen as nothing more than another self-serving and rather clever attempt by DFO to cover-up its mismanagement and to marginalize and preempt the investigation.

Justice Cohen must understand that in the eyes of the public the fate of B.C. salmon is in his hands. Folks mistrust the department and the politicians who have promised much but delivered so little.

If Justice Cohen gets it right he will be remembered as the man who saved the wild salmon for our children and grandchildren, if he fails he’ll be remembered as just another guy who refused to speak the hard truth, a guy who was little more than another apologist for the incompetence of the Department of Fisheries and Oceans.

Justice Cohen has seriously undermined the credibility of his inquiry with the appointment of David Levy as his Science Director. Levy is author of a 2006 report for the Sierra Club of BC that is supportive of DFO policies developed to address the series of disastrous sockeye returns which have plagued the fishery since DFO assumed management responsibilities: policies which rightfully should be the focus of Cohen’s Inquiry.

Let me be clear, Levy supports DFO’s “development of commercial inland fisheries” or terminal fisheries which will harvest Fraser sockeye in their home rivers just prior to spawning. He is hopeful “that a cannery grade” salmon can be obtained in such terminal fisheries but acknowledges this will result in a “reduction in the value of the fishery due to reduced quality.” Levy’s position would spell the end of commercial fisheries and would place serious limits on tidal water aboriginal fisheries and the sport fishery. It would also spell the end of fresh and frozen salmon for home and restaurant use and give farmed fish a virtual monopoly in that market.

It is a serious error for Justice Cohen to select as his science advisor someone who has already concocted a solution to the problem before the Inquiry has heard any evidence. Furthermore, it is wrong for him to add an activist of any variety to his senior staff, whether that person is associated with aboriginal, recreational or commercial fisheries or any other faction.

To date Justice Cohen has only met with DFO and its supporters. The appointment of David Levy as Science Director reflects the narrowness of Cohen’s contacts and seriously undermines the impartiality of his inquiry.

In short, the Cohen Commission might already be compromised by an appearance of partiality to the very department he must examine with care and thoroughness.

5 thoughts on “The Challenges Faced by the Cohen Inquiry”