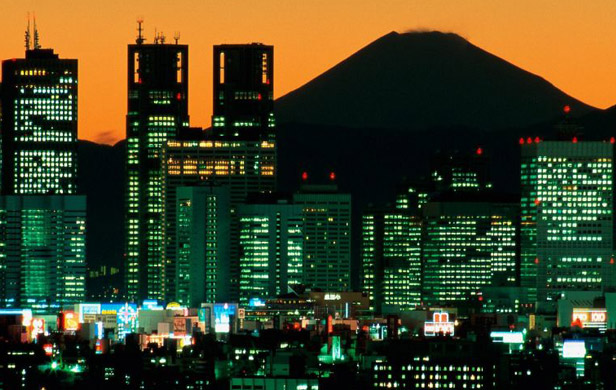 The new target approved by the Japanese Cabinet calls for reducing emissions by 3.8 per cent from their 2005 level by 2020.

The revision was necessary because the earlier goal of a 25 per cent reduction from the 1990 level was unrealistic, the chief government spokesman, Yoshihide Suga, told reporters in Tokyo.

The new target represents a 3 per cent increase over 1990 emissions.

Given Japan’s status as the world’s third largest economy and fifth largest source of greenhouse gas emissions, the decision to back away from the more ambitious target could be a significant setback for efforts to reach a new global climate agreement in 2015.

The European Union’s delegates at the climate talks in Warsaw “expressed disappointment,” while U.N. climate chief Christiana Figueres summed up the mood by saying there’s “regret” over Japan’s decision.

However, she praised Japan’s advances in increasing energy efficiency and in solar energy investments, and predicted that the Japanese “will soon see that the current target is actually conservative.”

“I don’t have any words to describe my dismay,” China’s official Xinhua News Agency cited Su Wei, deputy chief of the Chinese delegation to the climate talks, as telling reporters in Warsaw.

Japanese delegate Hiroshi Minami acknowledged that “most of the developing countries are very disappointed” with the move.

Under the 1997 Kyoto Protocol, Japan pledged to cut greenhouse gas emissions by 6 per cent to 1.186 billion tons a year on average over the five years to March 2013.

It has since opted out of the agreement, though came close to meeting that goal before the 2011 accident at the Fukushima Dai-Ichi nuclear power plant prompted shut-downs of all nuclear plants for safety checks.

The resulting shift back toward reliance on coal, oil and gas for power, and use of diesel generators, has hindered further progress.

Emissions in the fiscal year that ended in March were up 2.8 per cent from the year before, and at 1.207 billion tons, the second highest after a record 1.218 billion tons in fiscal 2007.

Climate activists following the talks in Warsaw named Japan “fossil of the day,” a dubious honour meant to tag a country blocking progress on combating climate change. Dressed up in dark suits to look like Cabinet ministers, the activists ate sushi over colleagues pretending to be victims of the typhoon that has killed thousands of people in the Philippines.

Wael Hmaidan, director of Climate Action Network, called Japan’s move “outrageous,” saying in Warsaw that it will have a “serious and negative impact on the negotiations.”

The new goal announced Friday doesn’t take into account possible emissions reductions if Japan restarts some of its nuclear plants, as the government is hoping to do. So it will be revised before the next climate pact is due to be set two years from now, said Masami Tamura, director of the Foreign Ministry’s Climate Change Division.

Tokyo also is planning to provide $16 billion in aid for emissions reductions in developing countries and to commit $110 billion to research on energy and the environment.

Before the Fukushima disaster, Japan’s carbon emissions were on a par with European industrial nations such as France, Germany and Britain.

They will hit 1.227 billion tons this year, the government-affiliated Institute of Energy Economics Japan estimates, up nearly 16 per cent from 1990.