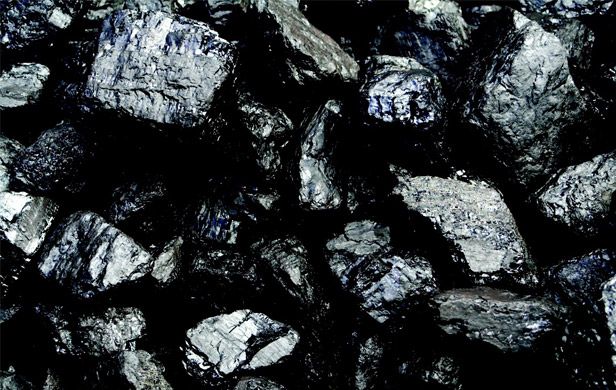 A new study released today at the UN climate conference underway in Warsaw, Poland finds that new coal plants cannot be built if we are to keep global warming below the 2° Celsius threshold.

That is, unless the coal industry can deploy commercial-scale carbon capture and storage (CCS).

The report, titled: New unabated coal is not compatible with keeping global warming below 2°C, finds that of all the fossil fuels, coal is the easiest to substitute with renewable technologies and that:

[quote]The current global trend of coal use is consistent with an emissions pathway above the IEA’s [International Energy Agency] 6°C scenario. That risks an outcome that can only be described as catastrophic, beyond anything that mankind has experienced during its entire existence on earth.[/quote]

In other words, CCS better work and work fast.

Down the road from the UN conference, the Polish government (of all people) is hosting the “International Coal and Climate Summit” which heavily features CCS experts and discussion panels.

There will likely be little talk at the coal summit of just how ridiculous the idea of commercially deployed CCS is becoming.

Carbon capture and storage  technology has been a “future” solution for many years now, with governments abandoning experimental projects due to cost overruns and lack of progress. Governments like the United States, at the behest of the coal lobby, have pumped billions into CCS technology experiments, yet it continues to fail as a commercially viable option.

A recent study by the Global CCS Institute found that the number of large scale CCS projects has dropped to 65 from 75 over the last year. If this was the grand solution to the urgent issue of climate change, you would think we would be seeing more projects coming on line, not fewer.

Even if we saw a breakthrough in CCS, huge issues remain. The first hurdle is finance.

As renewable energy technology prices continue to drop and reach parity with fossil fuels like coal (something we are already seeing), CCS begins to make less and less sense from a financial point of view. Coal prices will inevitably go up to cover the costs of CCS development making it uncompetitive with renewable energy.

A second big hurdle is regulation of carbon storage. CCS can only work as a solution to climate change if the captured carbon stays safely in the ground forever. So who is in charge of ensuring that all that carbon stays underground? Coal companies? If a coal company takes on that responsibility, what happens when that company goes under? Who then is responsible? Taxpayers?

What if there’s an earthquake near a carbon storage facility? A recent study published in the Proceedings of the National Academy of Science concludes that even a small earthquake event in the US has the potential to release stored carbon back into the atmosphere, making “large-scale CCS a risky, and likely unsuccessful, strategy for significantly reducing greenhouse gas emissions.”

In the United States, the coal industry argues that the government (read: taxpayers) should take on the responsibility and the liability for stored carbon – a convenient stance for the coal industry.

Finally there are the logistics of capturing carbon and moving it either by pipeline, train or truck to a designated storage facility.

A 2008 article on CCS by author Jeff Goodell describes the challenge of transporting carbon best:

[quote]Vaclav Smil, an energy expert at the University of Manitoba, Canada, argued recently in Nature that ‘carbon sequestration is irresponsibly portrayed as an imminently useful option for solving the challenge [of global warming].’ Smil pointed out that to sequester just 25% of the CO2 emitted by stationary sources (mostly coal plants), we would have to create a system whose annual volume of fluid would be slightly more than twice that of the world’s crude-oil industry.[/quote]

Smil’s own words, to sequester just a fifth of current CO2 emissions:

[quote]… we would have to create an entirely new worldwide absorption-gathering-compression-transportation- storage industry whose annual throughput would have to be about 70 percent larger than the annual volume now handled by the global crude oil industry whose immense infrastructure of wells, pipelines, compressor stations and storages took generations to build.[/quote]

Any practical thinker should by now be asking themselves: Wouldn’t it just be easier to put up a bunch of solar panels and wind turbines?

Unfortunately, the mythical distraction of ‘clean coal’ and still unrealized CCS commercialization remain a shiny penny for the technocentric crowd.