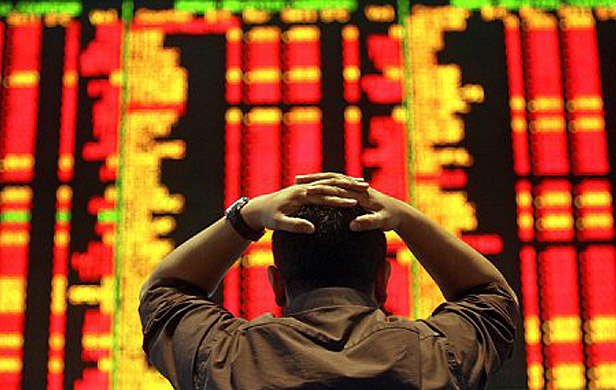 Financial crashes are common in modern market economies. The first notable one occurred in Amsterdam in the 1630s when a bursting speculative bubble on tulips caused enough financial ruin for wealthy investors to create a recession. Other crashes occurred in the 1700s and the 1800s linked to risky colonial exploits and the adventurous building of canals and railroads. The stock market crash of 1929 that initiated the Great Depression was followed by a succession of postwar collapses throughout Europe. The Great Recession of 2008 — some effects are still echoing throughout the global economy — is just the latest in this parade of financial crashes.

Five steps to crashing a market

A brilliant analysis of these crashes is provided by the Canadian-born economist John Kenneth Galbraith (1908 – 2006) in his book, A Short History of Financial Euphoria. His ideas form the basis for an illuminating commentary by Professor Christopher Ragan, an economist teaching at McGill University (Globe and Mail, Sept. 17/13). Each financial crash, according to Galbraith, contains five common elements.

The first is a novel “investment or financial instrument” that attracts and excites investors. A creative and new mechanism for making money is an irresistible lure for those looking for quick and generous profits. The result is a flood of speculative investing.

The second is the complexity of many of these “investment and financial instruments”. Investors may not fully understand how they work but the high returns confirm that a valid strategy is operative. Adding to this allure is the investor’s feeling that someone of superior intelligence or special insight has found an undiscovered investment mechanism for success. Investors commonly overlook the reality that much of the activity in market economies is irrational, more the result of group psychology than financial acumen.

The third element in financial crashes, according to Galbraith, is too much borrowing — excessive “leverage” is the technical term. The temptation here is frequently irresistible. If $10,000 in personal capital is used to borrow $1,000,000 at 5% interest to invest in a scheme that will yield a 15% return, then the original $10,000 risk earns $100,000 in profit once the debt plus interest is repaid.

Leverage vastly magnifies profits. But it similarly magnifies losses if the investments fail. When a large number of individuals and financial institutions are too heavily leveraged because of an euphoria of loaning and borrowing, then the entire economic system is exposed to structural collapse. The lost capital results in recessions or depressions.

The fourth element in Galbraith’s analysis is the “assignment of blame”. Failure is usually ascribed to incompetent developers, to unscrupulous mortgage lenders, or to financial institutions inaccurately rating risk. But, according to Galbraith, no one questions “the system” itself because to do so would cast doubt on the belief in market economies. Investors — indeed, entire cultures — are not willing to honestly examine their faith in an economic system that has generated so much wealth in its brief history.

Those who don’t learn from history…

Galbraith’s fifth and last element notes the failure of investors to learn from experience. Forgetting guarantees that the repeated lessons of history keep disappearing into a renewed innocence that will continue replaying variants of the same mistakes. So, in Galbraith’s analysis, financial crashes are sure to be a recurrent and disruptive rhythm in market economies.

The cost of these financial crashes in a market economy, however, may be a small price to pay for the material benefits that accrue to a culture embracing such a system. Despite the flaws, a market economy is a powerful and effective technique for producing wealth. Significantly, the system routinely survives the shocks of these crashes, invariably reassembling itself from the financial and social wreckage to carry on with bigger and more ambitious endeavours. Regardless of its failings and the temporary traumas that result, the system itself may be so resilient as to be almost immune to destruction.

The system is never doubted

This resilience may explain why, as Galbraith notes, “the system” is never doubted by those whom it damages or destroys. Its adaptability, flexibility and durability is such a perfect image of humanity’s own character that we would only modify or abandon it under the most extreme of circumstances.

This entanglement of resilience and image has profound environmental implications. What if a fundamental mismatch exists between market economies and nature’s structural integrity? What if the insatiable wealth ethic that governs market economies is incompatible with the constraining limits inherent in ecosystems? What if we have invented an economic system whose durability renders it unstoppable, whose destruction of nature is inevitable, and whose reflection of our own image precludes us from changing it without a radical change in ourselves?

If the answers to these questions are all affirmative, then the economic system we have devised may be on an unavoidable collision course with nature. While we can stoically and patiently endure the costs and inconveniences of repairing financial crashes, crashing any of the planet’s essential ecosystems may be permanent, catastrophic and far more difficult to survive.

1 thought on “The five elements of a financial crash”