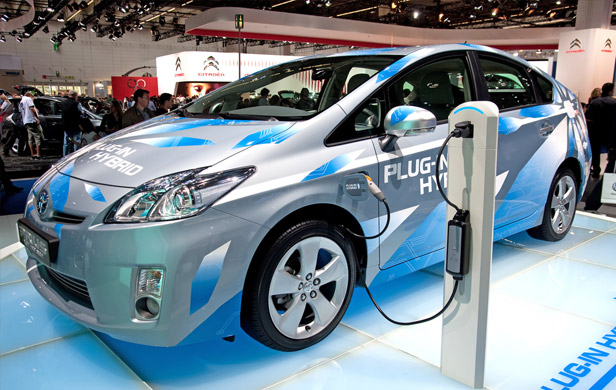 The electric pump station furthest north in British Columbia belongs to someone by the name of Robin S. in Fort St. John, a small city in Northeast B.C. — a place smack dab in the middle of an oil-and-gas feeding frenzy.

In fact, when comparing the www.plugshare.com map of such fuelling stations in Western Canada with a 2006 Government of Canada oil-and-gas pipeline map (the latest of its kind), there’s an interesting theme that emerges. In regions that see the highest oil-and-gas activity, there are the fewest electric fuelling stations.

Calgary and Edmonton are both on the top five largest cities by population in Canada list, yet they contain a combined 12 public electric pump stations. Compare this to Vancouver, Canada’s eighth largest city according to 2011 census data, which boasts more electric fuelling stations than both Edmonton and Calgary combined in its downtown core alone.

In the autumn of 2012, the B.C. government announced a massive program to help fund the installation of electric pumps throughout the province. The electric vehicle charging stations are funded for a total of 454. The money for the project was derived from a $2.7 million Community Charging Infrastructure Fund. Municipalities, regional districts, and senior levels of government applauded the program because of its diverse make-up — more than 70 universities, organizations, and governments signed on to the project.

Some legacy news outlets, however, balked at the idea and offered up their predictable, cynical commentary à la carte. The Vancouver Sun went so far as to suggest the program created too much access to electric pumps, which represented a “niche” automobile market.

This is a theme among the news organizations that refer to themselves as the “legacy” news media, which is an overused term attributed to essentially newspapers, news channels, and radio stations. To air on the side of fairness, however, some legacy news organizations reported how the options are getting better for consumers looking for alternative ways to get around.

This is the real story when talking about electric vehicles. The rise of the electric automobile is really about how practical the alternatives to fossil-fuel dependent vehicles are. In recent days, Tesla Motors announced the expansion of what it calls the “Supercharging Network” so that electric motorists are able to travel from LA to New York for free.

In Canada, a quick glance at the Canada Plug Share map reveals a consistent pattern of charging stations extending across the country that may indicate the ability to travel from B.C. to the Maritime Provinces without getting stuck in the middle of nowhere. There are sections that look somewhat dicey, and one would want to do a thorough check on whether such a cross-country trip is feasible. Of course there are a chorus of concerns about whether an electric vehicle is able to stand up to the harsh Canadian weather. On the flip side, there is a counter-chorus suggesting electric vehicles are able to hold their own against the snow and ice.

Change is not change until it’s made at the source. Whether someone drives a pick-up truck or hybrid, the use of gasoline at the consumer level is a large demand for its parent — oil. While it’s well known oil is used for a variety of products, it’s most used in industries requiring massive amounts of energy, this includes creating the energy to move large objects. The electric vehicle is not perfect. There remains concern over how eco-friendly it really is, which is a subject well explored.

What people must not lose sight of is that this technology is still in its infancy. What the Tesla Motors story shows us is that there are power structures in place that do not wish to see alternatives succeed. The best recent example of this is Ballard Power. The creation of new clean technologies is critical to the success of the human species. The method to harness power in cleaner forms will get better if our free markets are not manipulated and capital is allowed to flow into human agencies that again improve people’s quality of life, as well as the environment.

If humans play their cards right, there is a future where personal, commercial, and industrial transportation is fuelled by sustainable technologies that equal the power created by oil.

This will only happen if people allow it to happen. And this time they are despite the interference.