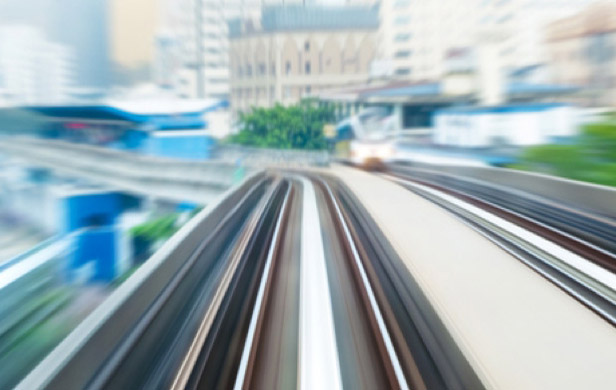 Canada’s federal government recently announced $14 billion in new funding to help municipalities repair and replace aging infrastructure, such as roads, bridges, sewer lines, energy production and distribution systems, and subways and other public transit. About $1 billion is dedicated to smaller communities, but most of the funding will target urban areas, which makes sense.

Despite being a vast land of mountains, forests and ice, Canada is an urban nation. Over 80 per cent of us live in large centres like Montreal, Toronto and Calgary, as well as rapidly growing communities like Regina, Surrey and Markham.

[quote]Though they retain only a paltry eight cents of every tax dollar paid in Canada, municipalities must cover 60 per cent of the cost of their infrastructure.[/quote]

Rapid urbanization is a global trend

This increasing concentration of people in cities is consistent with rapid urbanization over the whole planet. Now more than half the world’s population resides in urban mega-regions – and these are increasingly driving the global economy.

Over 60 per cent of world GDP is generated in just 600 cities. This includes international financial hubs like New York City and London, but also emerging powerhouse markets in the developing world, such São Paulo and Mexico City, as well as Guangzhou, Tianjin and other urban centres in China. According to a study by CIBC World Markets, the Greater Toronto Area accounts for about a fifth of Canada’s total economic activity, though prairie cities like Regina are emerging as the country’s new economic tigers.

Although many Canadian cities are booming, their ability to survive and thrive in today’s hyper-connected, globalized economy depends on being competitive enough to attract investment and acquire and retain skilled workers from around the globe.

And to really flourish, municipal centres need infrastructure. As noted in a Federation of Canadian Municipalities study, “Our small businesses need quality roads and bridges to deliver goods and services. Our workers need fast, efficient public transit to connect them to new jobs. And our companies need access to affordable housing and high-quality community services, from libraries to hockey rinks, to recruit skilled workers.”

Unfortunately, Canadian municipalities lack the fiscal tools to generate the billions of dollars needed each year to maintain and expand essential infrastructure. Though they retain only a paltry eight cents of every tax dollar paid in Canada, municipalities must cover 60 per cent of the cost of their infrastructure. And though a portion of taxes paid at gas pumps is dedicated to municipal infrastructure through the federal Gas Tax Fund, maintenance costs are increasingly being downloaded onto citizens through user fees, road tolls and transit fare increases.

Starving Canadian cities of cash further increases the nation’s municipal infrastructure deficit – which already stood at $123 billion in 2007. And Canadians feel the pain every day, in the form of crumbling roads, mind-numbing and wasteful traffic jams and deteriorating bus, subway and streetcar services.

A survey of urban experts and other “city-builders” by engineering firm Siemens concluded that poor public transit is the Achilles’ heel of urban development and is keeping many Canadian cities from achieving greatness.

The problem is, unlike many European and American counterparts, Canadian cities don’t have dedicated and sustained federal funding for core infrastructure needs, most notably public transit. For example, Toronto currently ranks 15th out of 21 large global cities on per capita investment in public transit – well behind sixth-placed New York City, which spends twice as much. And Canada is the only country in the Organization for Economic Cooperation and Development without a national transit strategy.

The failure to address transit funding – for capital and operational costs – has left residents in Toronto and its surrounding suburbs spending more time battling congestion to get to and from work than commuters in any other North American city. The Toronto Board of Trade estimates this costs the Greater Toronto Area economy $6 billion a year in lost productivity.

Canada’s growing cities have suffered from political indifference and inaction for too long. It’s all about priorities, and building world-class cities through federal investments in much-needed infrastructure should be at the top of the list.

Ottawa’s funding announcement offers an opportunity to rectify the historical imbalance in political priorities. Investing in municipal infrastructure will ensure that our cities succeed in a global economy.