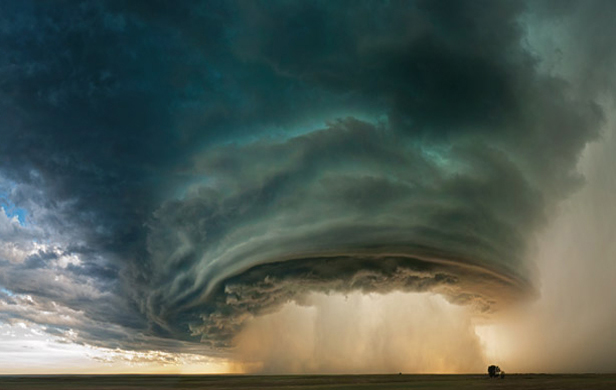 Consciousness can be costly. Philosophers and poets have long pondered this dilemma. But the idea has rarely entered the theories of evolutionary scientists until Dr. Danny Brower introduced it to Dr. Ajit Varki, an oncologist who is also an authority on cellular biology and an expert on anthropogeny (the origin of humans).

Dr. Varki met Dr. Danny Brower for a brief but intense hour at a 2005 conference on the origins of human uniqueness. As a geneticist, Dr. Brower was fascinated with the evolution of human consciousness. But he was less curious about the human ability to be aware of their own minds and the minds of others as he was about the apparent inability of other animals to develop the same facility. Whales, elephants, apes, dolphins, and some birds such as magpies provide clear evidence of self-awareness. Even though they have existed in evolutionary history for much longer than humans, however, they have never developed the same degree of self-awareness, empathetic sensitivity, social sophistication and intellectual acumen as humans. Dr. Brower thought he had an answer.

His answer haunted Dr. Varki. So, when Dr. Brower died suddenly in 2007, leaving an incomplete manuscript, Denial: Self-Deception, False Beliefs, and the Origins of the Human Mind, Dr. Varki inherited the task of finishing it. The completed book explores the advantages, costs and implications of our human capacity to understand, empathize, organize and act, the attributes that define us as individuals, societies and civilizations.

Dr. Varki notes that some species of animals seem capable of recognizing themselves as individuals and of mourning the death of their fellows. Such animals may even recognize their own mortality, a traumatizing experience that could be psychologically crippling without the protection of an appropriate defence mechanism. And this mechanism, the theory proposes, is denial.

Humans may have succeeded where other species have failed because we have simultaneously developed the contradictory capacity for both self-awareness and denial. Thus we are capable of exercising all the intellectual, empathetic, social and cultural skills that are responsible for our amazing accomplishments but we are also capable of isolating ourselves from the inevitable death which shadows all our efforts. This capacity, the theory suggests, is the adroit device of evolution that allows us to function while avoiding the heavy psychological cost of knowing the inevitable consequence of being alive. The problem presented by self-awareness is solved simply by sidestepping the reality we do not want to confront.

As Dr. Varki outlines in his elaboration of Dr. Brower’s theory, this is a useful strategy for the individual. And it has advantages for society, too. So people undertake enterprises they would never begin if they actually confronted the reality of the challenges. Denial forms a partnership with optimism to remove the obstacles preventing us from attempting the unpredictable, difficult or impossible. Travelling to the moon, rowing across the Pacific, or working faithfully for 45 years to reach a retirement pension all require an erasing of very credible risks and obstacles. Such ordinary activities as having a baby, driving on a freeway, flying in an airplane or buying a lottery ticket all require acts of denial. Even falling in love is an act that doesn’t consider the possibility of heartbreak. So risk and failure are blindly overlooked for the prospect of benefit. Bravery could be one word to describe such behaviour — if we were fully aware. But a better word might be denial, a strategy which Dr. Varki refers to as “terror management”.

The shortcoming of denial, however, is that it tends to be indiscriminate — so we deny things we should confront. Denial is also a much better coping strategy for an individual than for a species. Indeed, the loss of a few individuals because of their refusal to confront reality is unlikely to endanger the viability of an entire society. But this constraint no longer applies in a globalized world. If denial is responsible for a nuclear holocaust, then this lurking Armageddon could obliterate much of civilization as we know it. What if denial results in the use of uncontrollable biological weapons, or the release of a virus which could initiate an unstoppable global pandemic? What if genetic tinkering inadvertently creates an organism which crashes the planet’s biological systems? The denial mechanism which once affected only local people in local places could potentially affect life on the entire planet.

This is the context in which Dr. Varki raises the subject of climate change. The mechanisms we use to avoid confronting this threat are extraordinary. It is a silence that pervades many conversation. It is a subject that elections commonly avoid. It is a science that politicians suppress — at least in Canada where those who raise it are deemed pessimists, heretics, cynics, enemies, radicals.

Of course, reality is remarkably insistent. So the trauma of extreme weather events force climate change into public awareness where it is too often heard but denied. The required remedial action is invariably postponed. The necessary government regulations become promises that never materialize. Excuses and rationalizations abound as the carbon dioxide levels rise and the planet’s weather becomes more unusual, threatening and destructive. Dr. Varki summarizes the stakes succinctly. “This is the one case,” he says of global warming, “where we cannot afford to get it wrong the first time.”