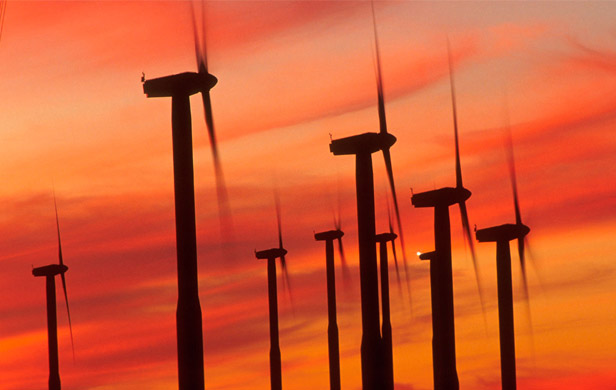 There’s no free ride when it comes to generating energy. Even the cleanest sources have environmental consequences. Materials for all power-generating facilities have to be obtained and transported, and infrastructure must be built, maintained and eventually decommissioned. Wind turbines take up space and can harm wildlife. Hydro floods agricultural land and alters water cycles.

That’s why conservation is the best way to reduce energy-consumption impacts. Reductions in energy use and investment in energy-efficiency technologies are so significant that the International Energy Agency refers to conservation as the “first fuel”.

The lesser of necessary evils

No matter how good we get at conserving, though, we’ll always need energy, so we must find ways to employ the least damaging technologies and reduce negative effects. We know the world’s preferred, and currently cheapest, method to generate power — burning fossil fuels like coal, oil and gas — is the most destructive, causing pollution, global warming and massive environmental damage during extraction, transport, refining and use. And supplies are becoming more difficult to obtain and will eventually run out.

In contrast, wind power doesn’t create pollution or global warming emissions, is affordable and will never run out. Improvements to power-generation capacity, efficiency and affordability will continue to boost its importance in the energy mix. But we must ensure turbines are installed in locations and using methods that reduce negative impacts on humans and wildlife.

Thanks to ongoing research and testing, wind power has come a long way in a relatively short time. Wildlife behaviour studies, along with technological improvements, have significantly reduced harm to birds and bats, and better siting has reduced impacts on other wildlife and habitat. Wind power generation is far safer for birds, bats and other animals than burning fossil fuels.

But what about wind power’s effects on humans, a key argument used by opponents? Turbines, especially older ones, can be noisy, and some people find them unsightly — although I prefer the sight of wind farms to smokestacks and smog. Many problems can be addressed by locating quieter turbines far enough from human habitation to reduce impacts.

As for health effects, a recent comprehensive Health Canada study confirms previous research: Although people report being annoyed by wind turbines, there’s no measurable association between wind turbine noise and sleep disturbance and disorders, illnesses and chronic health conditions, or stress and quality-of-life issues. A 2013 Australian report concluded people living near wind installations where anti-wind campaigns were active were more likely to report health problems, suggesting some issues may be psychological.

Health Canada says more research may be needed and we shouldn’t downplay the annoyance factor. Again, improvements in technology and proper siting will help overcome many problems. And there’s no doubt that fossil fuel development and use — from bitumen mining, deep-sea drilling, mountaintop removal and fracking to wasteful burning in single-user vehicles — are far more annoying and damaging to human health than wind power and other renewable-energy technologies.

Wind energy is also becoming more affordable and reliable. Denmark gets 34 per cent of its electricity from wind and Spain 21 per cent, making wind their largest electricity source. Portugal gets more than 20 per cent, Ireland 16 and Germany nine per cent. All have much higher population densities than Canada. Overall, wind power contributes about four per cent to worldwide electricity generation.

Improvements in grid and storage technologies also mean wind and other renewable technologies are increasingly feasible and desirable, especially as costs continue to drop. Investing in wind and other renewable energy is also good for jobs and the economy and can create greater stability in energy pricing than relying on volatile fossil fuel markets.

Total global investment in wind energy in 2012 was more than $80 billion, creating 670,000 jobs. According to a Blue Green Canada report, investing the $1.3 billion the oil industry gets in annual federal taxpayer subsidies in renewable energy and conservation could create 18,000 to 20,000 jobs, compared to fewer than 3,000 in oil and gas. And we can’t ignore the many related cost impacts of fossil fuel development, from health-care to infrastructure.

To reduce global greenhouse gas emissions at a pace and scale that experts agree is necessary to avoid increasing catastrophic effects of global warming, we need a mix of renewable energy. Wind power will play a large role.