I recently returned from a trip up to Peace River Country in Northeast BC, filming for a forthcoming short documentary on the Campbell/Clark Government’s proposed Site C Dam.

While I wasn’t raised in the region, I have a personal connection to the land and its history. I spent many summers and winter holidays there as a child visiting relatives. My family were early settlers in the Valley, circa 1910, and most of them still reside in the area. Some fifty years ago we lost our farm – Goldbar Ranch, West of Hudson’s Hope – to the province’s first big hydroelectric project, WAC Bennett Dam.

But that was a different time – guided by a very different vision for the future of a burgeoning young province. While it wasn’t easy for families like mine and First Nations who lost much of their ancestral territories and traditional way of life, there was a real purpose to building those early dams. Knowing what we knew then, it was an understandable decision that Premier WAC Bennett made, with the overall public good in mind (though he certainly should have consulted better with First Nations and local citizens, something that was sorely lacking).

By contrast, today, there are many good reasons why the final of three dams long planned for the Valley – Site C Dam, near Fort St. John – isn’t in the public or environmental interest, despite what our government has been telling us to the contrary.

Besides its breathtaking beauty and tremendous fish and wildlife values, the Peace River Valley is home to some of the best farmland in BC.

The soil is of very high quality: nearly 12,000 acres of good agricultural-grade land would be flooded for the project – several thousand of which bear class 1 and class 2 soils.

But it’s not just the earth that makes the Peace Valley ideal for a diverse range of food production. The valley also produces a unique micro-climate that yields a longer growing season than anywhere north of the Fraser River Delta and Valley (another critical food security region in BC under siege from development – in this case highways, ports, and housing and industrial development). Everything from corn and potatoes to cantaloupes and watermelon have been grown in the Peace Valley. 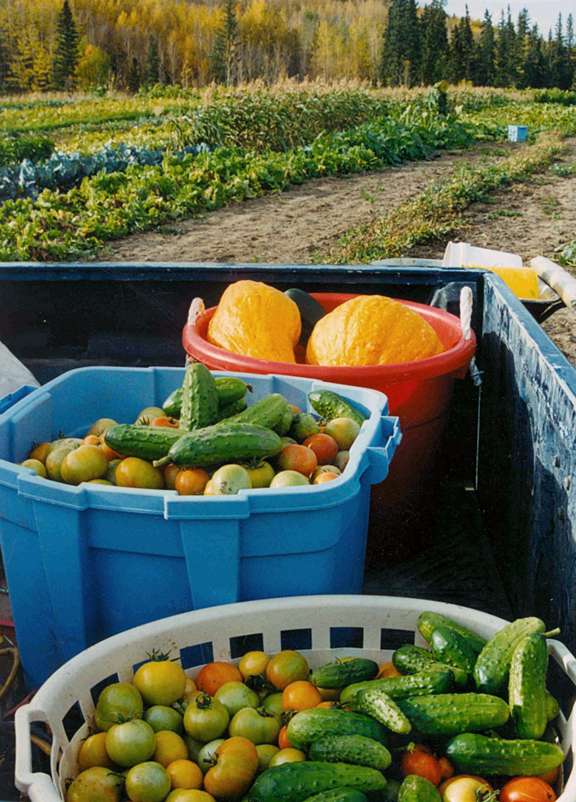 At one time, a single farm run by Lynda and Larry Peterson provided a quarter of the region’s potatoes and a market garden with fresh fruits and vegetables of a wide variety.

But today, the Valley isn’t producing nearly what it could, due to a flood reserve which has held vast tracts of land hostage to the recurring threat of another dam. Consequently, much of this land lays fallow, while the region has seen many of its farming and food processing services disappear, along with the market gardens that once flourished, supplying residents with locally-grown produce.

For me, the question of Site C Dam really comes down to a choice between energy and food security.

Despite what the public has been told about BC’s energy situation, the province is more than able to meet its own electricity needs without building Site C – or paying billions of dollars for exorbitant, unnecessary private river power. Our electrical consumption has actually been trending down, thanks to a slow-down of the global economy (which shows no signs of reversing) and power smart programs taking effect (from 53,500 GWh of electricity in 2009 to just over 50,000 last year).

Under pressure from BC Hydro’s CEO, a recent panel review of the public utility, and the media and public, the Clark Government appears to be backing away from its ill-conceived and improperly named “self-sufficiency” and “insurance” requirements that falsely inflated the province’s need for electricity.

By contrast, BC is facing a food security crisis. According to data from the provincial Ministry of Agriculture and Lands, as of five years ago, we were less than 50% self-sufficient in food and down from approximately 80% self-sufficiency in vegetables in 1970 to about 40% today.

It’s clear that food self-sufficiency is a far greater concern for the province than electrical self-sufficiency; ergo, the Peace Valley should be preserved for food production and wildlife habitat, not flooded for power we don’t need.

So where is this power really going? To natural gas fracking operations in the region. I’m told by people researching the matter that two of the major gas processing facilities in the Horn River Basin, northeast of Fort Nelson – Encana’s Cabin Gas Plant and Spectra’s nearby operation – could eat up close to a quarter of Site C’s total power output alone. And there are many other large operations being built for natural gas extraction and transmission – in addition to major coal mines throughout the region, all in need of significant power. Energy Minister Dick Neufeld told locals publicly in 2008 that half of the power from Site C was destined for Horn River shale gas operations – evidenced by the fact the government wants to build a major transmission line from the Fort St. John area up to the Horn River Basin, to carry this new power from Site C.

All of this once again begs the question, why are talking about wiping out 12,000 acres of productive farmland and important wildlife habitat to subsidize natural gas and coal operations? (And bear in mind that not only will you be financing the $8-10 BILLION dam as a taxpayer and shareholder of BC Hydro, but you will continue subsidizing large industrial power users – who pay half or less what you pay for electricity – through your much higher power bills and tax bills well into the future).

Clearly this is the wrong direction for BC to be going in. What needs to happen now is for Site C to be cancelled once and for all, for the long-standing flood reserve to be lifted off the Peace Valley, and for local farmers to return to the land. If farmed to its full potential, this valley could feed the whole region and a significant portion of Northern BC.

Watch for a forthcoming short documentary by Damien Gillis on Site C Dam in early 2012.

6 thoughts on “Site C Dam: The Folly of Choosing Energy Over Food Security”