The document below – obtained recently by The Common Sense Canadian – is a slap
in the face to the many British Columbians who are all to familiar with this ruling
government’s secretive ways. Authored in 1998 by Campbell himself whilst Leader of
the Opposition, to the then director of the BC Freedom of Information and Privacy
Association, the letter slams the NDP government of the day for not being more
“open” with the public.

“Open government is the hallmark of free and democratic societies,” he begins.
“Regrettably, the NDP have abandoned their commitment to open government.
Expenditure cuts, the threat of fee increases, and the excessive reliance on FOI as
the only way of obtaining routine government documents are all evidence of a
government which prefers the practice of concealment to the culture of openness.
This is unacceptable.”

And on that one note, we wholeheartedly concur. If only Campbell hadn’t followed
this rant with the most secretive, obstructionist, and anti-democratic government in
the history of our province, we could now applaud his bold statement in hindsight.
But on the heels of the infamous Hansen HST memos – obtained only by FOI long after
the fact, and full of large tracts of white space covering up redacted text – it
reads now like a bad, Orwellian joke.

In the spirit of openness, see for yourself… 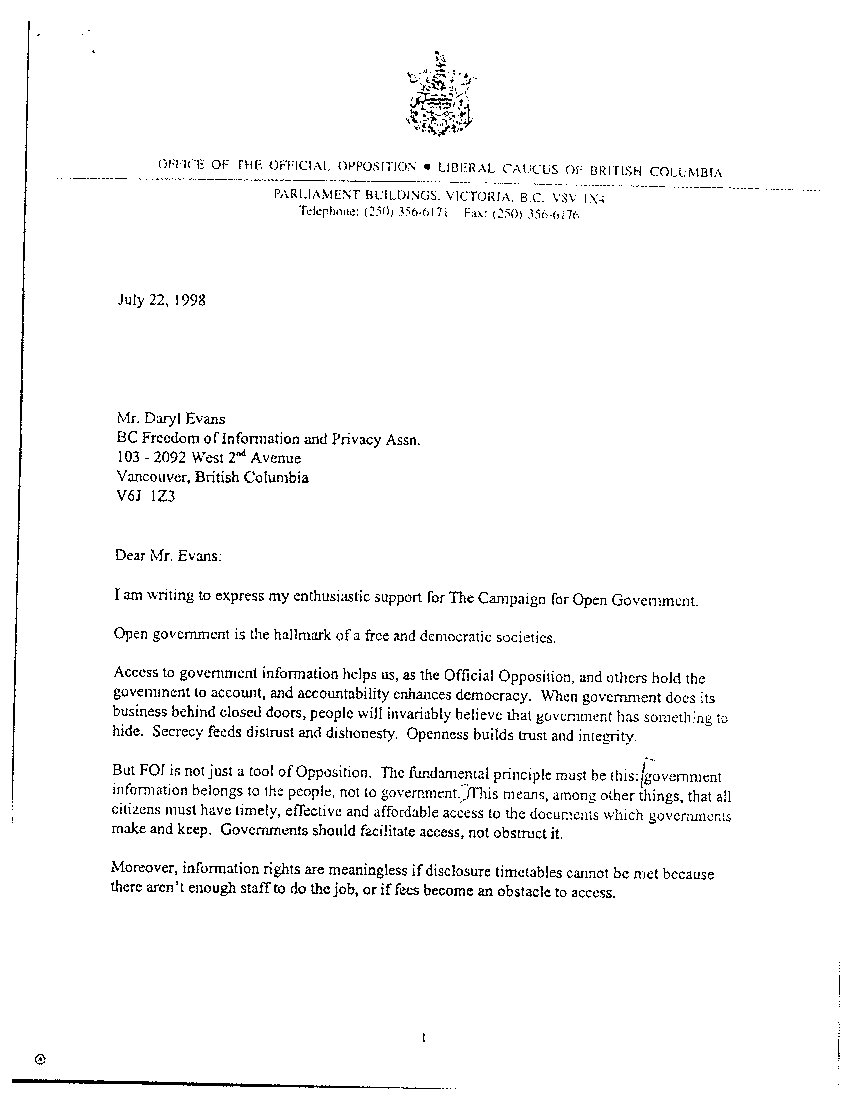 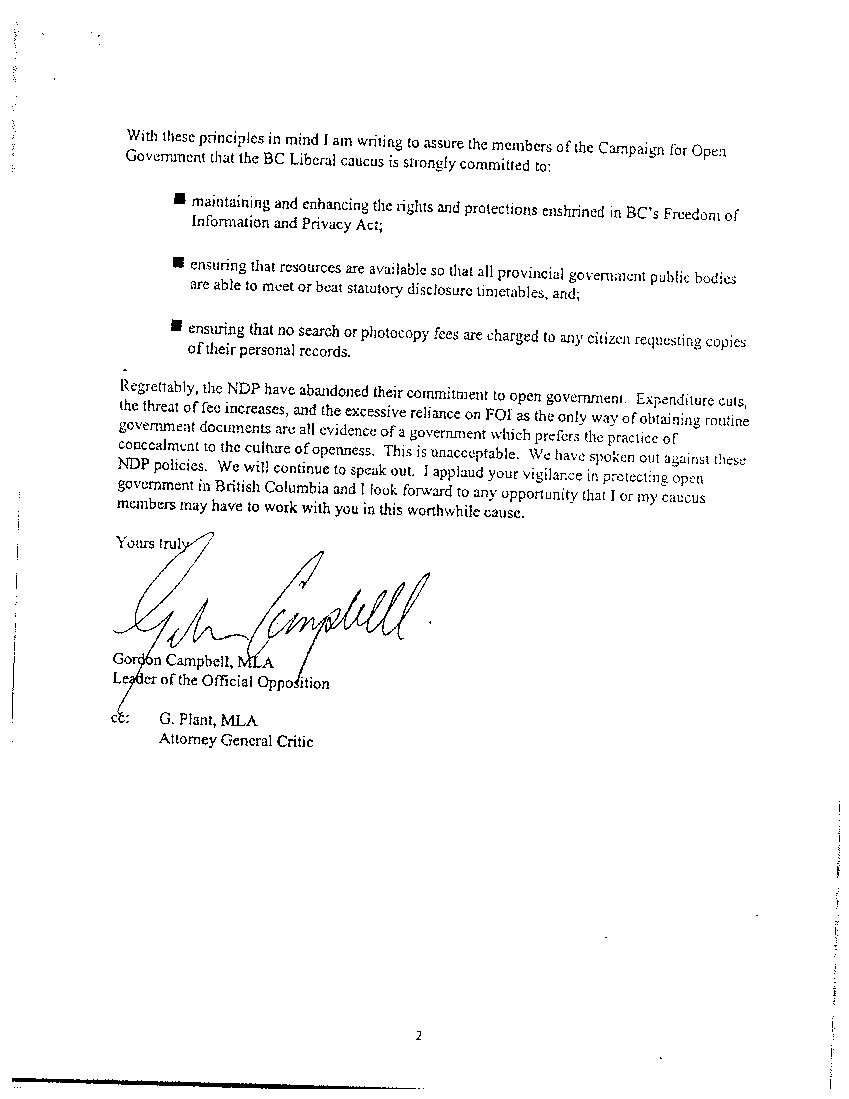