Dr. Gus Van Harten of Osgoode Hall has written a must-read letter to Premier Clark which you can read here.

There are a few things we do know:

Let me direct you to the Premier’s letter (below) for which I’m grateful to Laila Yuile, a blogger who’s a necessary read if you want to really see what’s going on inside.

Let us suppose the Province, under a different government, wants to stop the Enbridge pipeline or any other contract where China has an interest. This will involve us in a huge claim in damages. Indeed, any deal the federal government makes with China has been accepted in advance by Premier Clark.

Think on that for a moment. We have signed away, without any mandate from the Legislature, let alone the people, our constitutional right to oppose trade agreements with China no matter how badly they fly in the face of BC’s constitutional powers or how injurious they are to BC’s interests.

Below you’ll see a letter from Clark pledging BC cooperation with the feds. 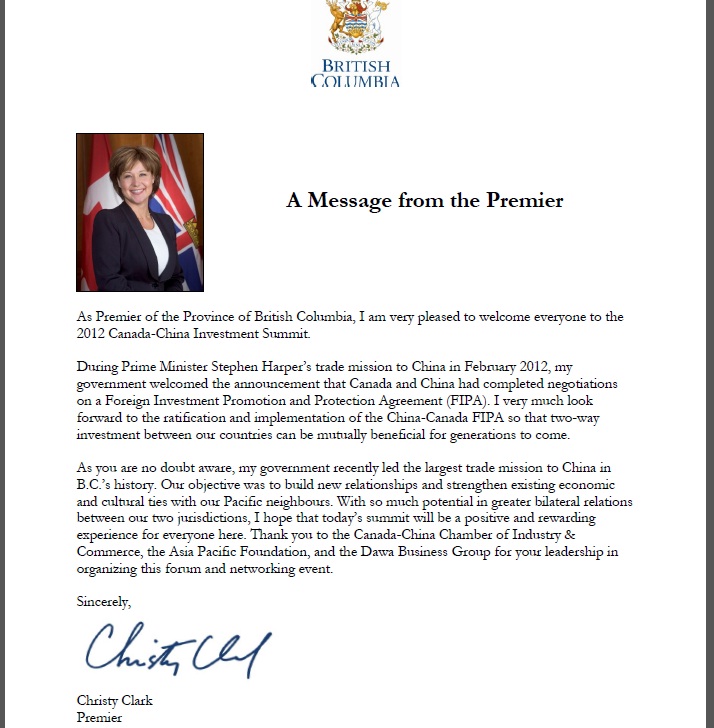 Jane Sterk, Leader of the Green Party of BC, questioned this policy and got this rubbish in reply on October 26:

Thank you for your letter of October 23, 2012, regarding the Canada-China Foreign Investment and Protection Agreement (FIPA) that was signed at the Asia-Pacific Economic Cooperation Summit in September.

The provincial government has been involved in the process that led to this agreement and we are confident the new Agreement will provide a framework through which greater economic prosperity will come for British Columbians and for British Columbia’s business sector.

I think we can agree that international investment is key to building our provincial economy. We feel encouraged that written in the Agreement are unambiguous assurances that provisions and procedures for investor-to-state dispute settlements are clearly laid out and that they stipulate transparency provisions that are important to Canada. We have been advised that the Agreement will likely result in one of the best written investor protection treaties ever and significant efforts have been put into ensuring the Agreement is in the best long-term interests of Canada.

The main goal and objective of this FIPA is to establish a more transparent investment relationship with China and to ensure Canada and Canadian businesses are treated fairly. China is B.C.’s second largest trading partner and we want to strengthen that relationship. This investment agreement is an important step in the right direction towards improving our trade, investment and cultural ties with China.

There are two major issues here:

As to the former, again, I urge you to read this letter from trade expert Dr. Gus Van Harten to Premier Clark.

As to the latter, as one who has been involved in such matters at the highest level, I can tell you that on the face of it, Premier Clark’s letter abandons the constitutional protections BC has.

This is no minor, legal nit-picking. We live in a federation where both the federal government and the provinces have legal, inviolable rights. This is the glue that holds the nation together.

On the pipelines/tankers specifically there are a number of areas where BC has the absolute right to make conditions or ban them outright. Premier Clark, in her disastrous statement, has, on the face of it, estopped BC from exercising our rights. “Estopped” means that she has taken a position upon which another has acted and can no longer exercise the rights she signed away. 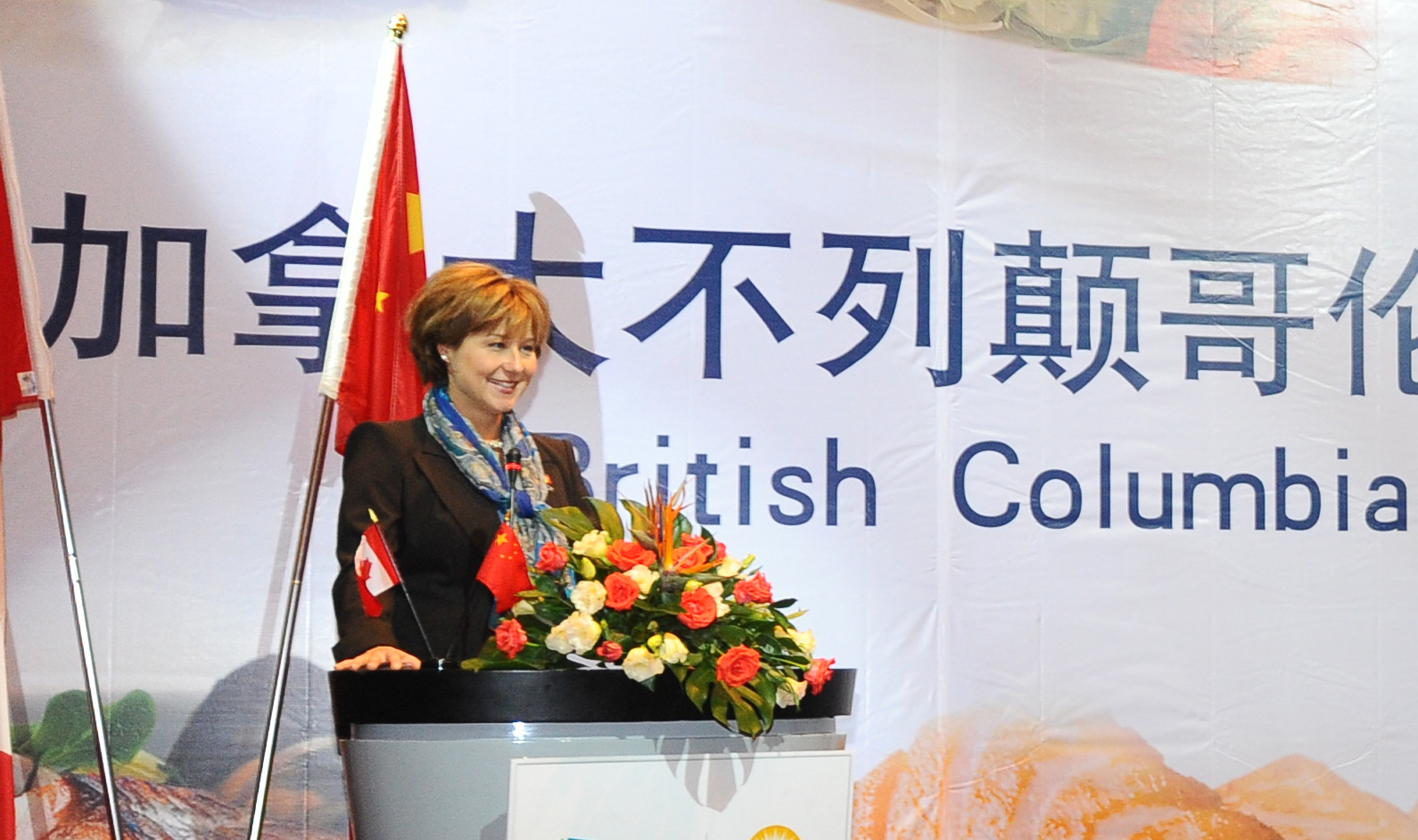 In short, by agreeing to this treaty, she has, for the length of the contract, surrendered our right to exercise our constitutional rights.

Why did Premier Clark do this?

We can’t overlook the fact that she may just be too stupid to understand what she has done. One hates to say this sort of thing but this is surely an option we must consider, remembering Mair’s Axiom One which states, “You make a very serious mistake assuming that people in charge know what the hell they’re doing.”

If she took advice, it was terrible. Moreover, she couldn’t possibly have read outside independent advice as that given by Dr. Van Harten.

To my way of thinking it’s because she’s at the mercy of the Feds when it comes to canceling the HST, just a month ahead of next May’s election.

We have, then, given our constitutional rights away without any consultation with the people who lose these powers. It’s been called “economic treason” and I agree.

Is there any doubt now why she was too cowardly to call a fall sitting of the Legislature?

To give this bunch another mandate would be insane.