The oceans of Planet Earth currently contain about a quarter million species of marine organisms, which together constitute the Marine Food Pyramid and the Marine Food Web.  If we do not change our ways, radically and fundamentally, immediately or sooner, we stand to drive over 90% of them, or more than 225,000 species, to extinction, and that is from the oceans alone.

Of this 250,000-species global treasure the Marine Food Pyramid/Web, all the fishes on all levels and pathways combined number only 15,000 species, and all the marine mammals (whales, dolphins, seals) total only about 120 species.  And all of these advanced species will likely be among those that would go extinct, as will likely be most corals and arthropods (krill, crabs, lobsters). 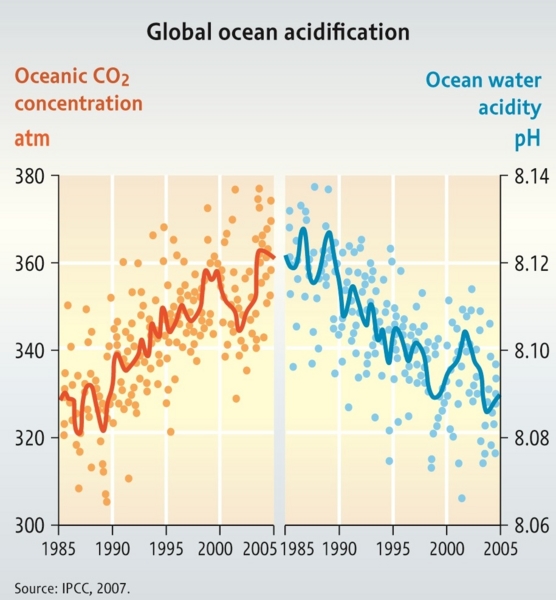 When we talk about mass extinctions, the End-Cretaceous Extinction 64 million years ago, the one that wiped out all the dinosaurs – Mass Extinction #5 – comes to mind.  But first, at about a 50% extinction rate, it was not the most severe among the Big 5, eliminating “only” about 50% of Earth’s species including all the dinosaurs; and second, it was not caused by global warming, but by an asteroid.

The worst of them all was #3, the End-Permian Mass Extinction 251 million years ago, which drove some 75% of all land species and 95% of all marine species – including all the corals – to extinction.  And it was caused by global warming resulting from geological activities associated with the break-up of the super-continent Pangaea.

This won’t be immediate, at least not in the human time frame – perhaps a century or two, or three – but it will happen if we follow our current trajectory.  The only difference is: Which of our future generations shall we devastate the most?

Meanwhile, as we do the Amazon rainforest on land, so we rape the oceans and the seas, directly, with highly effective machinery from chain saws to trawlers, to drain pipes of pulp mills, to floating islands of plastic, as if there is no tomorrow.  Many previously major species have been fished out of commercial existence, and poaching, such as shark-finning, kills off up to 90 million sharks a year, of which over 200 species are endangered.  At the rate we’re going, perhaps there will be no tomorrow after all.

Imagine an ocean without whales, dolphins, seals, sharks, cod, octopus, lobsters, crabs, nor a single coral reef.  It will still look breath-taking from a beach at sunset, but our soul will be filled with that ocean’s desolate emptiness.