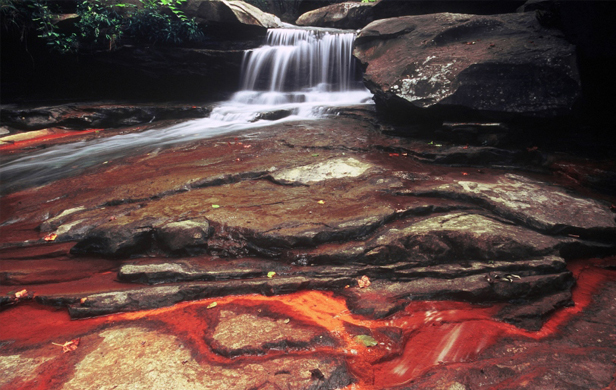 Heavy metals and sulfuric acid, otherwise known as battery acid, or acid mine drainage, are toxic for wild salmon. That should be obvious, but after Bill C-38 – the federal budget implementation bill which “streamlined” environmental assessments, gutted environmental protection agencies, and virtually eliminated local spill response capabilities – the future of British Columbia’s best remaining salmon rivers and watersheds is uncertain. The possibility of mine pollution leaching into fish habitat and spawning grounds is a real and long-term threat. In fact, it’s already happening. For a glimpse of the future of Pacific salmon watersheds, you may need to look no further than the sordid case of Chieftain Metals and the Tulsequah Chief mine in the Taku River watershed in northwestern BC.

The Taku River flows from BC into Alaska and is the largest totally intact watershed on the Pacific coast of North America. It also contains an old mine site, the Tulsequah Chief, which was abandoned in the 1950’s. For over half a century the mine has slowly leaked contaminated water into the best spawning grounds on the highly productive Taku River.

Recent attempts to re-develop the mine – first by Redfern (which went bankrupt in 2009), then by Chieftain Metals (a company co-founded by the former CEO of Redfern) – brought the promise of cleaning up the site. Sadly, it was a false promise. On June 6, 2012, Chieftain Metals announced its intent to close the Interim Water Treatment Plant installed at the Tulsequah Chief site in November 2011 to address chronic acid mine drainage and heavy metals pollution. The company will now be violating its discharge permit, and contaminants will again seep into the river.

What happens now is anyone’s guess. At this time, Chieftain can’t afford to run the water treatment plant. The mine proposal, including a 122 km road through the currently roadless watershed, is fraught with financial and logistical problems and a dwindling social license from the residents of Atlin and the Taku River Tlingit First Nation.

Now is the time for the governments of BC and Canada to step in. If both governments choose to look the other way on the noncompliance by Chieftain Metals, it will show that neither government has any real interest in salmon habitat and fisheries conservation issues.

The stakes are high. The situation facing the Taku River may be a future scenario for the transboundary region as a whole. Along with the Taku River, the Stikine, Iskut and Unuk Rivers support robust populations of all five North American species of Pacific salmon, which sustain commercial, sport, and subsistence fisheries in both BC and Alaska. All of these latter three rivers are threatened by proposed mining projects that dwarf the Tulsequah Chief by several orders of magnitude.

BC Hydro’s Northwest Transmission Line (NTL), a 287 kV power line running 344 km north from Terrace to Bob Quinn on Highway 37 near the Iskut River, is currently under construction in the transboundary region. Billed as a “gateway” project to further industrial development, the power line could lead to the construction of up to 11 new mines.

Most all of these proposed mines, such as Red Chris, Kerr-Sulphurets-Mitchell, and Schaft Creek, are huge open pit copper and gold mines that would leave behind millions of tons of waste rock that would need to be treated for acid mine drainage for centuries to come.

Ingesting even minute amounts of copper makes salmon more susceptible to predation. Ingesting sulfuric acid – created when the mining process exposes sulfide minerals to water and air – is acutely toxic for salmon. In a region that has heavy snows, frequent avalanches and seismic activity, the potential for an industrial accident is high. This poses an unacceptable risk to internationally significant salmon habitat.

In the post-Bill C-38 Canada, our nation’s environmental protections have been greatly weakened. But as renowned Canadian scientist Dr. David Schindler has said, “All species, including humans, require functioning ecosystems based on healthy habitats. It is the explicit role of government to find the balance between protecting this habitat and encouraging sustainable economic growth – not to pit them against one another.”

The transboundary region is a place where government can still try and get it right.  They can start by stepping up and forcing a cleanup of the Tulsequah Chief mine site. Failure to do so would send a signal that both federal and provincial governments have chosen to abdicate their responsibility to protect our environment, and that pollution risks to Pacific salmon watersheds will likely continue to grow.

4 thoughts on “Heavy Metals, Acid Mine Drainage a Threat to Pacific Salmon Watersheds”