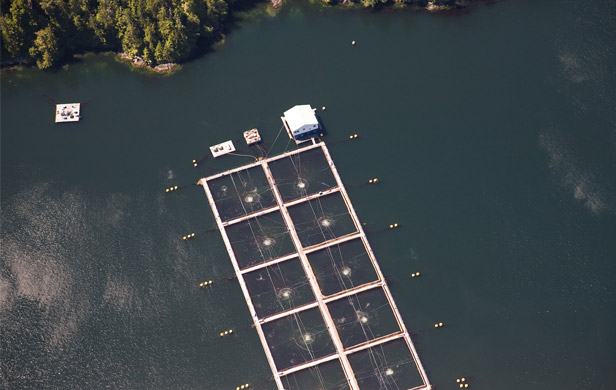 A month ago, I suggested my Times-Colonist readers send notes to Minster Gail Shea regarding DFO’s lack of response to the $26 M, 1,200 page, 75 recommendation Cohen Commission Report. Many of us received stock letters. Let me walk you through it.

Shea: Thank you for your correspondence of October 30, 2013, regarding the Commission of Inquiry into the Decline of Sockeye Salmon in the Fraser River, which was headed by Justice Cohen.

Reid: As of January 19, 2014, DFO still has not responded to the Cohen Report, tabled Oct 31, 2012. This is why I and others started Environmental Petitions with the federal AG – to force DFO to respond concretely. That process requires a mandatory response in 120 days. No response yet.

Shea: The Cohen Commission provided Fisheries and Oceans Canada (DFO) with valuable information that informs our day to day work of protecting Pacific salmon.  DFO is responding to Commissioner Cohen’s recommendations by taking concrete actions that make a real difference.

Reid: One of Cohen’s important recommendations was for DFO to relinquish its conflicting role of supporting fish farms and put its full effort into implementing the 2005 Wild Salmon Policy, and the 1986 Habitat Policy. The report says there should be a new western director general charged with bringing back Fraser sockeye. DFO has not responded to these recommendations.

Shea: The Government of Canada’s commitment and long-term support for the salmon fishery in British Columbia is demonstrated by the significant annual investment that is made on a wide range of activities including fisheries science, protection of fisheries habitat, salmon enhancement, catch monitoring, and enforcement.  Currently, DFO invests more than $65 million per year, of which about $20 million is directly related to Fraser River sockeye.

Reid: Well, no. My estimate of habitat restoration needs is $500 Million over five years. If you look at the Clay Bank on the Cowichan that was fixed for a cost of $1.5 M and is perhaps 300 yards long, it is immediately clear the cost of habitat restoration needed in BC. And on the Fraser, DFO actually allowed removal of spawning gravel that resulted in the destruction of 3 Million pink salmon. And where is restoration for 20 miles of San Juan River that looks like a lunar landscape from logging damage? Ditto for the Klanawa. And there are those 77,000 culverts all over BC with electrical potentials fish will not cross to feed or spawn. The BC government fixed 50 and stated the rest would take 3,080 years. It has been letting science people go for years, and the Harper Government has been in the news for dismantling science all over Canada.

So, please, send me a disaggregated budget that identifies real projects and costs. Salmon enhancement is about $21 M for all of BC – but it’s not habitat restoration. Furthermore, by comparison, Bonneville Power, invests more than $40 Million each year for one river, the Columbia, with the entire US budget reaching $1 Billion some years. And your panel that follows Fraser sockeye stocks is an impressive technical achievement, requiring DNA analysis twice per week in real time. This is outstanding, but it is not habitat restoration, nor enhancement. And what does enforcement do with rehabilitation of freshwater salmon habitat which all agree is the real problem? I will take your budget apart to see what, if anything, matters to the issue.

Shea: In addition, Economic Action Plan 2013 included three major measures that are directly addressing Cohen Commission recommendations.  First, the Government committed $57.5 million over five years that will help bolster environmental protection in the aquaculture sector through science, enhanced regulatory regime and improved reporting.  Second, it contained a new program to support recreational fisheries conservation activities through partnerships with community groups.  Third, all revenue collected from the Salmon Conservation Stamp will be dedicated to the Pacific Salmon Foundation, which will mean approximately $1 million more in revenue every year to support the Foundation’s great work.

Reid: Well, no, putting $57.5 M into fish farms is not the same thing as addressing the Wild Salmon Policy, enhancement and habitat restoration for wild, native Pacific salmonids. BC wants fish farms out of the water.

Second, your community group program is only $1.9 M over two years, with only $.2M on Vancouver Island in 2013.

Third, the Salmon Stamp money given to the PSF is actually $1.8 M per year – and is not new as it has been done for some years. I recommended to Brian Riddell, CEO, that he suggest quadrupling the Stamp so revenue was $7.2 M per year to local projects, and gain a commitment from DFO and BC for $7.2 M per year each. The resulting $21.6 M is the beginning of a program of some size, with the leverage of local restoration groups and businesses, that begins to seriously address habitat restoration.

And, in all fairness let’s put this $1.8 M in proper perspective. You are putting $400 M into NL for fish farms, so the $1.8 here is .45% of what you are currently giving to fish farms that Cohen said you should hive off from your activities because it is fundamentally opposed to your responsibilities for wild fish. Where is the $400 M for wild BC salmon?

Shea: The Government has also decided to limit salmon farming activities in the Discovery Islands until September 30, 2020, including not allowing any new marine aquaculture sites; this is in line with Commissioner Cohen’s recommendations.  During this time, additional scientific research will be conducted and a disease risk assessment process will be completed.  While the Canadian aquaculture industry already operates under some of the strictest regulations in the world in order to minimize risks to the environment, this action responds to the Commission’s call to address “scientific unknowns” in the Discovery Islands.

Reid: Well, yes, a moratorium on the Discovery Island farms is in line with Cohen. On the other hand, his terms of reference, which you set, only allowed him to look at Fraser sockeye. His recommendations should be viewed as applying to the entire province.

As for science, this paper shows a 50% drop in wild salmon numbers in BC since fish farms were introduced. They note the same in Ireland, Scotland and Atlantic Canada, in fact anywhere farmed salmon are introduced. Note that Commercial sector employment has been cut 50%, 1,700 jobs, in the same time period. So fish farm jobs likely eliminate jobs in other sectors, resulting in a net employment loss.

Also, you may recall that your own scientist, Kristi Miller, found the exotic disease, ISA, back to 1988 in Fraser sockeye and both ISA and HSMI, also an exotic Norwegian disease, in the Creative chinook farms – roughly 125,000 diseased fish per farm – in Clayoquot where your own estimate is only 501 wild chinook remaining in 6 streams. And didn’t they just win one of your ‘awards’ for being environmentally sustainable?

You will be aware that the Cohen evidence found an inability for DFO’s Moncton Lab, the CFIA and BC to find ISA disease. And now Miller and Riddell will be doing such work, which sounds good, but you have only allowed this with DFO, CFIA, and fish farms parsing the news releases. I’d say this is a ‘no’ as well.

And on the ‘strictest laws’ comment, this is regularly said all over the world. In the recent past, in Chile, USA, Norway and Scotland. The obvious answer is that your assertion cannot be true because every nation has its own laws.

Shea: The Department is committed to the viability of the salmon fishery in British Columbia so that it remains a sustainable and prosperous resource for years to come.

Reid: I would say, sadly, BC opinion is that DFO is managing wild salmon into extinction and in the end there will be no problem when all the salmon are gone. This includes Kennedy Lake sockeye, Georgia Strait coho, those Fraser 4-2s and 5-2s and the Owikeno sockeye that collapsed more than 20 years ago but have not recovered. Your own science says these are small fry and not killed in freshwater. You will know that the SFU Routledge Owikeno fry were the first ones to be found with ISA in BC, by three different labs.