When does a foreign-owned corporation’s right to protect its share price trump the environment and Canadian public’s rights? Apparently, when it’s the Norwegian salmon farming industry.

Numerous instances from the past several years reveal a pattern of salmon farmers resisting transparency when it comes to disease and parasite monitoring – and the excuse often given is severe financial damage to the companies involved. But if there’s nothing untoward about their operations, as they maintain, then how could the release of said data prove so damaging to their bottom line?

Documents obtained by The Common Sense Canadian reveal that the Norwegian-owned companies Marine Harvest and Cermaq (who together control three quarters of B.C.’s salmon farms) have been lobbying behind the scenes since at least 2008 for the Government not to release disease information. The BC Salmon Farmers Association (BCSFA) also successfully argued against the disclosure of disease data during the Cohen Inquiry, with Justice Cohen ruling in June that information must be kept confidential until the evidentiary hearings on aquaculture.

Clearly, these companies are very worried about this information getting out to the public.

Marine Harvest admitted in a submission to the Office of the Information & Privacy Commissioner in 2008 that the release of disease information “would cause significant commercial harm,” “undue financial loss” and that “Marine Harvest Canada’s reputation could be tarnished and sales volume reduced”. It further stated: “Marine Harvest is a publicly traded company on the Oslo Stock Exchange and as such, corporate reputation is very important in maintaining share price and shareholder loyalty.” (On a side note, has this industry even informed their shareholders of the risk of Infectious Salmon Anemia in BC?)

Marine Harvest’s largest shareholder, incidentally, is Norway’s richest man, John Fredriksen, worth over $10 billion. (In 2007, while fishing on Norway’s River Alta, Fredriksen admitted to the Altaposten Newspaper, “I’m concerned about the future of wild salmon. Move salmon farms out of the path of wild salmon.”)

Meanwhile, Cermaq – who operate in Canada as Mainstream and whose largest shareholder is the Norwegian Government – claimed in another submission in 2008 to the Office of the Information & Privacy Commissioner that “disclosure would result in “undue financial loss” to Mainstream,” “damage Mainstream’s business” and referred to “the harm which such information in the wrong hands can do.”

Similar statements were made by the BCSFA in submissions to the Cohen Inquiry in May this year. The industry lobby conceded that should disease data be disclosed publicly there would be a “likelihood of misuse and irrevocable damage to the economic interests and reputations of participants and individuals.”  In another submission to the Cohen Inquiry in May, the BCSFA admitted, “Irreparable damage will occur to the reputations and economic interests of the BCSFA’s member companies and their shareholders.”

While the BCSFA – whose members include the Norwegian companies Marine Harvest, Cermaq and Grieg – has been privately lobbying for the non-disclosure of disease data, they have issued public statements claiming “good health” and “healthy fish” on BC salmon feedlots.  This is despite the fact that in April 2010, BC’s salmon farmers began refusing access to government inspectors to carry out disease monitoring.

Meanwhile, even the data the industry group wants the public to see reveals a host of deadly diseases, viruses, pathogens and bacteria since 2003 (published online via the “BCSFA Fish Health Database“). 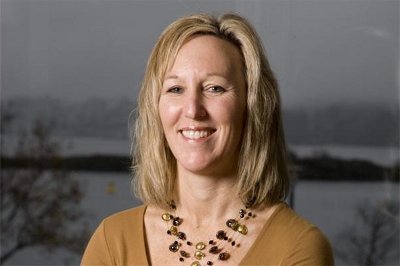 It’s not just the industry that seems intent on keeping potentially damaging data in locked filing cabinets. The case of Dr. Kristi Miller has recently made headlines across the country.

Dr. Miller’s work was hailed by the world’s top scientific journal Science as a breakthrough when it published her paper in January of this year. In BC, Miller had stumbled onto a disease known as Salmon Leukemia – which causes brain lesions in salmon that may be related to pre-spawn mortality (when fish die just before making it back to their home rivers to spawn).

Dr. Miller was barred from speaking to the media about her findings by the Privy Council, which supports the Prime Minister’s Office. This isn’t surprising when you view a powerpoint of hers released already as an exhibit by the Cohen Inquiry on March 17, which suggests Salmon Leukemia is causing brain tumors in our sockeye and relates the virus to salmon farms.

To what extent this disease is related to salmon farms on BC’s coast and/or collapsing Fraser River sockeye stocks remains to be seen, but Dr. Miller will finally have her chance to answer questions when she’s on the stand and under oath during the Cohen Commission’s “Diseases” hearing on August 24.

This will be one of the big questions to be answered at the Judicial Inquiry: “To what extent is Salmon Leukemia affecting Fraser River salmon stocks?”

The other big question is: “Is Infectious Salmon Anaemia in British Columbia – and, if so, how is it affecting/could it affect wild salmon?”

And If ISA isn’t lurking in B.C., what other deadly diseases could possibly precipitate such “irrevocable” and “irreparable” financial meltdown were they to be revealed publicly? In Chile, ISA precipitated a financial meltdown which caused an estimated $2 billion in losses as up to 80% of farms were shut down in just a few years.

The Globe & Mail reported in May (in data submitted to the Cohen Inquiry): “There are approximately 35 indications of the existence of ISA identified in these records to date.” But Cermaq maintain, “ISA is not here,” and, “ISA is an East coast disease.”

Cermaq’s Communications Officer in Canada, Grant Warkentin, claimed in a letter to The Courier-Islander in May: “There is no ISA here; the disease is catastrophic for Atlantic salmon, so of course farmers are always looking for it; and again, there is no ISA here.” Cermaq’s Communications and Corporate Sustainability Manager in Canada, Laurie Jensen, claimed during a public meeting in Tofino in June that “ISA is an East coast disease, not a West coast disease” and that symptoms of ISA are not in British Columbia.

The BCSFA continue to claim publicly at least that “there are no findings of exotic disease” (January 2011) and an “absence of exotic disease” (May 2011).  The BCSFA flatly stated in a recent letter to The Courier-Islander, “ISA has not been found here.” Significantly, the letter also admitted that imports of eggs to B.C. continue, despite the science showing vertical transmission: “The small percentage of eggs that are imported are under strict regulations: including limiting sources to countries that have never seen ISA, as well as quarantine and testing programs before they’re ever used.”

Judgment Day may be fast approaching for the three Norwegian multinationals – Marine Harvest, Cermaq and Grieg – which control 92% of the BC salmon farming industry. In addition to the scientists, government and industry officials to take the stand, after years of pushing by the industry’s critics, 10 years of disease data for 120 salmon farms in B.C. will be submitted to public scrutiny for the first time.

If and when compelling new evidence comes to bear – on the public record, there for media to freely report – connecting BC’s declining salmon populations with diseases related to the salmon farming industry, the fall-out for the industry could indeed be as severe as it fears. Those flashy TV ads professing the industry’s utter innocence would certainly come back to haunt it, as would all the years of obstructing the communication of important science to the public whose wild salmon and marine environment are at stake.

After all, as Watergate taught us, “it’s not the crime, it’s the cover-up.”

Is the Norwegian salmon farming industry in line for a Nixonian fall? Be there at the Cohen Commission starting August 22 to find out for yourself – or stay tuned to The Common Sense Canadian for our extensive coverage.