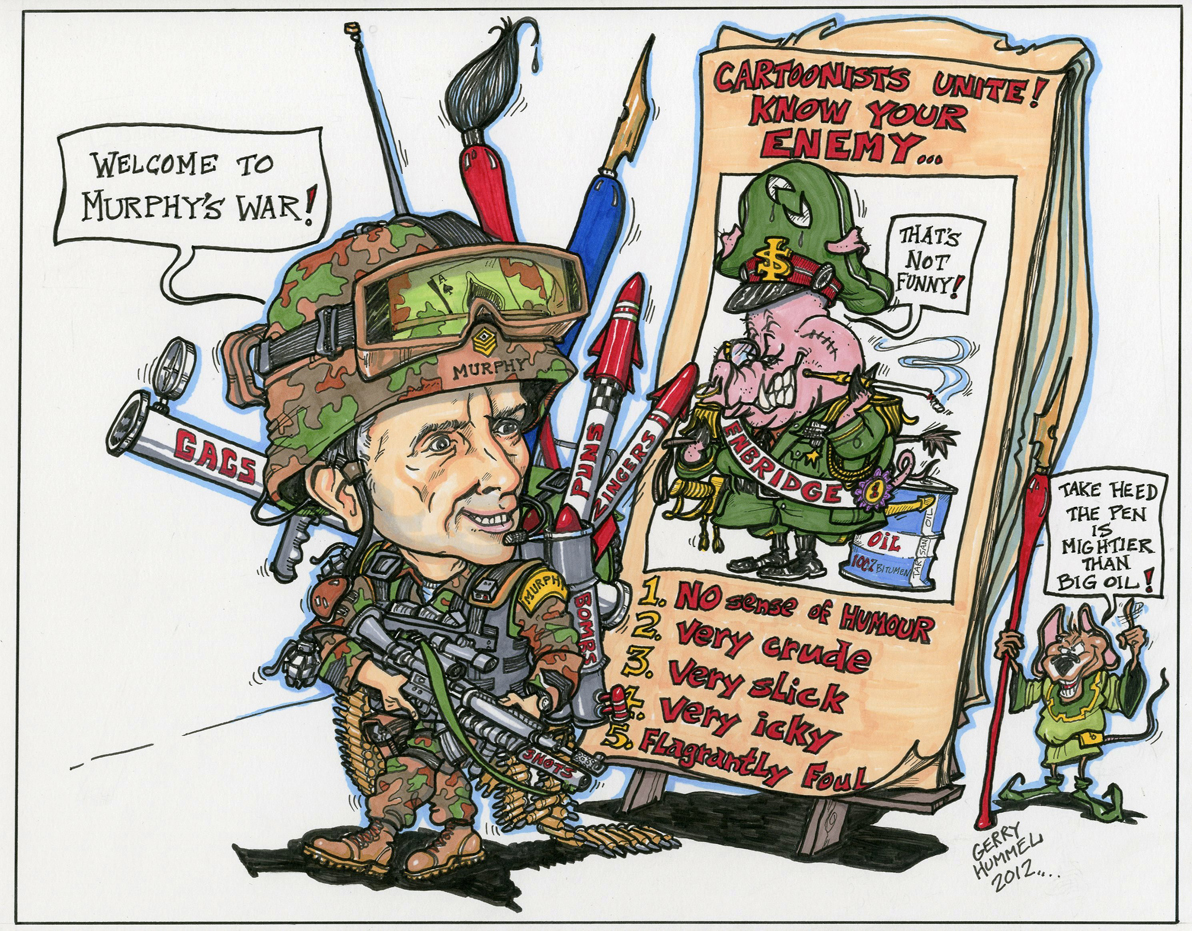 Check out this new cartoon from Gerry Hummel. Province cartoonist Dan Murphy set off a firestorm recently with his video spoof on Enbridge’s slick, new ad – designed to allay British Columbians’ concerns over the company’s proposed Northern Gateway Pipeline – when the piece was pulled hours after first being posted online. Murphy explained to the media that he was told by the paper’s Editor-in-Chief Wayne Moriarty that Enbridge had complained about the cartoon and threatned to pull a million dollars worth of advertising from the paper’s parent company, Postmedia, if it wasn’t pulled from The Province’s website. The story was picked up by international media, including The New York Times and The Guardian.