Check out this new cartoon from Gerry Hummel highlighting the push to open up BC and Alberta’s fossil fuel resources to emerging Asian markets like China. In recent months both Prime Minister Stephen Harper and his Resources Minister Joe Oliver have told Canadians and leaders on the world’s stage that the Enbridge Northern Gateway Pipeline will be built despite intense opposition from the public and First Nations in BC. 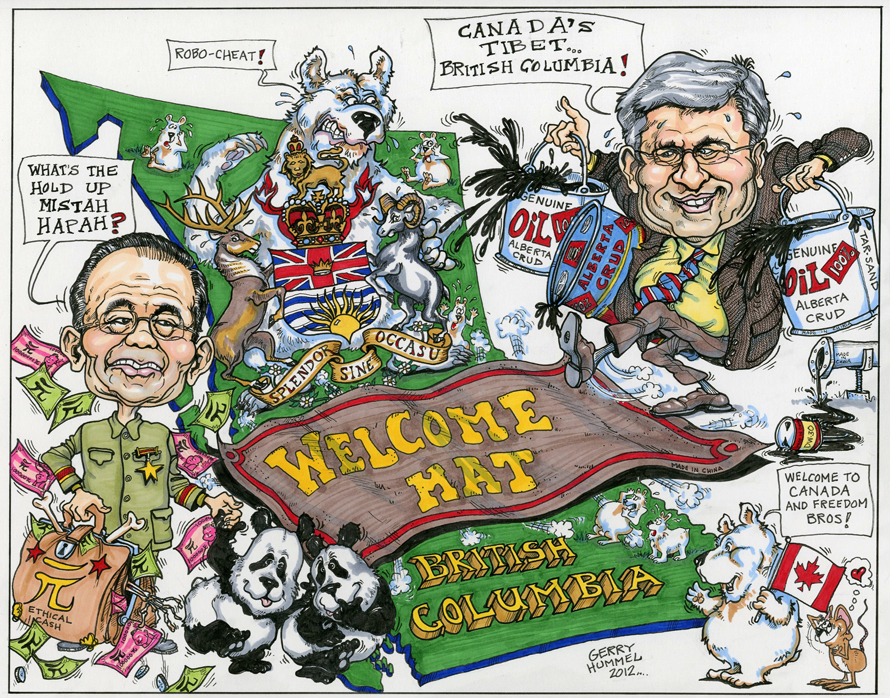 5 thoughts on “Cartoon: Harper Rolling Out the Welcome Mat for China”