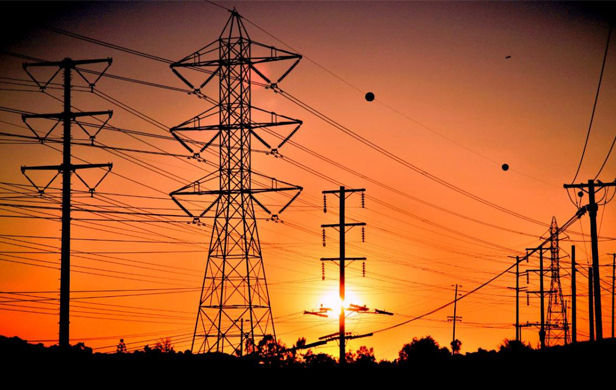 By Norman Farrell – republished from In-sights

Readers may tire of reports on BC Hydro but the more I examine this public utility, the more convinced I am that citizens of BC are victims of massive financial deception.

In 20 years leading up to 1996, BC Hydro’s average annual revenue from trading in North American electricity markets was $115 million. In three years ended March 2003, the utility realized gross trading revenue of  $11.25 billion, although that sum was tempered by the $1 billion or so BC Hydro paid to end a subsequent lawsuit by California.

Although the American power market had been manipulated by Enron and other criminal fixers, Gordon Campbell and his colleagues believed that British Columbia could become a permanent power supplier to the western USA. Liberals wanted the electricity to be created by private operators, but it was soon clear that private entrepreneurs were not prepared to take significant financial risks.

The provincial government was determined to proceed so it decided that BC Hydro would sign long-term contracts to purchase power produced by independents at prices that made projects attractive to investors. This effectively transferred all business risks from private operators to the public. While dumb, it’s a fairly common occurrence today when governments are keen to be seen as business-friendly.

Compounding the situation was the Liberals’ misjudgment of future markets because they didn’t anticipate improved technologies and growing availability and affordability of alternative power. Consumption efficiencies, declining heavy industries and falling costs of solar and wind permanently changed the energy industries.

BC Hydro has contracted with independent power producers for increasing quantities at prices adjusted upwards each year for inflation. But, domestic demand has been flat for a decade and the export market in the last five years has returned only 2.8¢ per KWh, a fraction of the 22.8¢ gained in the heyday of 2001.

Because it is buying each KWh from IPPs at over 9¢ but has no need for the total it must buy, BC Hydro is left with two choices. One is to generate less power in its own facilities and the other is to dump power outside the province at prices less than 1/3 of the amount IPPs are paid. BC Hydro is doing both. 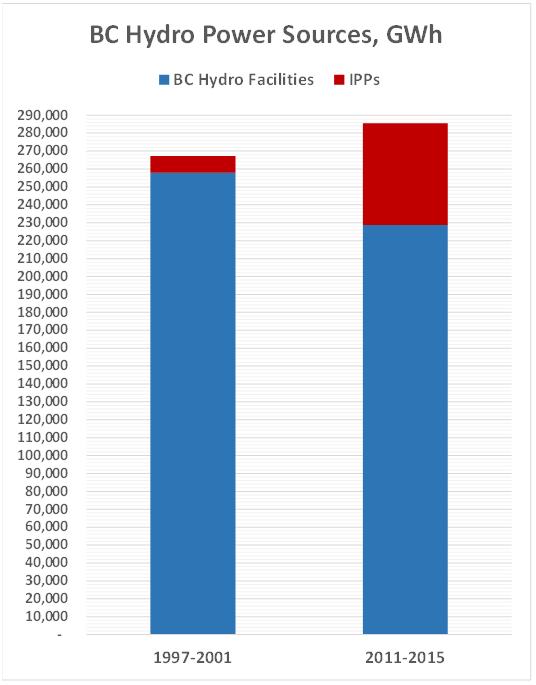 I’ve had utility defenders argue the company has never reduced its own output to accommodate private power so I reviewed sources of power reports for more than two decades. Here is a chart showing the last five years under Premier Clark’ leadership and the five years between 1996 and 2001.

However, here’s a vital point. In 2001, BC Hydro had assets of $12.6 billion. In 2015, assets had grown to $27.8 billion. The company has been spending heavily, allegedly to make the system more efficient. In fact, what is continuing is misappropriation of public wealth for the benefit of suppliers, contractors and other BC Liberal friends.

Some people believe the government intention is to privatize BC Hydro. However, I believe the present situation, with another $10 billion of public funds being thrown at Site C, is working just fine for Christy Clark, her cabinet colleagues and their sponsors.

Citizens should be asking for explanations, from politicians and the pro-media journalists who choose to ignore these facts.

A longtime blogger and publisher of In-sights, North Shore resident Norman Farrell has experience in a broad range of small business activities with a particular focus on accounting and financial management.